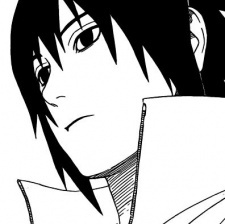 arimakenshin Jun 6, 2010 3:23 PM
I can see why you would see that as an annoyance. However, I took it in stride. Considering that it is a 1.5 hour movie, I wasn't surprised that the director took time to show off the animation rather than pack as much plot possible, which would result in a convoluted mess.

The TV series would greatly impress you. If you're looking for more movie similar to GiTS, then check out Patlabor 1 and 2 (especially 2). They're directed by the same person behind GiTS and are amazing cop/suspense/thriller movies.

Too much time + procrastination = me reading and watching too much manga and anime. I don't know whether to label my anime library as a sign of fascination or ridiculous waste of time (with a few exceptions, of course). :P

I hope you enjoy GiTS. Feel free to ask anything about the series or drop an opinion.

arimakenshin Jun 5, 2010 8:46 AM
I was actually excited to read Fairy Tail when I learned that it was similar to One Piece in terms of art and story. Unfortunately, it was not. The story was very haphazardly written with not much of a consistency or fluency like One Piece. The introduction to each character was weak which resulted in me not caring much about whatever their personal issues in the manga were.

I strongly recommend any of the series I rated 8+. You might want to check out Full Metal Panic!, Rurouni Kenshin and Beck.

As you can see, I am a huge fan of the franchise. The soundtrack is one of the best you'll ever hear in an anime series. Try to watch them all in HD.

I'll make a small list of manga recommendations for you soon. There are many cyberpunk manga that have amazing endings. Unfortunately, I found them all through trial and error so I had to go through a lot of bad ones. T_T

Regarding Fairy Tail, I suggest skipping it. Read One Piece instead since it features better characters and is a more enjoyable experience.

arimakenshin Jun 5, 2010 6:47 AM
I'll pass on reading it. My policy for dropped manga is to read the last volume and the conclusion was very unsatisfying. I didn't like the overall movie feel despite its great illustrations and detail.

If you liked Eden, there are many dystopian manga out there. I'll try to find some good recommendations.

By the way, you HAVE to check out the Ghost in the Shell movies and the TV series. They are a must watch.

arimakenshin Jun 4, 2010 3:57 PM
I noticed your comment on my opinion piece (which was a rough draft for a blog post). What did you think of Eden?