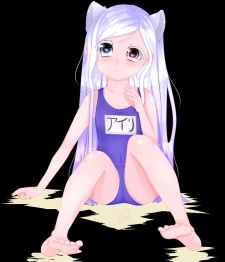 stybjs Jun 10, 8:57 PM
Hello I am Chinese, yes. What about you? I can understand barely Japanese.

stybjs Apr 21, 2019 3:26 PM
I can understand your languages. But are you Japanese or Chinese. Perhaps you use translation? Seirenn Feb 27, 2019 3:49 AM
ooooh, I like the descriptions u made about ur favs, gets me really interested in those series!!!
Oh btw, how long have u been a fan for anime? And how did u get into it?
Awww Shinobu is really cute character!!!! :3

About Zankoy no terror: It's really good bc it's psychological anime that surprises me every time and like I can't guess what's going to happen next. Also it has some really dark parts in it that excites me yet at the same time there's a little hope included!!! Bad sides in it is that the animation is different compared to stuff I like so it's sometimes rather plain looking, but it's not that bad. And it only has 11 episodes which is not that much, but it completes the story so it's all good. It just has everything I love omfg, I really suggest it. Even the characters are interesting!!!!!!!!

Seirenn Feb 24, 2019 11:53 AM
Awwww thanks!!! I tried to keep my profile as simple as possible!
Ur profile has a lot of interesting stuff too! And I saw u are Monogatari fan? Who's ur fav character in it?
I'm 18yo!! And about my top 3 anime, omg, this is a bad question!!!! I like so many!!!!! But maybe Mahou Shoujo Site, Yuuki Yuuna and Zankyou no terror. Tho it varies a lot in different moods but right now I feel those are the best ones. What about urs?