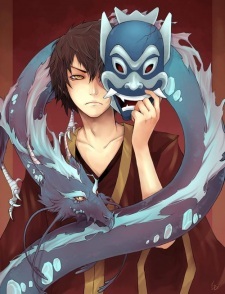 Kunii May 26, 1:35 AM
Yea, those were all pretty popular mainstream series from last year or so xD

Kunii May 22, 2:13 PM
Oh I see, hmm maybe Dr Stone, Demon Slayer, or Carole and Tuesday. Not sure if you have tried them yet since they are all pretty mainstream from last year xD

Kunii May 12, 3:55 PM
Yup, hopefully the vaccine will be out by this year, or if not next year

Kunii May 9, 1:02 AM
Thanks, i'm alright, been in quarantine a lot to0, with all places closed over here. 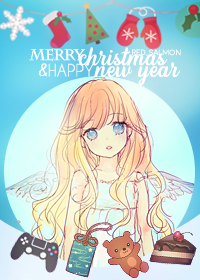 Dalekenium May 4, 2018 3:56 PM
I tried to find the border for this set, but the author didn't upload it, and cutting it out from the picture would be rather difficult with all those fancy swirls. So I was lucky he decided to feature Bernkastel on the Hermit card, she's been living on my profile page for a while now :3 I also love the Devil card, that's Zepar and Furfur, they are guarding my Anime list as well (be careful though, one of them is a trap, and nobody knows which one~). Be sure to send me your card if you manage to find any good borders!

From the memoirs of the ancient artist:
...So I was running out of space to place the third penguin, and then it hit me! L's head! It's so THICC!!! My neighbor told me he would pay real money to move there with his family and his entire flock of sheep...

Dalekenium May 2, 2018 4:16 PM
I'm really glad you liked it so much xD Can't take the credit for the Arcana Card though, I found this cool set from Umineko no Naku Koro ni a while ago, but I couldn't find a time or place to use it until now! Making one for yourself sounds like a really cool idea though, maybe I'll steal it next time I decide to change an avatar or something. Now I'm wondering which Arcana you're going to pick~
Also, umm, when you visit the velvet room, c-could you tell Elizabeth I said hi? (/ε＼*)

So I've heard you like symbolic masterpieces!
I also heard you like penguins!
And I've just happend to find this ancient painting,
I couldn't really understand what it means,
but I think it's filled with deep symbolism.
Maybe you'll be able to figure it out!

Dalekenium Apr 20, 2018 1:27 PM
Thanks! I know, right, it'll probably be the first thought of anybody who sees it and hasn't played Danganronpa. Well, at least, he's not actually a nazi, unlike my other cosplay option (Mercurius, Dies Irae). I absolutely adore those military uniforms though, so I can't help it :3 (love the characters as well, of course) And you're right about it being detailed, in game it was mentioned, that Kiyo takes 2 hours to put all this stuff on every morning xD I still have no idea how he keeps the bandages on his arms!
I haven't really made it myself though, I bought the entire uniform from a cosplay store in China. I still had to order separately boots, wig, lenses and the masks, and I have a lot of ideas for improving some of the pieces I have. So it still took me a ton of time, even if I hadn't actually done anything :p But, it might be worth it. And if it is, I'll defiinitely recommend you to give it a try in a future. Especially if you have a friend you could do it with! None of my friends irl are into anime（◞‸◟）

Dalekenium Apr 19, 2018 2:45 PM
I am, actually! How did you know? I never thought I'd actually end up going through with it :D First time trying cosplay out, and maybe the last one. Or maybe, the first time of the many~ The character's Korekiyo Shinguuji from Danganronpa, you might remember him from my first profile layout. What about you, ever done cosplay before? Or thought about it?
All Comments