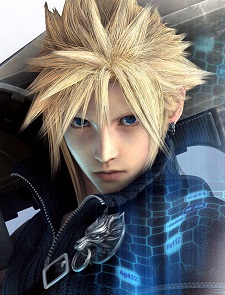 Morferz Oct 15, 4:30 AM
happy birthday my friend
last time i checked your list your were at 300 completed iirc
look at you now still going strong lol
good luck

PhKay Apr 14, 2:59 PM
Yeah haha same here, i will only complete the easiest difficulty for the badge, just that i spread it out over the year. Basically i watch whatever i like and check once a month what completions i can use. After my last check i realised Emma will complete my first row so that's why i'm watching.

So i checked your completions from the past two weeks and what stood out to me are Gakkougurashi and Saekano S1. Looks like you enjoyed the latter quite a bit. Who's best girl? xD Also the cute girls horror show was not for you as much? (6 is not bad but still...)

PhKay Apr 14, 11:34 AM
Haha you are a quick thinker my friend, and you are right: i am watching it as part of the AWC (anime with non-japanese main character to be precise).

HOWEVER what i started is Season 2 and i watched S1 a few years back and gave it a 7 at the time. May have been a little generous since i did nit feel like watching S2 immediately but whatever, i did recall it suddenly when i saw the challenge item.

It is one if those anime you would never think you'd like unless you try but i find it surprisingly enjoyable. It's very mellow and while it is indeed a "forbidden romance" story set in old England which probably has more appeal for my grandma than myself, that's fine! Because the focus on Emmas daily life as a maid is given enough time too and it's quite interesting + i just enjoy the setting. Pompous victorian era mansions are cool lol

How's the AWC going for you so far? I think we both aren't a fan of the bingo system...i decided to make it a little more interesting for myself by including a rule i made up for myself that i cannot start a new row before finishing the current row so it's kind of a makeshift tier system.

PhKay Mar 30, 5:22 PM
uh!? I have absolutely no idea how that happened. I removed this Reiko person i never heard of again. Thanks for noticing! Weird things are happening on MAL sometimes 😑

It´s really more like 1,000 MAL entries rather than 1,000 anime. As you know i add all bonus material and shorts and stuff too so the number cannot be taken 100% seriously. Many of my MAL buddies including yourself or also Yggdrasil founder Harus have much less completions but a much higher total watch time. (i also assume you would have reached 1000 a while ago if you included what you decided to leave out).

Regardless it´s still a cool benchmark to reach. Eromanga-sensei is my 1,000th! lol Nothing sums up the quest more than getting there with your average ecchi harem comedy!

anyways, how´s life in and out of anime right now? Anything noteworthy you saw in the past month? How´s it going with this neverending pandemic? We´re in the middle of the 3rd wave here and bars/restaurants are now in lockdown for the sixth month straight (they were closed a total of 9 months out of the past 12). I´m starting to feel increasingly bored but what can you do...

edit: i see you watched Anthem of the Heart just yesterday! I loved that movie a lot, it was even a 10 of mine for a while until i with a heavy heart reduced it to a 9 during my re-rating phase. It gave me feels man, i felt so sorry for the main girl i wanna hug her all the time.

3miL Jan 31, 6:18 PM
It's to be expected, I guess. The fandom is huge but is discreet unlike with anime I guess

Well, to be fair it doesn't affect me that much too. I just hate the fact that a lot of them likes shitting on the good old days as if the current trend is objectively better. Yes, it's good that anime is mainstream now so it's easier to watch but it also invites a lot of shallow spectators who demand shit so much so that cancel culture is also being applied here. And that sickens me

But yeah, outside of the mess that is the fandom. This, I totally agree with you. Sadly it mostly has things to do with sales, I guess. Or popularity idk

3miL Jan 28, 10:41 PM
I'll probably start my way around that 00 one as you recommended and try out some of the 25 ep ones when I have better time. Coincidentally this reminds me of Ultraman. I only finished the Netflix anime last year and I got hooked to try the real franchise.

Seems they started making 20 ep Ultramen from 2015 but they were mostly 30-50 eps originally. And thanks to that I also got interested in trying out kaiju films, usually the Godzilla vs "X" ones. I've finished the Godzilla anime films last year too. Damn the old days when tokusatsu was rampant and lots of space/mecha/shounen were pretty much the golden age for me. Now it's all donghua/kpop and shallow anime with even more people shitting about the surface level things they see in the industry, not realizing how old and rich it is. I swear, pearls before swine lol

3miL Jan 27, 5:44 AM
The whole list looks more than 2x larger than Macross lol. I'll have to see which interests me. Those are mainly production order right? I can jump between seasons or no?

3miL Jan 22, 10:32 PM
I see, well it may be different for me, I think Macross had good romance and the lightweight puppy love on other mechas are ok with me. I know Mecha doesn't really focus that much on that except for some part of DitF and Eureka Seven, but we'll see

Are you a member of this club? DO they have an entry for the entire Gundam series?

3miL Jan 20, 6:18 PM
I see. Kira Yamato is probably the only Gundam character I know, alongside that pink haired girl he seems to be shipped with. I wonder if the romance is as good as Macross 1?

But aren't all of them 50 eps? The 3rd Macross is and I plan to skip that for now, I'll jump to the fourth as I might try to check out Zoids too

I hear it's a damn big franchise. But, I have been considering seeing the first one at least. That's the one with Kira Yamato right? The shipping there still somehow lingers in my memory.

PhKay Jan 10, 11:17 AM
yeah unfortunately...i´m not a fan of the bingo system either. Checking which challenges make up rows which are coompleteable without losing anime quality is a pain. There is no way i´m gonna do a full card. Also if you can watch all year without any particular order it kinda defeats the point. You can literally just watch anime normally all year, sign up whenever you want and fill in the anime you watched in the card later. Most of them will fit somewhere, and if you watch enough of them, they even make lines without you even trying lol

It´s ok though...i dedicated the entire last anime year to AWC and i do not need to do it again immediately. Just watch stuff and complete a lower level will do this time.
All Comments