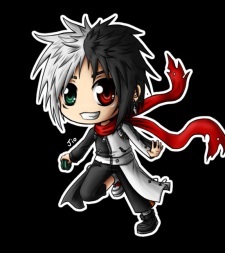 FullyCharged Nov 18, 2019 1:42 PM
Mh, well, there is opinion, and personal opinion.
As long as there are some "facts" that can be discussed in a constructive way...that's science.
Science may not be without flaws, but it's not about personal feelings, for the most part at least.


So your take is that a big part of the first volumes were actually retconned with Mother's Rosario and later parts, hm? It may be as you say.
But personally, I think the author had very clear in mind what he wanted to write.
(Speaking about retconning, Progressive is more like that, to tone down a little bit the "Kirito god" aura, that was never true btw, he wasn't that overpowered in aincrad, we just got shown too many noobs)
I still feel the story itself is built goodly enough, even in the first part.


The whole incarnation concept isn't even something new at all, outside of SAO, and even outside of anime.


The whole scene in ALO, with Kayaba's speech and Kirito getting up and beating the bad guy's ass isn't just to give him the seed imho, the scene is very heavily inspired from other shows, as it looks awfully similar of a certain scene of The Matrix (not sure if you're familiar with the movie), another heavily inspired show with similar themes.
I could play the two scenes I have in mind frame by frame and I could align them to an extent.


I think the idea of Incarnation was present all along, there are some possible hints in the very first volume, for example with the way activating skills works in the game (Kirito explains them to Klein basically few pages in).
The game itself is immediately presented to you of your mind projecting in the world and acting into it through willpower, according to the rules of said world. You start the move, the skill gets initiated. The game draws a boundary to disallow you from doing what you're not supposed to do, by letting you what you want to do but within the game rules.
However, as we know, Incarnation is just the user forcing the willpower (as what you can do in your mind is limitless) beyond those rules, that are necessary for the machine running the software, but not for the "hardware" (the human mind) player itself. And since the machine cannot brainwash you but only tell you "You can't do that!", the mind wins over the machine and does "that" if it wants to anyway.


Then there's also Yui's character that shows you the direct opposite of that concept, where the software itself gains a willpower of its own. In a way she preceded Alice as a true "bottom up" AI, and she's also one of the reasons Kirito and company started realizing, developing and actually using the incarnation powers.
Someone may reduce Part 1's "Incarnation" to a "power of love" or "power of friendship" asspull, but isn't it just a strong feeling that can help putting more of your mind (and willpower) in what you are doing, thus allowing you to go beyond certain limits?
That's literally the same thing. It's just a matter of how much you can control it.
And we literally saw it in the last Alicization episode, with the glitches, where incarnation was being used but not consciously, all because of a strong feeling (of fear).


About the nerve gear, the whole "frying the brain because so" always looked a lot fishy, to me.
What if it was just a constant feedback loop between the user's brain and the virtual reality? If did to a certain level, it makes sense for the physical body's mind taking damage if the body in the game takes damage.
The next generation devices (like the Amusphere) for full immersion were way more "vanilla" than the nerve gear exactly to reduce the game backlash on reality, probably trying to limit the interaction to the other way around (the mind having effect on the game).


Also why Kayaba would have done something like frying his own brain? My opinion is that he just completely "CTRL+X - CTRL+V" his own self from his body to the virtual world. I know this was said later, but I had this idea way before I even read Alicization. It just seemed quite obvious to me. Yeah he had the seed blabla, but the main thing is that he wanted to live there, as he thought that would be the future world, let's be honest.

About Alfheim, it was literally a copy paste of SAO made by Sugou, so by copying that, he also transferred Kayaba's "soul" along with it.
This also proves why the whole Kirito's character, abilities, inventory, YUI, everything, was in ALO too.
(and this also was his fatal error as he silently copied a sysadmin account with full privileges that ended being his demise later)

FullyCharged Nov 17, 2019 8:50 PM
Why should I turn them off, it would remove the fun xD
Also, what if I'm asking something not opinion related? How do I see the answer? xD


Anyway, with the part you quoted, I was talking about when in S1 Kirito was dead (killed by Kayaba, HP went to 0, "you are dead" screen appeared) but actually didn't die immediately, and not only that, he also stabbed through the whole Kayaba along with his (probably programmed to be) invincible shield.
Nothing like that could be possible, with 0 HP you can't even exist, yet he managed to keep existing, including overcoming an infinite defense (Kayaba's shield) with a "finite" weapon.
That's one of the biggest instances of Kirito using "Incarnation".
(Another one example: Asuna overcoming the paralysis by herself, that supposedly can only be lifted by another player's intervention, and shielding Kirito. This too).
The second Kirito's incarnation example I could make is still from S1, when he overcomes the super-gravity and the fact he's stabbed by a giant sword in Alfheim to save Asuna from Sugou. He just gets up and the sword slips out from his body like he's never got stabbed, and like the gravity is perfectly normal. And he's stronger than his enemy too. Again, not techincally possible but he did it.
(then Kayaba helped with the admin console hacking, but the rest was genuinely Kirito's work)


SAO has several of those moments.
Countless.


More than often I get told that all of those are asspulls and/or do not make any sense, but it's just the same system.


The difference between SAO and AW is that in the latter the system gets actually explained, and then studied and exploited willingly by the characters, in SAO it's just pure instinct that gets unlocked in some moments.


In a way SAO is more hype-y with these bursts of willpower, but in another way it makes you a little upset because no one really explains it.


Though, Kayaba hints it to Kirito two times when he talks to him: before Aincrad ends, and also before telling him to get up when he's on the ground (and stabbed) in Alfheim. I'm referring when he mentions Kirito "overcoming the rules of the world he himself created"
What's that if not incarnation?