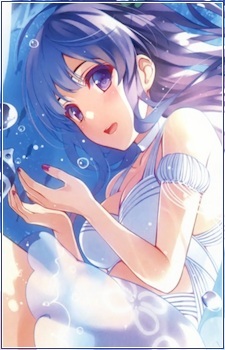 AIM: remember when MAL
MSN: used to have
Yahoo: these as part of our profile??

Warsada Aug 27, 6:35 AM
you were born 1963? what was everyone sayin back in the day, when neil armstrong was on the moon? was everyone excited or something?

dasbattousai Apr 19, 2:59 PM
Sorry for the super late reply. I haven't been active on MAL for a really long time.
Yeah, Anime Expo is something I like to do yearly. Unfortunately, due to Covid it was a virtual con last year and this year as well.
I've always wanted to go to SacAnime but it's a bit too far from me.

With all this craziness going on, how've you been?

Seems I exaggerated a bit! It was only about 4 hours! >.<
It was when I was younger and my dad took my family to his work place for Christmas, we all had to fly out there and so that was my first experience
OH MY GOD! That is such an awesome picture, it was kind of like that tbh. Even travelling through the city we had suits on haha

Well... That kinda depends where I'm at in life >.< but hopefully spending..
That's actually a really hard question to answer, like I can see the talent they have and how much effort they go through, but I also love old wrestlers, so the ones I grew up watching (Undertaker, Stone Cold, The Rock ect) but if I had to pick one now, it might be Seth Rollins. He's just so talented and you can actually see it when he wrestles

Fortnite is the same as Apex, as in maybe the genre maybe but I would say they're entirely different games tbh
I do try to listen to all the new popular pop songs but I don't go out of my way anymore
Sorry but I don't listen to jpop anymore haha but I'm sure you could find some good artists fairly easily
German music is actually pretty hype, I guess you just have to like what you're hearing or you won't like their music and the German language isn't so bad either so I enjoy listening

WAIT, a moth infestation?!?!?!? So they took over the entire dorm? That's actually crazy, I would not have enjoyed that one bit
Haha that's not even that bad of a site, seeing that is quite common in Australia with any type of bug aha
I have arachnophobia though so it's a little different. I'm terrified of even small spiders >.<

If I had to pick something to cosplay as, it would definitely be an anime character but I'm honestly not sure which one. I also wouldn't mind cosplaying as a female either, say like Zero Two

Nawh, can you pat my head some more? *pouts*
You'd be quite surprised about how many emotional moments are actually in Naruto!

Sure, but maybe next time ;)

I finished the anime and I absolutely loved it. Besides for Greed Island, I honestly loved every moment of it. The Chimera Ant Arc got emotions out of me that I haven’t shown in awhile. It really made my eyes sore from all the crying. For my favorite character, it’s a toss up. It’s either Chrollo, Hisoka, or Meruem. It’s just something about those HxH villains that strikes me the right way. How about you?

What crazy circumstances have happened since we last talked, all this crap going on in the world is just crazy. Just like you, my motivation to run has faltered, but I still do it from time to time. Hope to see you get back into it sometime soon, a little bit of exercise really changes your mood for the better. If I could ask, what do you like to do with your time now?

I’m sad to see that you’ve cut anime out of your life, but I have to say that I’ve cut down my anime consumption too. I can’t watch nearly as much as I used to, but I still do from time to time. Even if I don’t watch it as much, anime really taught me to appreciate different culture’s forms of media much more! No matter your decision, what you want to do is your best option and I hope you enjoy whatever your doing in your life now! It really means so much to me that you came on just to respond to my comment, and to be honest, I did just the same for you! :)

Whatever you’re doing in life right now, I hope you’re making the best of it and enjoying it every step of the way. Stay strong during these harsh times and I wish you the absolute best!

I gave you your first comment? That's crazy.
How ya been? You finally in high school?

How have you been? I'm happy to see that you're back!

How has life been treating ya? Keeping up with animu?