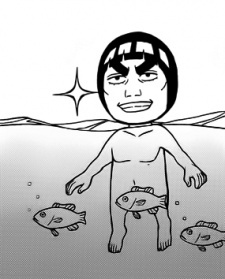 PsychoJDM Feb 19, 7:48 PM
YOUR A FUCKING PARTY POOPER BUT WHAT DO I EXPECT FROM MAL USERS NOWADAYS

Hokage_Jason Mar 26, 2020 8:03 PM
Lol after seeing your thread I decided to come check out your profile and see if anything had changed; Amen, recency bias is a real bitch XD

Also, not new, but your profile picture has always cracked me up. Might guy is the manliest of mans.

BiDiGiN Feb 27, 2020 4:24 PM
Yes they both are single volumes of around 300 pages, I gotta blame myself for not being able to remember more of it

BiDiGiN Feb 27, 2020 7:36 AM
It makes a bit I've read them so yeah I might be a bit off the mark, Cardboard is a coming of age story where this kid gets as a present cardboard from his father, they are pretty poor, and the son despite being dissapointed still agrees to build stuff out of it with his father. They realise the cardboard is magic and everything they create comes to life. Shit hits the fan when somebody (or the cardboard man I don't remember, he's the first thing they build) decides to make stuff on their own and their creation are evil.

Ghostopolis is about a teen that is mistakenly sent to the afterworld and the ghost cops have to go retrieve him. It's also a coming of age story. I don't remember this one that well, I should probably reread it (or them actually). Both have a certain focus on family. It definitively is more for a teen audience but never gets idiotic or immature.

BiDiGiN Feb 23, 2020 3:35 PM
Just wanted to recommend you to read Bones and Douglas TenNapel's stuff (my favorites are Ghostopolis and Cardboard). I don't know into what kind of comic books you're into but it might interest you I think.

Kiyomice Jan 15, 2020 1:06 AM
I am extremely surprised. It deserves the utmost praise. I am happy to have made your night.

PMD Jun 9, 2019 9:48 AM
I weep when I realize my brain is so small that I cant even consider someone like Kansai a favorite. Her story arc is incredible and she's a perfect character in every sense of the word.

PMD Jun 9, 2019 9:38 AM
I feel ashamed. I could never live up to the impeccable taste of having someone like Mumen rider on my favorites. When it comes to anime, I am indeed the lowest common denominator. I dream only of becoming someone like you.
All Comments