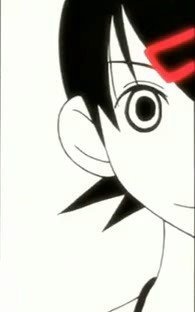 NiceIceWeiss Oct 31, 2017 3:15 AM
No, I don't believe that either of those particularly apply to me. I mean, I'm probably seen as very young to someone in like, their forties I suppose? In which case if you are in your forties, I would have to rectify my initial statement.

Driffdruff May 27, 2013 2:57 PM
Jup... Actually didnt know there was a first season. The reason I gave the second season a bad review was because It went from being fun to plain boring.

Hajin Mar 29, 2013 12:02 AM
Hm...I think mal is a better venue for our conversations, at least for now. I'd like to hear you're oppinion on how this season went and how next season will go.. but I'll save it for tomorrow since its getting late..

Are you on aim or any other kind of im?

Congrats on the Argentine Pope! I'm not Catholic or even christian but I don't think its a coincidence that I make a friend from Argentina just a few months before the first Argentine Pope is selected... The cardinals were obviously reading our conversations about the current anime season and liked what you had to say. Should I call you Nachotee the first, the holy Nacho, or your Nachoness?

Are you sure you're a lolicon? Most lolicons I know wouldn't be able to even watch senran kagura... No reason to be sorry unless you kidnap children and keep them in your basement, in which case you should turn yourself in and make sure you're prison cell has WiFi so we can still chat.

The tsundere did make Oreshura a lot better..very cute.. It was on its way to 7 but now I think its on its way to an 8. THIS SPOILER ACTUALLY SPOILS SOMETHING:

Totally didn't expect his best friend to be a reverse trap..
Sometimes I wonder if I'll ever get sick of harem anime...Then I return to my senses and remember that I go to a college with 3 girls for every 100 guys so one guy surrounded by 4 girls is completely dream worthy. Vicariously I live through every protagonist no matter how hetare he is! They're all better than bleach anyway!

Speaking of harem anime... I think I noticed not to long ago that you're also watching Boku wa tomodachi ga sukunai next...The recent episode was incredibly eye-opening...

I had no idea the main character was faking his stereotypical hetare love-ignorance. Completely changes my respect for the show, which was already pretty high. Btw who's your favorite girl? In the first season mine was yozora.. Then the second season her cruelty to sena just became a bit too much for me and Rika's character became a lot more interesting and endearing. So Rika's my favorite now... Though I wish she was a Senpai character and not a Kouhai character...but that's just personal preference.. Her pervy-ness is still hilarious even though she became more of serious character than before..
whew hope I didn't spoil anything for you...

GJ-bu is soo good -u- ... I love Mori (the maid), I re-watched the twirling scene like a million times.. It just instantly relaxes me and I feel completely at peace... Once I get my external hard drive I'm going re-download all the episodes and just keep them forever. Its definitely headed for an 8 or 9 depending on the ending.

Woah... This is the first time I ever checked my Bit Torrent help stats... I've uploaded 3.8TB and downloaded 733GB....Had no idea I was so generous...Maybe I should be nominated for sainthood... Anyway I'm getting an external hard drive for my 21st birthday! 2TB! I'm so pumped! :D My HDD on my Desktop is 683GB and my laptop is 457GB...My desktop has 84GB left and my laptop is half full so I've had to delete and throw a lot of anime on my laptop. I used an 7GB flash drive to move stuff back and forth... So exhausting... Btw is uTorrent better or worse than BitTorrent?

Sasami is a slow slow slow excursion... But I will probably never drop because its shaft.. Speaking of shaft, I've been trying to watch hidamari sketch but I'm having a lot of time finding the first season.. I think I saw it on your list before so if you could help me find a place to watch or download it, I'd really appreciate it.

Its been a while since the last time I played Muvluv but I get the urge every once in a while. I'll leave the Muvluv discussion for later...

You don't have to keep it sane or short. Comment as much or as little as you want. Again I'm really sorry I haven't replied until now.. :<

Deactivated101 Mar 17, 2013 4:06 AM
I like talking about anime but i will not start a debate over a forgettable title such as Kotoura.

And anything is defined with light, GPS or not.
All Comments