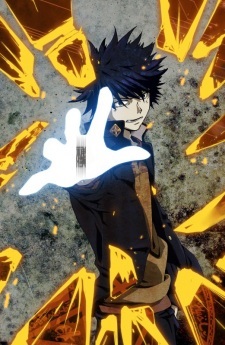 abystoma2 Feb 16, 12:50 AM
Yeah, the artstyle is unique, but that's part of why I liked it so much, though I understand that it might confuse some.

"But I'm rating Musics & Specials on a different scale mostly because it's not the same production value as some TV, Movies and some OVAs" is correct, but you're going about it in the wrong way - music videos shouldn't be rated low just because they don't have the same production value as full lenght tv series - that is just part of the format. Music videos should be judged on the account of being music videos, it doesn't make sense to mark them as worse than average just because it has a short format - it would be like downrating an OVA because it doesn't have as much episodes as a tv series or downrating a manga because it doesn't have a sound. They shouldn't be expected to compare to other categories as they were never meant to do so.

2/10 is a terrible score close to being to the category of "worst I've ever seen", and I don't think it deserves that even if you didn't enjoy it much. Similarly, 6/10 is "fine", not at all close to "extremely good".

abystoma2 Feb 15, 2:22 PM
Hi, I've seen that you've given quite low score to Kanashimi no Kodomo-tachi. On the contrary I quite enjoyed it - to the point that I consider it among the best music videos in MAL database, so I was wondering what you didn't like about it?

MisoSmart Jul 21, 2017 4:14 AM
Hi there! it's nice to meet you :D I've recently made a new club and I'm looking for new members to join. The club is called "Midnight Snack" and is all about making friends and discussing things. A bunch of activities will be made in the near future when we get more members.

HarutoIrochi May 12, 2017 9:58 PM
Hey! Long time no talk! I 'm looking for a really good romance story, do you have any recommendations?