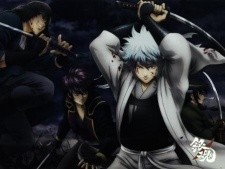 Karma-Senpai Jun 5, 2019 9:46 PM
Just finished the "My girl" manga and I felt the exact same way. The male lead was annoying. I really can't stand indecisive characters that are constantly depressed and over-worrying. Worse yet, he didn't even show any character development throughout the series. How does someone go from living a boring life alone to raising a daughter and have 0 development lol.

I really couldn't stand him throughout the last 20 or so chapters. And was I the only one who found it strange that the MC was supposed to be 23. Yet throughout the series, the way he acted, thought, and talked made him look like a 40 year old. He didn't have a single hobby and still don't even know what his useless job even was. All he did the entire series was reminisce about his dead gf.

Air-117 Apr 3, 2018 8:35 AM
In anime/manga they often call going out with anyone even a daughter with her father or two girls a date. It wasnt romantic as bf/gf or anything date meant he just wanted to hang out with her its why she didnt really have a problem saying yes.

PeasantChan Sep 6, 2016 11:35 AM
no problem friend, have fun with whatever you're watching this season!

PeasantChan Sep 6, 2016 8:33 AM
Just feel I should warn you, that butthurt fanboy bitching about Re;Zero in your comments did the same for me too. Best I can figure, he literally created a MAL account just for the sake of complaining, I wouldn't take him seriously.