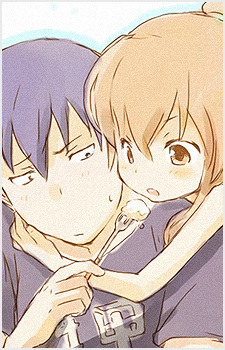 Mormegil Oct 25, 6:27 PM
Yeah, I hear you. Used to write essays in the forums here! Then I got tired of doing that and the forums could get very toxic. Not to mention there wasn't too much discussion to be had. So now I just leave a mundane sentence or two, but sometimes I'll write a paragraph in the last episode discussion thread to organize my thoughts.

It's awesome that you're such a big fan of Honey & Clover. I really need to give it a rewatch. It hit me at such a perfect time in my life, as I'm sure it did for many. Was nice to get away from the usual high-school life anime too haha. Umino Chika's other series, "March Comes in Like a Lion" was also really good.
And Chihayafuru is fantastic, but for some reason I never watched the 2nd season. Need to rectify that one day...

Mormegil Oct 22, 4:58 PM
Hey, thanks. That's very kind of you to say so, and to even go through the effort of reading my long-winded tags. Haha.
Honestly wish they'd let you write more on the tags, but there's unfortunately a limit.

I see you do the same! The great thing about having the option to write a little in your own anime list is going back years later, and remembering why you liked or disliked a certain show from years past. My memory is not too great, especially with the sheer amount of anime out there!

would u be willing to join my club, Soon we're goin to Giveaway some cards soo...
Plss join :)