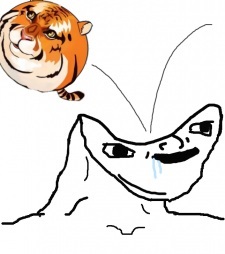 TheMageKiller Jun 15, 2016 6:48 PM
Well then I guess I'll just stick to Kai in addition to any new movies and forget all about GT & Super lol

TheMageKiller Jun 15, 2016 5:40 PM
Oh well fair enough, I heard mixed reviews so thanks for the heads up then

TheMageKiller May 5, 2016 10:17 PM
Hey I saw you're a Dragonball fan but gave a 1 to Super, what's the reason for such a low ranking? I've only seen through DBZ Kai but my friend keeps telling me to check out Super so I was just curious as to your rating.

Okay I'm going to put a solid amount of effort here starting from, well the top of your list. Can't wait to talk to you about stuff. I'm bored so I'm doing this. Can only talk about stuff I've seen so can't say shit about dragonball or naruto.

Akira - While you seem to like this movie more than me, I respect someone liking it. It's definately a classic, and it got me interested enough to consider readin the manga soon.

Cowboy Bebop - Seen a few episodes seems about fair, I understand people rating it a little lower, and a little higher i've seen it all you're about in the middle.

DeathNote - I gave it an 8 as well. I rewatched this resently and I still love the first arc. Second arc still sucks. Too bad, but yeah a cool thriller.

Elfen Lied - Too high in my opinion. Don't see how it is of the same value level of other shows you gave an 8 to. It doesn't really tell a full story, and it all seems rather silly and very incomplete.

Evangelion remade movies - All seem about what I gave. Movie 3 being the lowest.

FLCL - I gave it about the same seems about right. It's a nice coming of age story, that got a timeless artstyle. I rewatched it recently as well and still laughed and enjoyed it.

FMAB - Sure, I like it more as it's just so many quality episodes that is a nice watch, but as long as you gave it a solid ranking I'm cool with it.

Ghost in the Shell - Movie seems like a solid rating, the series is a bit low perhaps? I haven't started it so I can't really say but I though that it was supposed to be better? Eh I can't say much.

Higurashi - seems a bit high, but I like how we both liked the first season more than the second. The end of the second got a bit silly, but still had it's strengths. Yeah whatever.

Hotaru no Haka - Another solid movie. I understand the rating

Jin-Roh - almost finished it another solid movie I understand the rating.

Monster - Yuppp, I read the manga and watched the show. It's a great series I think we both really liked this show :)

Neon Genesis - An amazing show I agree. Seems we both really like our evangelion, love seeing fans of the show.

End of Evangelion - The greatest ending to anime ever, can't get enough of this movie. I fully understand the rating dude. I can watch this over and over again. I beatiful work of art.

Perfect Blue - I really really like this movie. I think it is in my top 3 fav anime movies, so yeah once again I agree. You have had really good taste witth movies so far.

Trust and Betrayal OVA - Yeah I'm a sucker for this as well. A cool story told in a few episodes, I agree more or less with ur ranking.

Attack on Titan - Eh, it's an above average show, while I think it's a little worse than you, I can't argue much. I just think there are shows u gave the same ranking that are much better, but yeah. Not that bad.

Fullmetal Alchemist - I heard the first half is better than FMAB, so I get that you ranked it higher than FMAB. I'm pretty sure FMAB stays a bit more consistant and wins in every catagory besides the beggining unless u are someone who hates on the silly moments in the show.

Well that's about it, the other shows you ranked low I agree with, so all in all it seems you have some good starts to getting into anime. You haven't seen much ( and neither have I really), but you are off to a great start.

You should probs watch millennium actress, you seem to like the exact same movies as me. It's a good movie u should see it.

Also not sure if you like this kind of anime, but if you want silly fun anime that isn't tecnically a comedy, but I find very funny a few shows could be... Gurren Lagann, Kaiji, Jojos, and Kill la Kill. I like to think those shows I listed are pretty easy fun watches that have a sense of progression unlike maybe a full comedy show.

Anyways ask any other questions you want have a good day.