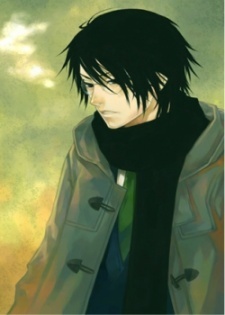 Miya- Jul 30, 4:36 AM
An almost two month reply! Granted, we do have the occasional pop-up message on Steam so I'm not sure if it counts that I haven't talked to you at all for two months.

Woah, you can be insanely in-depth and committed on things you're passionate about, huh? I mean that as a compliment- I can't imagine the amount of hours you've logged for each game (both Pokemon and AC per discussion) to be able to rack up the achievements you've mentioned. I'v played maybe, 4 or 5 titles of the AC series- never really too into badge/trophy/achievement hunting. I honestly just play and immerse myself in the story, and then kinda internalize for about a week before trying to move on with a different game, lol.

And yes, I'm very much guilty of leaving games unfinished ahaha which is contradictory to anime since I stick around with most anime series I watch, no matter how bad they are. It's the completionist in me for anime that I can't find in games heh.

Honestly, during the start of the pandemic and quarantine, I was thiiiiis close to getting a Switch, hell even the Lite version would suffice. The desire to play Animal Crossing was almost too much- keyword: almost. I don't think I'd have much use of a Switch now, seeing that a lot of games I want to play are available on PC, so might just pocket the savings for something else.

I hear you on the whole PC vs console gaming thing- though I do enjoy the occasional pcmasterrace jokes (a lot of this stems from my jealousy of wanting to own a console, of course) :P though that should never limit anyone to stick with one thing, or shame the other. In my case, it weighs a lot on practicality- as a software dev, a PC/laptop is a need. So even though as much as I would like to own a console, the benefits of having a PC (in my case) far outweighs the other.

The flow of this reply is everywhere, sorry LOL good to know you're alright and taking the necessary precautions! Ah yes, people can be... really stupid, no doubt about that. Insensitive, as well- who knows how many people they're endangering by going out for nonessential stuff (i.e. partying, hanging out with friends), especially the vulnerable groups. And yes, I have heard of the protests going around- and while I don't want to be political on this platform (as there's a right place for everything), I really do hope this sparks a change in the current system now that people are becoming aware of the injustices occurring; may justice be served.

I haven't checked your Trakt account in awhile- will do so in a bit! Are there any movies or series you can personally recommend? Or anime series? Now that we're all holed up at home, I bet you've zoomed through a lot of shows (hell, your watch times are probably more than what I consume in a year, maybe two!)

Alright, there's your reply- and I do stand by what I said: feel free to leave me hanging for months and I promise I won't guilt-trip you or anything! (...though you can also take pity and be nice and reply sooner rather than later ;__; ) talk soon!

Miya- May 8, 6:21 AM
Hahaha I'm sorry! It's good blackmail/cover-my-ass material- technically you could also counter with my 3-year late response, and now my almost 2-month late one!

Ah yeah, sorry- they're a bit outdated yes, but I'm all for closure: I'm surprised to know you're the type that'd keep at a game even though it'll turn out poor, though I'm the same as well (for some games). Also interesting to know your thoughts on it- after all this time, I still have not played or finished any AC games after Black Flag lol but I'll try to find some time now! It's funny that our last convo was about AC since the trailer for the new one just came out as well- kinda reminded me of God of War.

For FFXV, yes I've played some of it! Never finished due to workload- I also enjoyed the movie, though that's not what the general consensus is lol And no, I did not get any $$$ that Christmas to get a 3DS hahaha in retrospect, not sure how much use I would've gotten from it.

I think that about wraps up the comments, other than the recent anime you watched and that you're on Crunchyroll. And now to regular programming!

I'm glad you're doing well, despite the pandemic. Isn't it crazy how we're living through one in our lifetime? I hope the numbers aren't too high in your area and that you're keeping safe!

Oooh you have a Switch!! I.. do not HAHAHA so to answer your next question, yes I'm still very much a dedicated PC gamer, but I'm very very tempted to get a Switch or save for the PS5- kinda leaning on the latter. If I had a Switch, it'd probably solely be a Pokemon and Animal Crossing machine. As a longtime Pokemon player, how are you enjoying Sword/Shield?

The Witcher series is great! I can't wait for the second season- and you weren't kidding about watching a lot of movies! Just checked your trakt account and you've watched more movies in 2-3 months than I have in a year! Wow, also found that you're recently liked (?) movie is Interstella 5555- may I know why you've rated it so highly?

Waiting kindly for your response :) and no worries, assume away hahaha also my Steam is astrocred!

I hope you're doing well mang! If you remember me, it'd be nice to pick up where we left off in our talk- but that'd be difficult so I'll start this new conversation with: play any new games recently/watch any cool shows?

Looking forward to hearing from you- and hopefully not as long as I kept you waiting! (But to be fair, you once replied like 4 years after!)

Wow, an Atari. Never had one of those. I've had all the Nintendo and Sony systems you've mentioned though, plus the Wii, WiiU, PS Vita, Xbox, and Xbox360. But I only still have about half the systems I've owned.

bastard_of_young Mar 23, 2017 8:12 PM
Yeah, I ended up not getting MEA and my friend's been upset with it all day. He's been sending me anti-Switch videos to try to make me as miserable as him haha.

I definitely don't have 13 now, but maybe over the course of my life. I mostly use my PS4, PS3, 3DS, and Vita, but I've got some older consoles I pull out from time to time.

Apologies in advance if ya comment back and I don't respond until tomorrow. It's game time, my man.

bastard_of_young Mar 23, 2017 7:18 PM
Read an article that they fixed the Joycon sync issue for the new ones, but there are articles on how to fix it on the old ones I believe. Originally went in to get the new Mass Effect, but they brought in 5 Switches 2 minutes after I entered and the rest of the customers immediately bought the others, it felt like the Universe was telling me to buy it, dumb as that sounds.

Nah, I'm primarily Sony, PS4 is my go-to. But I got Nintendo consoles far back as the NES as well. I don't really Xbox though.

bastard_of_young Mar 23, 2017 7:03 PM
I feel ya man, again no hard feelings if ya don't wanna accept. I don't mind having a bunch of friends on here personally (obviously as I'm sending out requests), means more brains/perspectives to pick about stuff and my comments section can serve as somewhat of an abridged list itself.

No worries about not replying immediately, we got lives outside of here, just finished dinner somewhat recently myself, just checking in for a little while before I immerse my ass in Breath of the Wild (a Switch stumbled into my arms today by a miracle of coincidence).
All Comments