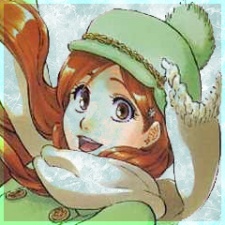 Both of these series are taking place in the future, and both have very beautiful, but computerish graphic.

There is a lot of fighting in both stories. In Bleach every shinigami has his/her typical zanpaktou technique, the same goes for Claymore (but with swords). In both stories the characters fighting against some kind of evil creature (in Bleach: hollow; in Claymore: youma). The main characters (Ichigo (Bleach) and Clare (Claymore)) are similar in that they want to became stronger for some reason (in Bleach Ichigo wants to become stronger to protect his friends; in Claymore Clare wants to become stronger for the sake of her revenge).