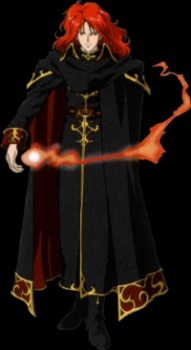 RealCW Apr 16, 2019 10:45 AM
I'm harsh with JoJo because I have literally NO idea why that show is so beloved. I went into it really wanting to like it and it was beyond one of the worst things I have ever experienced.

It's just pure spectacle and that's what people love; there's no other explanation from anything I've seen with fans. And that's fine.... some series just do that well, but don't masquerade like it's some epic character journey or something else. That's what annoys me.

And it's not bitterness or anything, I just thought it was THAT poor, in that I would literally give it a 0/10 if possible. The only anime that ranks less for me is Dragonball Super. (Which is a literal -100 for me)

And, yeah, YYH isn't a masterpiece and it's got its own shortcomings, but for a 90's shonen, it's really top-notch. And honestly, same with JoJo, I wanted to love HxH too, and it just fell flat. It took a lot longer to fall apart than JoJo, sure, but it's just not my preference. Both are fairly meandering, I suppose, if I had to try and explain it. And that is boring. That's exactly WHY I don't generally like big shonen series; they all adopt that never-ending, eternal padding, no-end-goal, approach.

Funny that you'd say that because I absolutely detest HxH and went in with high expectations, since it was more from Togashi. And.... it started off well.
Basically what the first series covered was really good (The exams).... and then it got into the over-reliance on power explanation and it quickly became "The best friend boys' meandering adventure".

(Tell me one defining personality trait of the Nen teacher they met. He literally had no personality past he didn't tuck in his shirt.)
The show was getting worse.

I stuck around past the whole arc with Kurapika (whatever it was called), since I had heard it was the best bit, even though I wanted to quit well beyond that.
And while it had some good parts, the characters were so poorly defined and plot points came out of nowhere; my eyes were rolling back in my head.
And then we got to the next video game arc, where the narrator for the next episode LITERALLY states "That's the end of this arc! Next week, we start this one!" And... you're defending something so pandering like that? For real?

And so I watch the struggles to get this game, which was contrived as all hell how they actually manage it. And literally the first thing we're greeted with is "I know you put all this effort into this game to find your dad, Gon. But you won't find him here." Basically just confirmation of "This arc is going to be another huge waste of time."

And that was it. I was done. I know the Chimera Ant arc is wildly praised, but I'd have to sit through the lamest arc yet and I simply did not care whatsoever about these characters. This was not the Togashi I love.


And with YYH, why are you so quick to throw it under the bus? I admit the later arc is super rushed (and even more-so in the manga) and it felt like Togashi was running out of steam. In fact, the fact it got aborted when it did (and the anime gave it its nice and fitting ending) was a blessing in disguise. It was about to turn into something as bad as Naruto or Bleach.

I don't know if you watch the dub or sub, but the sub has just some very subtle and nice characterization of everyone, and the chemistry is great. And it's the shining example of a shonen series done correctly. How to do set up powers, how to do a tournament, and the anime is a literal perfect adaptation. Zero filler, expands on things a little vague in the manga, and cuts what isn't.

I just think the character writing is pretty excellent. I used to have it at as a 10, but as I got older it kinda fell off a bit. I remember wincing at how good the Ichigaki fight was, and then got wrapped up with a happy ending. It was justified and set up, sure, but I felt it should've ended more darkly to leave a bitter impact.
But.... it's shonen. That's its biggest failing. It's trapped by its own genre, and a big reason why I tend to avoid that genre as of late.

I was thinking if it was a seinen instead, it might be on par with something like Berserk. But, for what it is, it's truly my shining example of how to do shonen (especially action based) correctly. Excellent characters, and the ending still does work, even if it is a bit rushed. It's also why I gave the manga a 7 I believe and the anime a 9.

Sorry, you don't agree, but I firmly do not know why HxH is so wildly loved. I feel if someone is blinded by nostalgia, it might be you instead. I can't really name more than 3 personality traits (if that, sometimes) about any of the cast of HxH, yet everyone praises them nonstop. And I was even a big fan of Leorio initially. But everyone is two-dimensional, if that.


You're really too caught up with ratings too. I gave FMA an 8 and YYH a 9. YYH is a perfect anime adaptation, and Brotherhood cut out far too much good manga material to warrant anything higher.
They're literally both on my top 10 list too... yet you're freaking out because YYH scored one point higher....? Why? Who cares?

Knorkuraxu-Chan Oct 18, 2017 3:52 PM
I actually planned on watching Bleach & HunterXHunter a long time ago, but that was before my anime break. I kinda forgot them tbh. xD I started watching anime again some months ago and I haven't really watched long running animes (besides Naruto & One Piece) yet.
I really appreciate your recommendation and I think that I'm gonna start watching them along with Gintama!

Thanks for accepting my friend request! :D

Hello. How are you?