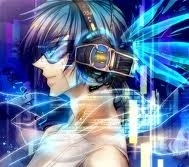 CornflakeSnow Nov 1, 12:11 AM
For me, I don't mind the length at all. Naruto has so much lore and world building that kishimoto really needed a series of such length to really explore everything (and even then, some details are left out). I have said this before many times but i really do love what themes the story is trying to portray and I can appreciate what the narrative is trying to accomplish. I love basically every arc (except for the filler in the anime cause duh) because I do appreciate what kishimoto is trying to accomplish with naruto. I mean stated the reasons while I love it and why that makes naruto good. For me, I recognise the quality of naruto and i feel like it does what it's trying to do successfuly. The arcs seem like natural progression for me (starting out naruto we see him as a genin and then see see him develop into the hokage through the events of naruto). First the threats are relatively small but eventually the threats become more powerful (like in every shonen). While yes I did enjoy it (cause media is meant to entertain us), it's because of what I think makes naruto so good is the reason why I enjoyed it, being mainly the world building and lore of naruto. Also I love the characters and the arcs which remain at a consistent quality almost throughout, peaking with pain assault. It's successful in what it's trying to do so I see no problem in giving it a high score of a 10. There's probably better manga out there which I have not gotten to yet but I'll see.

CornflakeSnow Oct 30, 11:41 PM
Yes I also have my own problems with the story ans I personally don't mind the length because the world, lore and history is so vast and rich that it needs that length to be able to tell the story. I pointed what I think it does great as well and why I love that aspect of the story. Also by giving a score a 3, you would assume that the person didn't enjoy or maybe they did enjoy certain aspects of the story, but overall it was a negative experience so why would i assume that you enjoyed naruto (or any part of naruto) if you gave it such a low score? Overall, clearly you had net negative experience from naruto. A piece of media is used to entertain us, so if it does that well and has its own merits behind then yes I would say it is easily deserving of a high score. It has flaws and I have my personal gripes throughout (you could call them hot takes) but it does so much right (which i have highlighted previously in my other big paragraph and then even more that i like) that make up for those negatives that those negatives become insignificant in rating the quality of naruto. I obviously enjoyed it (why else would give it a 10) but It does so much well that it overwhelmingly makes up for the negatives or the personal gripes I have with the story.

CornflakeSnow Oct 30, 4:10 PM
Everyone has their own subjective opinions. You didn't like naruto for whatever reason and that's fine. For me personally, I appreciate the themes and ideas it explored amongst much more.

CornflakeSnow Sep 11, 8:03 AM
A manga doesn't necessarily have to have a unique concept to be good. Naruto is your typical action shonen jump anime and manga but what I feel like is so great about is well... everything. The world building and lore of the world of naruto (like the villages, their own internal or external conflicts, the way they are run, the types of warfare used, the military campaigns etc). Naruto's main theme is of War and peace and I feel like it is consistenly focused on in the story. Like with the warring clans period or all the shinobi world wars and how the characters responded to that idea of peace and war which can be seen with the large villain cast seen int the show and how the want to achieve peace, much like naruto, but have different methods of achieving that peace like with pain who wants peace through war and bloodshed which juxtaposes with naruto who believes in peace through ideals and understanding. Through us understanding each others pain, we then can truly understand each other as people and strive for true peace. From what I've heard, there are plot holes in naruto, but from what I remember, none are that big. Like Manaton using sage mode, or sakura not using the byakuya seal against pain or how obito survived being crushed or how obito doesn't go blind or how his eye don't bleed or whatever (they're relatively minor so i don't really understandhow its that much of an issue) only big ones i can think of is diedara not using c0 in the forth shinobi world war and how obito managed to even revive some of his edo tensei summons but that's pretty much all I can think of. There are logical flaws sure but none really mean anything so I Don't understand how it's thar much of an issue, so much so that it would detract from your experience that much. I personally love the Action scenes dude to the wide range of abilities and jutsus and kekkai genkai used with the ninja having their own unique style of combat and how different villages are proficient in their own style of jutsu. I don't see how the battles become stupid. They become larger scale I guess but that's pretty much the only thing I can think of that can relate to that. To me, the art doesn't even look that bad and is sufficient and the ending is honestly not even that bad either. Like kaguya shows up from nowhere and she wasn't very interesting at all but I don't find her inclusion to be that bad for an ending. It wasn't disastrous, it just could have berm better if madara was the actual final villain and if zetsu sucked less. Honestly, nothing you said is really doesn't really detract that much from naruto as a story. Feel free to elaborate on your points.

section9necrosis Apr 29, 2020 5:51 PM
so i just completed one outs manga chap 168....nd was going through chap 169 pt 1....but got confused nd stumbled upon your forum.....i saw that u have completed most of the Fukumoto Nobuyuki works.....so i was requestin if u could explain me the AKAGIVERSE nd the order to see it

i have completed a akagi anime

Neizaru Jun 11, 2014 12:34 PM
I get what you mean, but I don't believe it's a pointless effort. There are people (like me) who browse through those heaps just to read and appreciate something sensible. And I may be overly pessimistic here, but even if you obtain popularity level needed to influence general opinion, you still can't do anything about poor tastes. From my observations the most you can do with a blind fandom is convert it into a different form of fanboyism :P

If it's manga only then my suggestions:
Boku dake ga Inai Machi - detective, thriller with a supernatural element
Angel Densetsu, Hinamatsuri - lot of laughs with those
And how come you don't have Berserk on your list? With Vinland Saga and Vagabond present it's so strange.

Neizaru Jun 10, 2014 1:31 AM
That's a pity then, good points tend to drown in the number of responses in threads as active as that one. It's really tedious to read the same overhyped praises over and over again without any level-headed criticism, but your call.

Thanks for the recs, in return try this:
http://myanimelist.net/anime/14813/Yahari_Ore_no_Seishun_Love_Comedy_wa_Machigatteiru .
Don't underestimate it by looking at the tags, the heavy cynism alone makes it a refreshing watch.

Neizaru Jun 7, 2014 3:03 PM
Excellent summary of Onanie Master Kurosawa, you should write an actual review with a full list of all those flaws mentioned.

sushiisawesome Dec 7, 2013 12:55 AM
Alright, thank you very much for the recommendations.

As for my own:

- Rebuild of Evangelion movies: Fix the flaws of the series and improve upon them. Highly recommended.
- Toradora: Taiga is the queen of tsunderes. Period. Now go watch it.
- Samurai Champloo: Hip-hop and sword fights. 'Nuff said.
- Madoka Magica: Deconstruction of the magical girl genre.
Don't drop it in the first 3 episodes.
- RahXephon: The very definition of underrated. Highly recommended, but really slow beginning.
- Clannad: The ending of After Story is very hit-or-miss, the rest is absolutely phenomenal.

And I suppose I'll watch what you gave me. Let's see, Golden Boy...

sushiisawesome Sep 13, 2013 9:04 AM
Hey there. That's some pretty good taste, I love Geass, Onizuka and Death Note.
All Comments