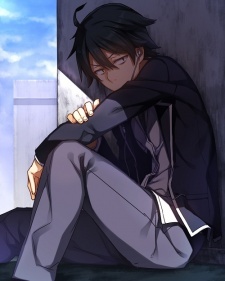 TheRogueMage Aug 5, 2016 6:43 PM
Yeah I hope so to But i Think in one year they will make a manga ver. if the web novel gets a light novel first, but yeah kaito is more evil and sadits in vengeance i only read 14 chapters so far so good with the story.

TheRogueMage Aug 1, 2016 7:46 PM
Well not part of the US but a territory anyway, I'm not a 100% good writing english I try my hardest so people can understand my grammar even if I have to use google to fix some words...

TheRogueMage Aug 1, 2016 12:13 PM
ohoo...that's really great bcuz I really hate those types mc especially that one that always forgives his enemies and the super dense and avery thing for him is justice for me is more anti-hero and the revenge type one that never stop or back down at the ending of the story, seens you like Tate no Yuusha you should try Nidome no Yuusha web novel it haves super similarity both mc have the same personality but for Kaito is more cruel , aggressive and sadist naofumi is more with despise and anger looks like neofumi is gona be the next sith lord lol....but yeah try that web novel you won't be disappointed!

TheRogueMage Jul 31, 2016 5:01 PM
That's cool I guess i'm not the only one with good taste, and seen nobody didn't do the recommendation I had to do it so people will know about the great similarity it haves.

lonelynightm Jun 25, 2016 7:02 PM
I like the idea you saw that my account was called lonelynightm you immediately assumed to search MAL for me.

I can't believe that comment I made was two years ago.

The comment was on his channel's discussions section(which apparently doesn't exist anymore, thanks Obama)

But he does show a screenshot in the video of my comment, so fuck it I have nothing better to do, I will copy it verbatim for you.

So Anime man I had a crazy realization about School Days. So if you think about it actually is quite an amazing anime that needs deeper thought to understand how amazing it is.(God I sounded like some Chunnibyou)

Well it is crazy. The bond that is formed between the main characters of shows you watch usually positive but, this is the opposite. You start the show with Makoto who learns the girl who helps him out so we the viewer support their love. Then we see him stray a little from the path and we put trust in him that he will get back on path. Then he does it again and we lose our faith in him because he keeps cheating over and over. Then we want nothing to do with him. Then there is that point where he can renew himself and fix everything by getting with Sekai. He cheats again and we that hate(definitely should say our hate XD) just expands to the point where we want Makoto to die. Then it happens. Sekai stabs him and mutilates him and it is that sick twist(ed) feeling of happiness inside us because of his death that we feel. It is truly remarkable how well they made that anime to that degree where we are happy when he gets mutilated that is the feeling that SChool Days wanted us to feel and it happened so if you think about it, School Days is truly one of the best anime ever even though it is super fucked up because it just has that strong effect on the viewer so just think about that when someone says "School Days is the worst anime ever"

So there you have it. This block of text is what convinced him. Sorry for the late response. Truth be told I thought I responded like a month ago, so never bothered to check back.

There are also 4 funny shorts called cognitive computing.
All Comments