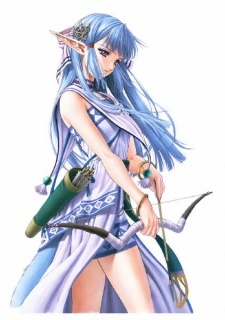 
You are REMINDED to check out your cards on every Monday & Friday . I’m sorry for the inconvenient causes because my computer couldn’t go in MAL except for school days. And I had done all the cards but no idea how to pass it to you guys. Sorry for the delays and wait… Please grab it from the link I just gave.. and anything please drop me a mail me @ lonelylittlevampire_ella@hotmail.com or whatsapp me @+6598918071.
Thankyou and Have a nice day :D

Andrez-ssi Oct 5, 2012 1:18 PM
hi, I just read your review of Tsubasa (great review btw) and I was wondering which CLAMP series should I read/watch before Tsubasa?

ChaoticZero Sep 14, 2012 10:06 AM
Wow. I really like your CLAMP collection. I got interested to CLAMP when I started watching Tsubasa Resevoir Chronicle at 2008 (during session 1). When I learned that the characters are from other works made by CLAMP, I got curious about what those charactors were like in there originals. Then later I hooked into their work. ^_^

Shiirry Jul 30, 2012 8:12 PM
Your TRC review was amazing! Long, but never boring ^^ It made me want to read all the manga that has crossed over into TRC! :) You are a devoted CLAMP fan indeed. xD

I guess it's time to revive Fai D. Flourite Fanclub a bit.
Would you like to join What would you say to Fai if in person? or Fai crossover pairing(s) discussions?
If not, it would be fantastic if you could make any other topic you like.
Hope to see you in the club! Best!

opheliaaaa Jan 31, 2012 3:16 AM
I have to say that your website, your kurofai one, I have it bookmarked on my tool bar. I absolutely love your site. I found it through tumblr.