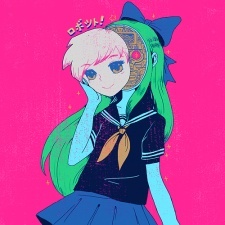 I have Discord and may be willing to give out my ID to those who ask if we already know each other.