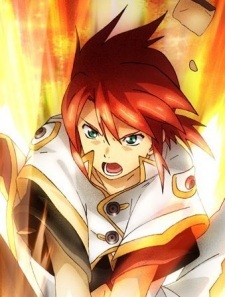 IHateKpop Aug 27, 2019 2:52 PM
Obviously I'll give it a try. I buy all the tales games lmaoo. When I saw the trailer I was like "this looks anime as FUCK" I'll get it obviously, and also I will be getting code vein. Idk if you've heard about it, but it's super anime with a dark souls combat to it. Seems like it'll be quite fun tbh. This year wasn't every good early on in terms of games, but now it's super loaded lmao. Fuck, and death stranding is coming out as well. That game looks like kojima made it while on THC but I can only trust him.

Final fantasy for me is something I got into very very late. It's not something I grew up with, or played as a kid. My first FF was 13 and 13-2, which wasn't a very good introduction to the series lol. 13-2 was really nice tbh, but 13 was just straight boring. I played 9 and 10 after that, and loved them. I think FF really sets itself apart when it comes to JRPG's with how real their plot lines are. They have real topics that mimic real world issues. 9 is my favorite though, that game nearly made me cry. Unpopular opinion here, but I actually really liked FF 15 and I think Noctis is one of the better main characters (with his japanese voice) his english one makes him sound bad. Did you play the kingdom hearts games?

IHateKpop Aug 24, 2019 1:44 PM
Berseria for me wasn't very natural (idk if that makes sense) but the chemistry with the characters didn't appeal to me, and I wasn't attached to the characters either. Maybe it was the after effects of playing zestria and being incredibly disappointed by that game. Also the premise of the game itself was pretty cliche and not in a good or fun way, the revenge plot line wasn't very well executed. Overall it just lacked something in the story. The last great Tales game I played was xillia 2. That game was super good tbh.

Do you play other games? ever played the yakuza series or final fantasy?

IHateKpop Aug 18, 2019 7:55 AM
It is a tough question, but I had made up my mind a long time ago haha. For me its definitely takes of vesperia. The characters in that game impacted me in such a way, I loved every single cast member (especially yuri lol) Tales of Graces f is my favorite one in terms of combat though. Also, fuck xillia is also really good. And symphonia. They're all good lmao.

What did you think about berseria and zestria? I actually think they were pretty weak tbh.

San-Diego Mar 19, 2019 12:34 PM
Sky Trilogy is one of my favorite, one of the best story i've ever experienced in every video games i played ever.
I played Cold Steel 1 and 2, those 2 games is like Persona in Kiseki setting because of Self insert MC where many girls fall in love with him.

Haven't tried Crossbell because it's not translated yet.

San-Diego Mar 17, 2019 7:16 PM
Do you believe that Rean and Crow are the gayest couple in the entire kiseki?
All Comments