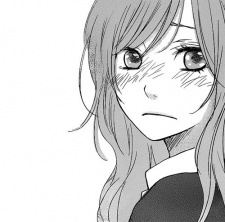 That one suspicious nightclub

about your question, you better ask Egyptians, because there are a lot of things were wrong
but the most thing that makes this revolution to start was ( Corruption and Police brutality )
the sad thing Corruption and Police brutality is not new in egypt and other arabic countries, why they start in 2011 ?
because in 2010 something insane happened, it was the first revolution in Arabic country called Tunisia and they succeeded to takedown the president
this was the hope for each Arabic country to fight for freedom so revolution start in many countries ( Libya - Egypt - Yemen - Syria )

Libya: people fight against the military which by the way you should know that eygpt and libya under the military controlled for decades
however finally they killed Colonel Gaddafi. but still, now there is a war because the fucking military want to control the country again

Yemen : people there succeeded also but they still in the war for many reasons and political things

Syria : i think everyone knows about The terrible war happening there against Citizens .. these crimes done by the government with Russia and iran

Egypt : people there also succeeded but guess what happens? the fucking military coup in egypt in 2013. and now the life there is like a jungle
if you read the news in eygpt you will laugh how military control the people and how they steel everything but no one can talk

there a lot to say actually but i will not bother you with more xD .. the last thing i want to say
that each revolution it has a huge cost which is the blood. people lose there lovers and families for freedom
but the sad thing, their blood goes for nothing. arabic countries still controlled by Corruption
the question why Arabic country control by these people ? who support them ? the answer is easy if you know the history
take this hint. a few people who occupied a holy arabic country, and they afraid from arabs to reunited again and kick them out
they get benefits from wars in arabic country.. they want arabs to divide and hate each other. so that no one can have time for them

sorry for this long message xD
I hope you enjoy reading this, a small part of our sad history that no one cares about :0

TheDoggoneGirl Feb 8, 2018 5:09 PM
I couldn't agree more with you. Same. Nanachi is my fave, hence she's my profile pic for months now. Hihi.

Kakaroto_Opan Feb 6, 2018 7:12 AM
I apologize if it caused you any inconvenience :>
I put it like that as 25 January anniversary of Egyptian revolution and to remember our fights in the middle east

TheDoggoneGirl Jan 25, 2018 10:45 PM
The first 9 episodes were enjoyable and dialogue-heavy which makes it enjoyable to watch while it was airing, but I think it's not meant for when you're binge-watching. Idk. Haha. But yeah the 10th episode turned the anime to waaaaaaaaaaaaaaaaaaaaaaaaah! Hahaha.

blueishksj Jan 23, 2018 12:05 PM
Yep, most people don't know what anime even is here. Sucks to not have anyone to talk to about anime irl

blueishksj Jan 23, 2018 5:41 AM
Well,apparently I tend to give mystery, action, shounen and adventure anime the highest scores, but I also really like psychological and thriller anime.What about you?

blueishksj Jan 23, 2018 1:14 AM
It looks pretty good,although I haven't seen any of it yet.I can't wait to watch Violet Evergarden,Darling in the FranXX and Mahoutsukai after they'll finish airing
All Comments