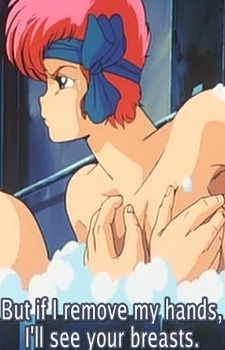 Blackouting Jan 5, 2016 8:31 PM
I'm glad they have that notification thing for profile comments now, I go so long without seeing them. Sorry everybody!

Blackouting Jul 30, 2014 11:00 AM
it only acknowledged the 4th shout being here after I replied to it? Fantastic

Unfortunately the environment of MAL at the moment is not the most encouraging for reviewers. Both the user base that seem to lack a heightened level of discernment, and the fact post 2010 reviews rarely reach 50%+ helpful, discourage reviewers.

Also, people often target me for providing too much context. As I am interested in history, maybe this is inevitable? I'm certainly not repentant anyway.

The feedback I have rarely received in relation to my reviews though has been invariably positive, though as mentioned- rarely. So that's both an encouraging and discouraging sign.

I'm going to attempt to review some recent anime, but for the moment I review things without reviews- being a member of the Reviews for the unreviewed club.

Blackouting Feb 6, 2013 4:14 PM
it only acknowledged the 3rd shout being here after I replied to it? Fantastic

ridojiri Jan 5, 2013 5:40 PM
Hi! Saw you posted on the Wanpaku no Ouji forum and just wondered what you thought of the review I wrote of it? Any disagreements or debate you would promote?