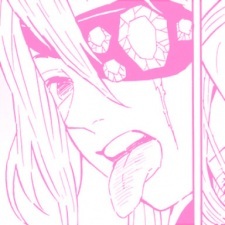 LightIsKirai Feb 16, 2:24 AM
Thanks for the accept! *thumbs up sign

mathmagician517 Jul 16, 2020 9:06 PM
Wow I had a class like that too. My first computer science class in college, the professor was really bad. It was also another one of those classes that's made really difficult to scare people away, even though the professor denies it. He even pretends to be super generous... like he would give students two hours for an exam that takes one hour to finish. One hour for him maybe. The average student probably needs three hours to do the exam. He also gives easy homework questions, but then the exam questions are really hard and we've never seen anything like it before. I could give more examples, but basically, he's the typical "sleazy salesman" that keeps lying to us and tricking us. The worst part is, that class actually succeeded in scaring me away! D: I actually started as a computer science major, and that classes soured my experience so much, I actually switched majors and didn't touch computer science for several years. :o /rant I eventually came back though. It turns out, most computer science classes aren't that bad. :3
Btw... what does it mean to analyze art? Or poetry? (I still don't get it.)

I studied math in college, and I also took some physics and computer science classes. I went on to study computer science in graduate school. xD
What's fine arts? Is it like... making movies or something? :3

Have you played any other Fire emblem games? :3

mathmagician517 Jul 7, 2020 9:23 PM
Aargh. "Analyzing" brings back bad memories. In college, everybody had to fulfill certain requirements. For my English requirement, I ended up in a class that was deliberately made very difficult, to "scare away" people who thought English was an "easy" major. Except I didn't even want to be an English major! What did I do to deserve this? :/ I had no idea what "analyzing" a poem even meant, and apparently, everything I said was wrong. I think their "English major brains" must work very differently from my "science brain" or something. The professor and TA understood my situation, and went easy on me enough that I barely scraped by with a passing grade. The weirdest part is, on one assignment, I actually did good, and the TA told me I "had potential to be an English major". Yeah, no thanks, that's the last English class I'm ever taking. D: /rant (I still don't know how to analyze a poem. Good thing I don't need to. :P )

Recently, I've been following this science channel: https://www.youtube.com/c/TheActionLab The most common comment he gets from viewers is that they've learned more from his videos than in any science class. xD

I have the opposite problem. I can easily afford a Switch, but my parents hate games, and won't let me buy one. I await the day a Switch emulator comes out. (Though I'm not very interested in Fire Emblem: Three Houses)

mathmagician517 Jun 30, 2020 1:35 AM
I guess we're opposites? Literature gives me a headache. I remember having to take a class in college and I struggled so much, the teacher and TA felt sorry for me. D:
It's nice that you at least like learning about science. Nowadays I watch a lot of Youtube videos on science channels, so I don't actually "do" anything. xD

I like to play RPG and strategy games. My favorite game series are Fire Emblem, Pokemon, and Final Fantasy.

mathmagician517 Jun 28, 2020 10:36 PM
My spare time consists of: watching anime, playing games, doing math/science for fun, and sometimes just randomly browsing the internet. :3
What kind of games do you like to play?

FeuerdracheBlade Jun 28, 2020 12:46 AM
I can understand you :/ Sometimes we wants to buy something but us has no money in wallet, is sad. Yea, indeed. They are often stupid reasons. People seem to hate on nice guys in anime too. It's like people hate niceness or something.
I mean I understand the issue when it's the characters only defining trait but that isn't always the case & other characters with the same issues don't get the same treatment. Yea, honestly i really like all design characters One Piece. Oda always doing a great work. This is especially a very cool one. Always change every arc is awesome imo. What do you think about white beard? He's one of the best character in the arc Marine Ford. The One Piece universe has a lot of characters & is really impressive when I stop to think about it lol.
Haha indeed both are beautiful womans. Well, this I can say is something normal, since the time is less to watch animes or does not have the same rhythm. It's a possibility as well. LMAOOOO xDD
I guess now you're finally at ease chatting with me noice haha. 60 eps very hardddd. Gintama I watched some eps & I really enjoyed it.
There are some scenes that I just thought "what am I watching WTF"
Wow congratulations haha xD Btw you seem to be very kind & cheerful. I really like that about you honestly. I feel really good chatting with you, so tysm Agelenasan :^) It was a great surprise to discover that Sabo was still alive. You do you usually cry easy watching animes or is it a little rare to happen? Also I found recently an anime movie on Netflix called A Whisker Away. Tbh sounds interesting for me. Have you seen it? I guess too that is show release. I don't read the manga yet, but maybe one day! I confess that what keeps me from doing this is laziness lol.

Sometimes it takes me months to finish a show xD WAIT do you really do that ??? Because I do that too. It looks like we have a BIG thing in common, nice nice. Play games read manga watch anime & draw there's nothing better. Your new pfp is simply awesome omggg.
Though, keep being pink, it's very cute xDDD
You really know how to choose haha.

FeuerdracheBlade Jun 25, 2020 11:47 PM
Well, at some point I believe there will be news about lol. Wow very nice! If you really like it, just go ahead soon & I'm sure you will make it. Since when you really like everything is more fun xD Now what I can do for you is to wish you luck on your journey haha :^) I imagine you have a lot of talent. Yea, I share the same feeling as youu. Prob she's my favourite girl from One Piece. It is one of the most beautiful too. Although some people don't like her design after time skip, I honestly LOVED & she got a little sexy lol.
WTF lmao. Luffy & Law stayed very good as female XD Maybe I will buy some of these in the future haha. I'm currently watching like a turtle compared to in the old days lol. 60 WHATTT your friend is definitely not human xD To achieve this feat, you cannot sleep, indeed haha. Did you do well in this English exam? Maybe you don't remember XD 13 years :O So was the while ago. As One Piece has an awesome story, so watching it all day may not be much of a hard. Mainly with arcs like Marineford for example. I didn't cry because unfortunately I got caught by the damn spoiler. But it's still a very sad scene. Prob if I didn't know about this event, I think I would cry for sure.

I am very happy with this news, since I really enjoyed that anime. Thanks for telling me Agelenasan xD
Well, you don't have to blame yourself for that. Even if you don't like studying, you still seem like a very smart girl XD Think on the bright side, you will not be paranoid about studying so much haha. Hmm what do you mean with something else? I'm curious haha. There are people who stay with the same pfp for years so don't worry about it lol. Since it's your favorite color this is no longer a surprise xD

FeuerdracheBlade Jun 23, 2020 6:04 PM
WOW though, I haven't seen it yet both shows, but tbh I liked the model of this figure! I imagine when it's over it'll be so cool xD You're not thinking of buying any figure in the future? or don't you want to see your wallet cry? haha XD I sometimes spend hours scrowling on different sites looking for figures, it's nice to see lol. There's some Nami figures that I could really buy everything haha xD Look https://www.amazon.ca/Banpresto-Onepiece-Glitter-Glamours-Multicolore/dp/B07PHVYQ2C/ref=pd_sbs_21_2/138-8396596-6798019?_encoding=UTF8&pd_rd_i=B07PHVYQ2C&pd_rd_r=147a703c-7e4b-469a-9ea1-b2000b90f40f&pd_rd_w=G4nm8&pd_rd_wg=PdNYe&pf_rd_p=0ec96c83-1800-4e36-8486-44f5573a2612&pf_rd_r=3S4GC7NE4Z43Y5J40TEB&psc=1&refRID=3S4GC7NE4Z43Y5J40TEB
What do you think? Yeaaa Eli manages to be cutie the each figure lol. Are you serious? I don't think you're human anymore xDD 25? omggg. I guess that when you're younger it's easier to watch so many animes eps, since you don't have a lot of obligations. Now when it gets adult, comes a lot of responsibilities xD
Idk, I suppose it is lol. WAIT 100 episodes??? was it hard? :O
Nice, marineford arc was the best in my opinion. But Ace dead it's very sad though X__X I still have to get into the old shows XD Yea you told a truth now. Really? I didn't know that yet, I'm glad to hear it. It's an anime that really deserves a 2nd season! So only come haha xD
Well, now things a LOT makes sense lol. Since you were a child, do you not like to study or did it come after your adult stage? I'm curious only haha. If you don't want to reply to that question, there no problem :D Your pfp shows that your favourite color is pink lol.

FeuerdracheBlade Jun 20, 2020 6:01 PM
I guess that I wouldn't get to that lol. What character would you like to have a figure? Yea, I totally agree with you, I think the same way. Basically the more expensive the better xD the wallet cries a little tho lol. Look at that figure of Eli she so cute omg https://www.amazon.ca/School-Project-Ayase-Outfit-Figure/dp/B00VRW440C Wow 30 really? That's not for everyone, congratulations xD When I started watching One Piece the most I could watch was 15 ep a day lol. That's one advantage of not watching seasonal anime, you can venture into older shows haha. There are people who just because it's an old show, they don't watch. I'm glad you're not like that ^-^ Hmm you enjoyed Skip Beat? Lmk your thoughts about it.
Yeaaaa, I always try to learn something new! Ohh nooo, I thought that you loved studing lol. Thank youu Agelenasan, I'm glad you like my text color :^)
What's your favorite color?
All Comments