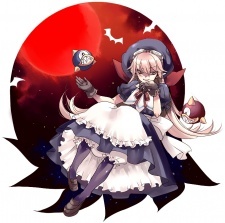 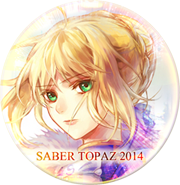 Please come to vote for Saber at http://www.internationalsaimoe.com/voting/ on Sunday!
Voting opens at 3PM GMT on August the 3rd, 5th, 7th, 10th, 12th, 14th, 17th and most importantly the 21st! Voting runs for 24 hours.
It will take less than 5 minutes of your time and requires no registration or unnecessary hassle.

Yup, I wanted to see some interactions and development/history from the other characters but most of the manga seems to be focused on their relationship. The chance of an anime adaptation is slim though as the series seems to be quite underrated and there could be problems adapting the soundtracks/music as you've mentioned.

Stark700 Nov 25, 2012 1:01 AM
Hmm, I thought the series was okay. I had problem with the ending and some of the romance presented as it wasn't explored too much imo. Mafuyu's personality started off as annoying to me but in later chapters, her flashbacks made me understood a little better. 15 chapters yup, short for a manga and lovely artwork.

I probably won't be bothering with reading the novels for now. I really hope an anime adaptation would be announced someday though as I want to hear the music lol

What did you think of it?