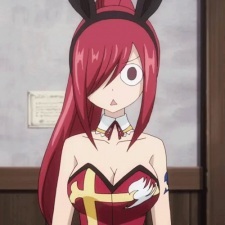 *pokes with boobs from hotaru shidare*


So anyway, i finally married Sazanami <3

fddnm Dec 11, 2015 11:50 AM
Yeah it was I think, I remember getting notifications in "Groups", but I never actually saw where the group invitations were until yesterday haha

No_Longer_Active Oct 21, 2015 4:36 PM
I agree with you, it didn't even feel like a real ending. Instead, it felt like there should have been another episode to conclude the series or a second season. I thought it was still good, but the ending could have been handled much better.

No_Longer_Active Oct 5, 2015 8:44 PM
I think one of the Queen's Blade OVAs showed how different Aldra is compared to how she was in the original seasons. I remember her teddy bear coming to life and destroying shit, which was I thought was fucking hilarious because it came out of nowhere, lol. Also can't forget the violent spanking scene

I have no idea why God Eater is being put on hiatus for such a long time, maybe the creators are planning on doing something special with the remaining episodes.