Crystal Clear: The Meaning of a Princess in Sailor Moon Crystal

A breakdown of duty, responsibility, and growth in the Sailor Moon Crystal series.

Sailor Moon Crystal (aka SMC) has been on a steam train of success since its release in 2013 in Japan, then 2014 in the US. The reboot of the pioneer anime has not been running for long, but there are plans for future seasons due to its popularity among its steady following as well as its increasing fan base. Fans of the nineties version of Sailor Moon remember the series quite well, even though it left out some key characters and plot points to make it more “family-friendly” to its original target audience back in 1992. Featuring not only a classic love story between a princess and a prince and their growth to power together, Sailor Moon Crystal also showcases the irrefutable power of friendship contributing to love of all kinds. Though SMC has a more serious overtone intended for its supposedly now adult audience, throughout both versions, fans witnesses Usagi’s (Sailor Moon’s human identity) transformation in all senses, not just from Usagi to Sailor Moon herself. She goes from becoming a simple girl with little exhibition of responsibility to a member of royalty－a princess－of epic power.
In both versions the audience can wonder: what does it truly mean to be a princess, especially in the Sailor Moon Crystal series? The will to progress to be the best for your people? Responsibility? Duty? In the first season, there is only Usagi who has the title of “princess” (even though it is more implied than explicit). In the second part of the series, there are clearly two different types of young women with the label of “princess”: Usagi and Chibiusa later on. 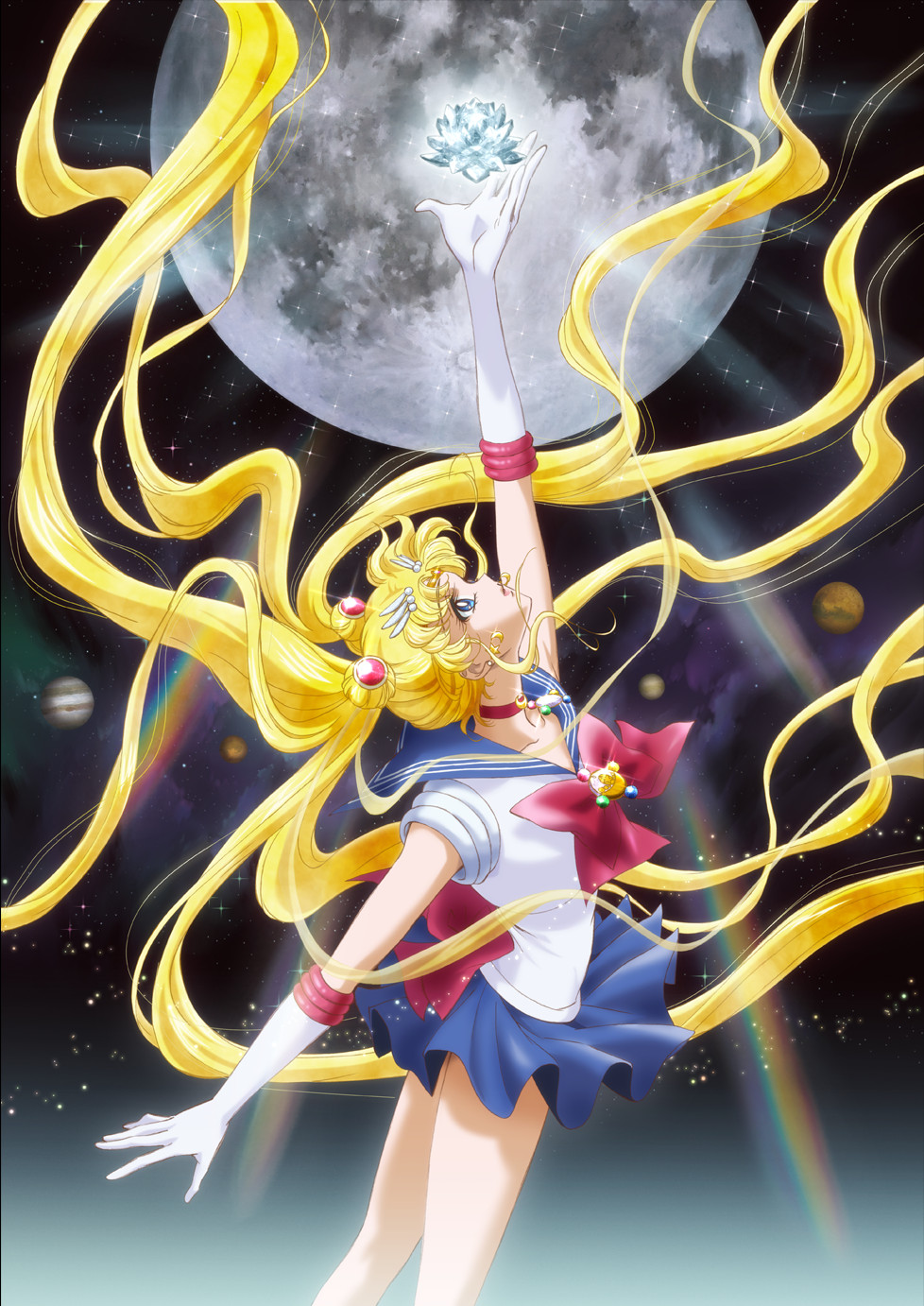 Throughout the first season of Crystal, the first value of becoming a princess is clear: be willing to change for the better, to improve oneself. At first, Usagi is resistant to becoming the protector of Earth and the Universe, but slowly she awakens to her royal position, thanks to the encouragement of Mamoru (her love interest) and Luna (her feline companion). Her powers truly come to light near the end of the first season with her showdown against Queen Metalia. When it comes down the wire, Sailor Moon knows how to be resourceful at the right time, using her extraordinary skills to defeat the worst of evils. This includes the evolutions of her own tools she continues to use and grow with throughout the series. If such growth were not welcomed or wanted, Sailor Moon would not progress to become a great and powerful figure in the future episodes. She uses her strong love not only for her friends but also for her love interest, saying that the power of emotion spurs the power of the Silver Crystal to save the world. 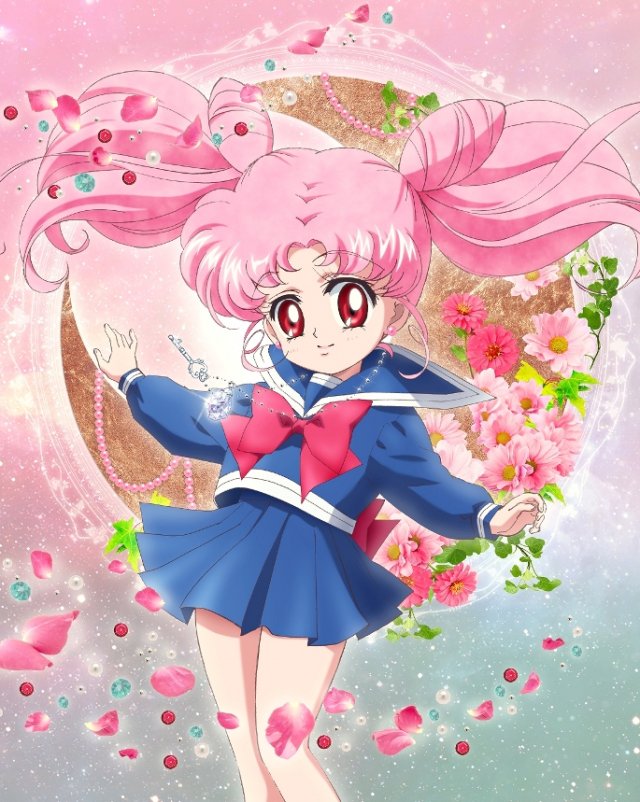 Following willingness to grow, the importance of responsibility goes hand in hand with growth. Continuing with her previously mentioned reluctance, Usagi saw the importance of embracing her own power when Chibiusa first appears. Chibiusa is a small girl appearing no more than five or six years old with pastel pink pigtails with a robot cat ball by the name of Luna-P. Even though Usagi knows little about Chibiusa, she nevertheless feels that leaving a child defenseless would be heartless to do. She still takes care of Chibiusa despite her jealousy and suspicions at first of the small girl. The audience sees again Usagi’s growth as a princess as she slowly begins to own and understand her emotions and responsibilities during this difficult time of growing up including to herself and protecting the Universe. Through her sense of responsibility, she shows that the steps to becoming "regal" include doing things that one does not want to do, maybe even lacking the courage to do them, but rising above her own issues to help someone else in need. 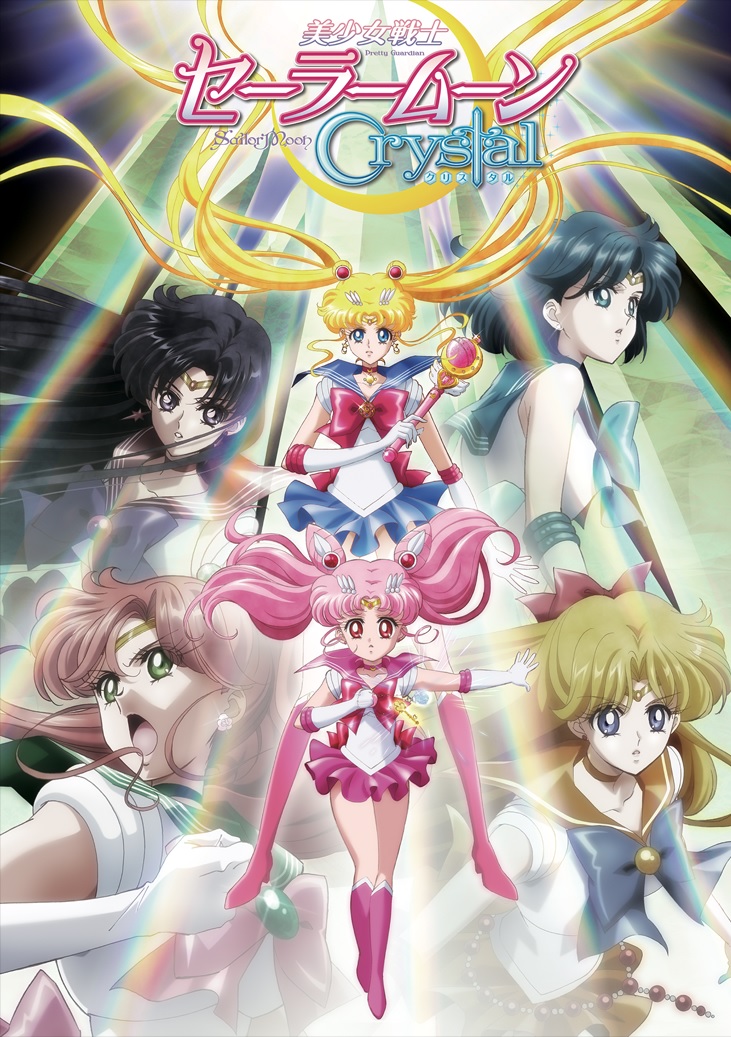 As important as responsibility is, duty is also important. Although similar to responsibility, this value keeps showing up throughout not only the nineties version, but also throughout Sailor Moon Crystal as well. Usagi at first only understands that she is a soldier, not knowing her own identity and power. The dynamic between Sailor Moon and Neo Queen Serenity is not only a teaching tool for Sailor Moon, but also a saving grace through their connections to the Silver Crystal a new villain shows up. The Silver Crystal is the one source of power that the Neo Queen and her family, Silver Millennium, use in order to protect the solar system from evil. The main difference, though, is Sailor Moon’s capability compared to Neo Queen Serenity's. Neo Queen had many, many years to understand the Silver Crystal, and because of that has more knowledge on its uses and capacities. Sailor Moon, on the other hand, is still a novice learning to harness its mythical powers. She carries the assigned duty of not only learning everything about the Crystal, but also to protect it and keep it from any and all harm. This position requires an enormous amount of respect she needs to apply to everything around her: to her lover, her soldiers, and the Crystal itself – all three of which make continuing this solar system’s existence possible. Sailor Moon gradually understands her duty to the universe, and that is to further learn and progress to her rightful place as keeper of the Crystal in the future -- but not yet. 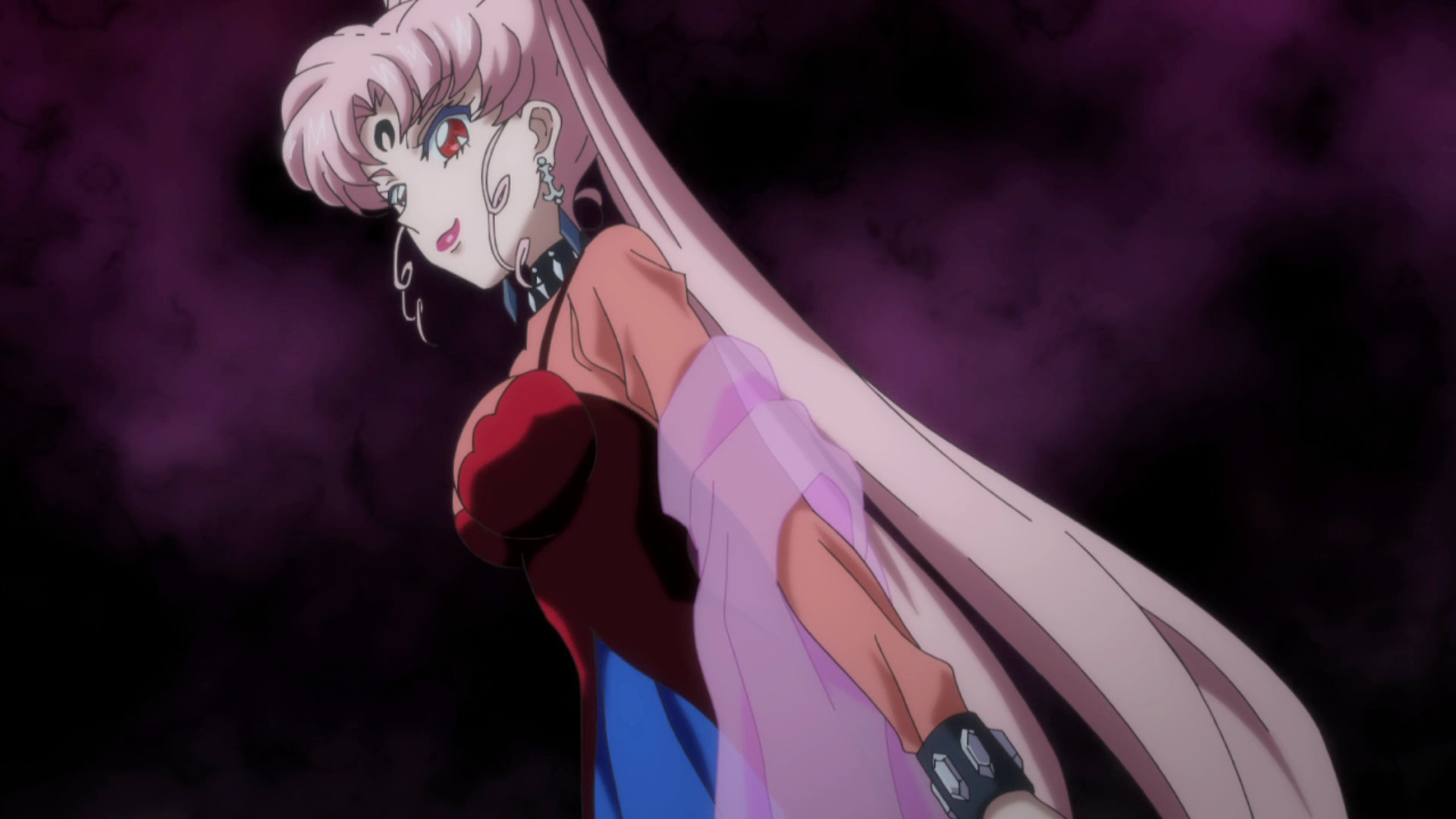 However, later in the series the audience sees an opposing figure that has a twisted understanding on the mentioned values contributing to the makeup of a princess. When Black Lady appears in episode twenty three, she claims herself as royalty from Dark Moon, ruling over death and destruction. It is true that she herself has experienced a growth from a different place and has duty and responsibility but for all the wrong reasons. She was born from a place of darkness and despair where she grew from a place of tainted morals. Her growth was based more on selfish desires than of love, unlike Sailor Moon. She draws her power from her love of others while Black Lady only loves herself, drawing from a misunderstanding she had when she was young. Her duty to herself only to saves her corrupted love for Tuxedo Mask. Her responsibility to her making herself young and beautiful inspires her selfish desire for Sailor Moon's death and the Silver Crystal. As the audience can see, some values can turn into faults if used against the common good and instead used for the self. They share similar values as well as mindsets (and quite similar planets even), however their basis for performing their actions are what create the conflict. Their end goals are different even though they use the same tools to their own causes. However, these conflicts and inversions of values won’t stop here for the Sailor Moon Crystal series.

What Truly Makes A Princess, According to Sailor Moon Crystal? 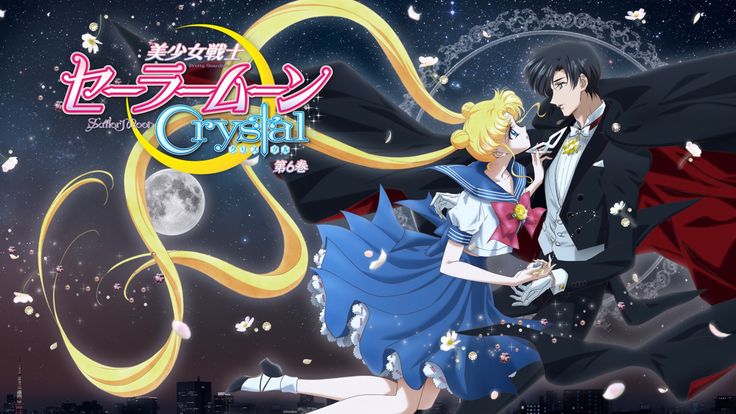 So, end the end, what makes a princess according to the popular and pioneer Sailor Moon series? Is it love and leadership, or determination and dependability? Will to grow and evolve? To start with, all that is true. Without progress, none of the Sailor Scouts, including Sailor Moon, would exist. Without Sailor Moon’s determination to keep going, to go where no others can, inspires others to think about their own value system. Perhaps that is what it means to be a princess: to inspire and move others towards a more good-natured – or at least less violent – mindset instead of the opposite values. With continued support of one another as well as their leader, Sailor Moon cannot be credited with having sole power: it’s the entire team, Tuxedo Mask included, that inspire each other to change, grow, and love. It can be said then, that in order to become a true princess these must be upheld: the responsibility to do the right thing, the duty to follow through on intentions, and the will to grow and improve on the person you were yesterday.