Akira follows the story of two best friends, Tetsuo Shima and Shotaro Kaneda, who suddenly get wrapped up in an epic battle which humanity's future hinges on. Let’s take a look at some of the rival bike gangs in the series, as well as Kaneda's famous motorcycle!

Relevance of Bikes to the Story 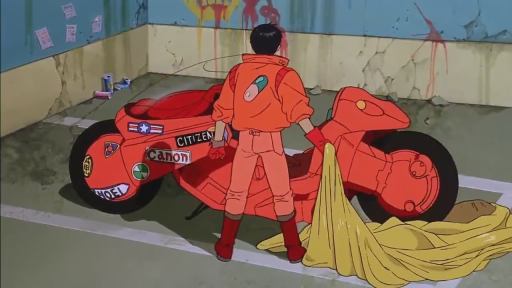 The plot of Akira revolves around Tetsuo Shima, a teenage biker who suddenly gains mysterious and psychic powers, and his childhood friend Shotaro Kaneda, who is the founder and leader of the bike gang which Tetsuo belongs to. It is set in a dystopian version of Tokyo, which is called Neo-Tokyo in the series.

The first part of the animated film shows Kaneda and Tetsuo’s bike gang, The Capsules, engaging in a violent battle against their rival bike gang, The Clowns. Their battle leads to Kaneda and Joker's face off which is interrupted by the arrival of the police.

The two gangs escape from the police and continue their battle. After Tetsuo defeats a member of the opposing gang, he crashes his motorcycle into a child with psychic powers. He is then taken to a military hospital, while his friends are taken into military custody. 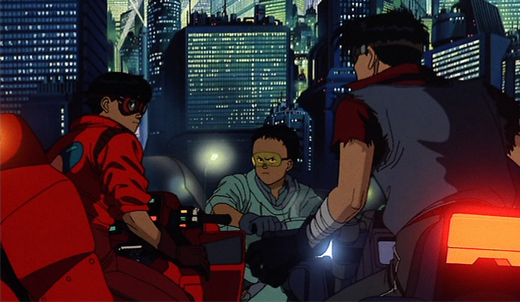 They are the bike gang in Neo-Tokyo which is led by Shotaro Kaneda. Their members include a group of friends, namely Tetsuo Shima, Yamagata and Kaisuke.

The Capsules are involved with different kinds of criminal activities such as drugs, vandalism and reckless driving. They also have a deep rivalry with The Clowns and will often get into fights with them. 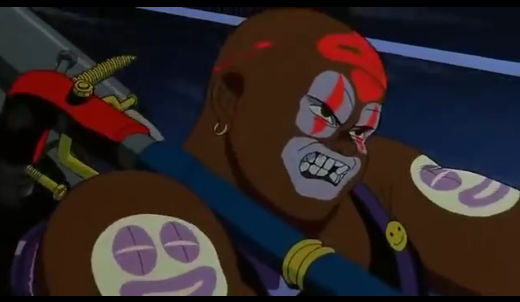 They are the bike gang in Neo-Tokyo which is led by Joker. He wears a clown face paint and would often change its pattern.

Similar to The Capsules, they are also violent and are deeply involved with drug consumption and production. 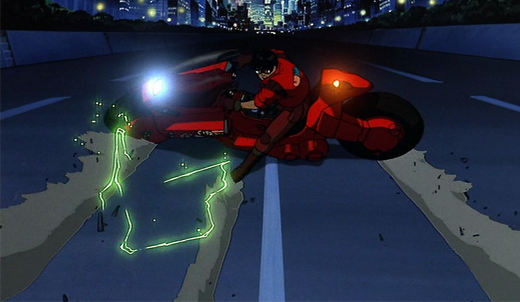 His futuristic motorcycle has become an iconic feature of the series. Being the leader of The Capsules, Kaneda is eligible to have the most technologically advanced and attractive bike.

Kaneda’s red racing bike has no specified model and brand, however, its badge placed on its left hand side resembles the BMW logo. It also has the logos of Canon Inc., Shoei Co., the Citizen Watch Co, Arai and the roundel of the U.S Air Force.

Not only does Kaneda’s bike have a sleek and unique look, it also has great features! Even Tetsuo is fond of Kaneda's bike and dreams of driving it around. 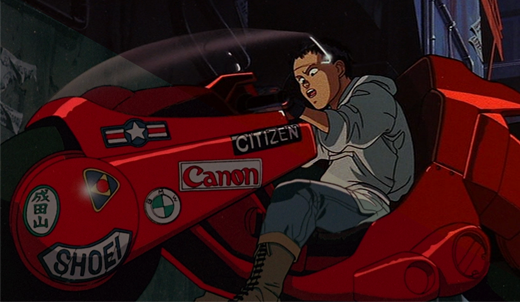 Now, who wouldn't want to drive that around?!

Akira has cyberpunk themes, depicts a dystopian version of Tokyo and features the rivalry of two bike gangs. If you want to see Kaneda's motorcycle in action, be sure to watch this critically-acclaimed series! 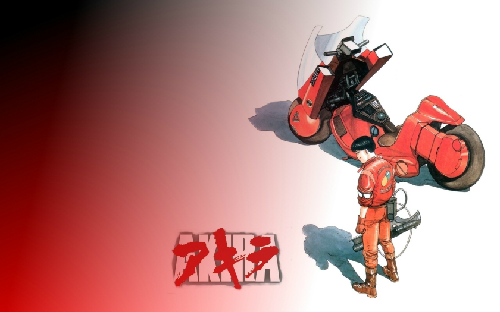 Aldnoah.Zero is a mecha series that works largely because it subverts typical mecha tropes. Find out a little more about it, and whether it might be worth a watch for you.