Aldnoah.Zero is a mecha series that works largely because it subverts typical mecha tropes. Find out a little more about it, and whether it might be worth a watch for you.

Aldnoah.Zero began in 2014 and while it may seem to be a standard mecha series, there’s a lot going on in the series that you might not know immediately. I hope to take a little time to share with you some of the unique things about the series, tell you a bit about what other series it's like, and who might enjoy it. 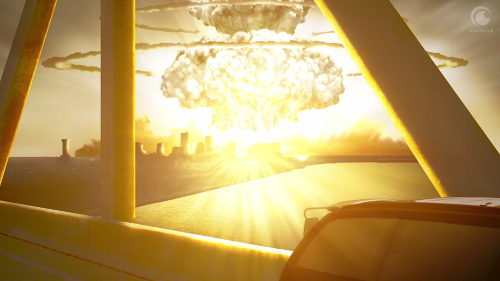 So Aldnoah.Zero is an anime series about the second military conflict between Mars and Earth. The series explains that the people of Earth discovered a hypergate on the surface of the moon that allowed humanity to travel to Mars. Many people began to migrate there and settle the planet. During this time, they began to discover more technology on Mars and began to establish their own culture. Eventually this led to conflict between the people of Mars (The Vers Empire), and the people of Earth (Terrans). This conflict culminated in the destruction of the Moon’s hypergate and a good portion of Earth’s moon. Aldnoah.Zero begins 15 years after this conflict, during a tenuous peace between Earth and Mars. The anime opens with the princess of the Martian empire embarking on a peace mission to Earth that does not go as planned. The setup creates an interesting world with interesting characters. The series lets the viewer discover the history and richness of this world a little bit at a time. While the series encompasses a large conflict (and constantly alludes to a previous one), the story mostly focuses on a young Earth United Forces cadet named Inaho Kaizuka. Inaho is a young pilot in training, still in high school when the series begins. 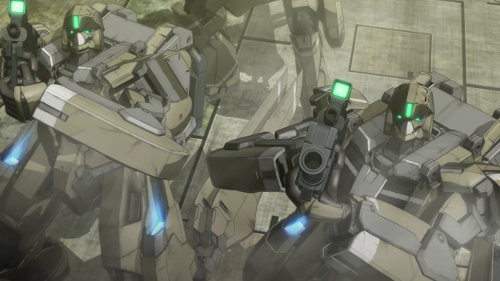 Aldnoah.Zero is an original anime concept, meaning that the series was not based on a manga or visual novel. The concept was created by Gen Urobuchi, who has been involved in the creation of Fate/Zero, Psycho-Pass, and Puella Magi Madoka Magica. The series is directed by Ei Aoki, who also directed Fate/Zero. The duo has created an interesting series setup that leads to some great character interactions and some great action.
Aldnoah.Zero benefits from some gorgeous animation and character design. The world is bright and it’s animated in such a way that it’s always easy to tell what’s going on, which is nice. Aldnoah Zero also resists the trend of making everything dark like some recent anime. There is some CGI use in the mecha scenes, but it helps keep the action.grounded.

So, now that we have the basics down, there are a couple of things that make Aldnoah.Zero unique, especially among mecha series. Aldnoah.Zero eschews a lot of the typical mecha anime clichés, while still retaining the action and excitement that you’d expect from the genre. So let’s talk a little about the two primary things that I think set the series apart.

Look at the size of that thing! 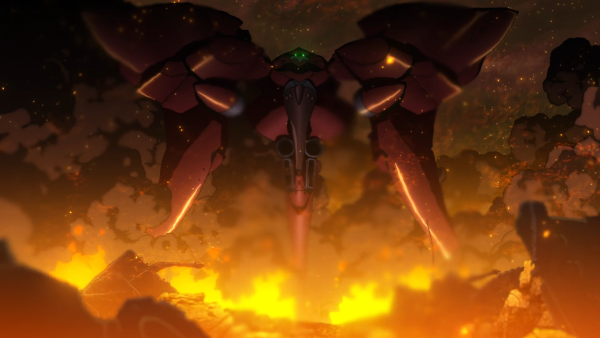 The first thing you’ll notice about the series is that it takes a familiar trope and turns it on its head. Most mecha series have the main character or characters piloting the top-of-the-line mecha with new technology. In fact, this is a core tenant of most mecha series; a small group of well-equipped pilots taking on a superior force. Aldnoah.Zero makes it clear early on that the Earth forces are woefully outmatched. Not only are their forces considerably underpowered in comparison to the Martian technology, but Inaho and his friends are piloting training mecha. The Earth kataphrakts (which is what the mecha are called in Aldnoah.Zero) are relatively basic affairs, and their combat utility is pretty well known. The Martian kataphrakts, however, are in a completely different league. Not only are they usually larger than the Earth’s kataphrakts, and more heavily armed, but they also have unique combat capabilities. For example, the first Martian kataphrakt that Inaho and his friends encounter has an impenetrable shield that seems to dissolve matter before it can reach the kataphrakt’s armor. The power balance that this creates is part of what makes Aldnoah.Zero so interesting. The Earth forces constantly have to work to fight smarter than their Martian counterparts. They have to understand what the Martian kataphrakts are capable of, and then figure out how to best overcome this. This also leads me to the second point that I think makes the show unique. 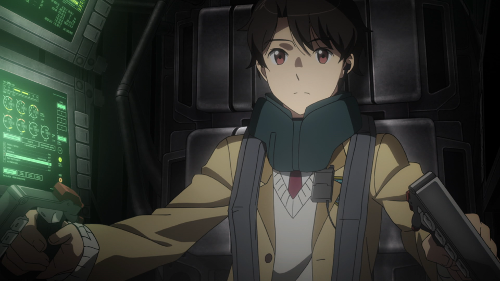 So with the series set up the way it is, we have the Earth United Forces engaging an enemy who is overwhelming in terms of size and technology. What makes this interesting is that it forces the Earth forces to fight smarter than the Martian forces. This leads us to our main character, Inaho Kaizuka. Inaho is somewhat unique amongst modern anime protagonists in that he is not very charismatic. He doesn’t generally crack jokes, he doesn’t trip over himself and stumble into awkward situations regularly; he rarely seems to feel anything at all. This doesn’t make Inaho a bad person by any means, but it makes him considerably less bombastic than a lot of recent anime leads. Where Inaho really shines, however, is in his intelligence. Part of the real joy of Adlnoah Zero is watching Inaho analyze a situation and figure out the most effective way to combat it. This is an anime lead using math, science, and experimentation to test and then exploit an enemy’s weakness. It’s really refreshing to watch the mental effort and planning that goes into each fight, especially if you’re used to seeing fights won and lost based simply on who believed in their friends more.

If you’re interest in Aldnoah.Zero hasn’t been piqued so far, I’ll take a moment to tell you what thing it’s similar to, and who I think might enjoy it. If you’re looking for similar anime, you’re probably looking into the mecha genre. I’ll do my best to pick things here that might be a little off the beaten path. 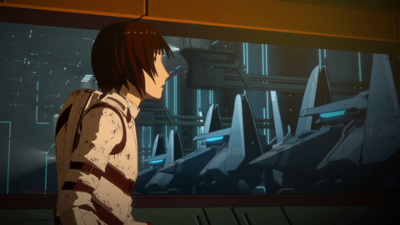 The first thing that comes to mind is Sidonia No Kishi. Sidonia also takes a lot of the genre tropes and uses them in interesting ways. The first season has a grounded sci-fi feel to it that makes the enhanced technology feel normal. 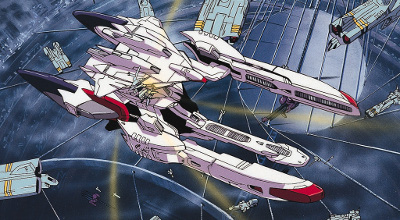 Kidou Senkan Nadesico is also a possibility. It’s a much more humorous series, but it also plays on subverting tropes and it banks on an audience who is familiar with mecha anime. If you’re looking for something a little more lighthearted, this might be a good fit for you. 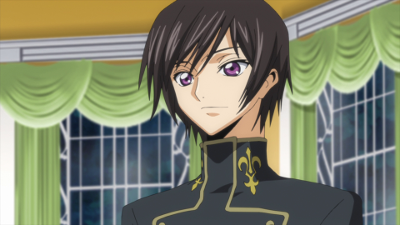 Code Geass: Hangyaku no Lelouch is another option for fans of Aldnoah.Zero. It has mecha, political intrigue, and a host of interesting characters. This one might be the closest match for Aldnoah.Zero in terms of specific similarity. 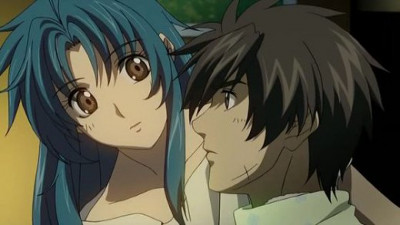 Lastly, you might consider Full Metal Panic! There’s several iterations of this one, but the first season has some of Aldnoah.Zero’s semi-realism in terms of military operations. It falls into a lot of familiar tropes, but still manages to feel interesting and fresh. 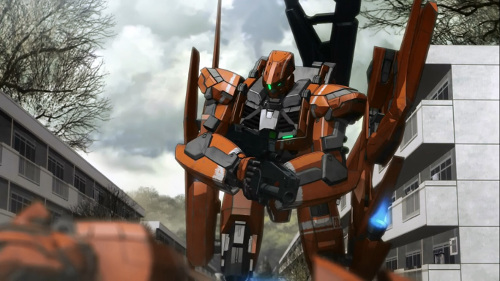 In my mind, that’s the easiest question. If you like mecha anime with interesting fights and characters, then Aldnoah.Zero might be a good fit for you. If you’re looking for a series that walks a line of semi-realism but also manages to feature over-the-top technology, you’re in the right place. It’s a serious anime that so dark as to be intimidating. There’s a number of characters to keep track of, and a little bit of politics in the mix as well, so be prepared for that. I think Aldnoah.Zero will be most popular with viewers who have watched and enjoyed mecha series already, though I don’t think this is a necessity. If you’re looking for romance or comedy, this probably won’t be a good match for you. That said, Aldnoah.Zero hits its stride pretty early on, so I think most people will have a good idea whether or not it’s for them at the end of the first episode.

Akira follows the story of two best friends, Tetsuo Shima and Shotaro Kaneda, who suddenly get wrapped up in an epic battle which humanity's future hinges on. Let’s take a look at some of the rival bike gangs in the series, as well as Kaneda's famous motorcycle!