In this episode of Prison School, Kiyoshi attempts to break out of prison, but will his plan succeed?

In the previous episode of Prison School, Gakuto pulled down Mari's (the president) skirt. Meiko immediately gives him the exact punishment for aggravating the president; she shaved his head. Gakuto planned all this though, as he was able to obtain a wig for Kiyoshi to wear for his prison school break out. 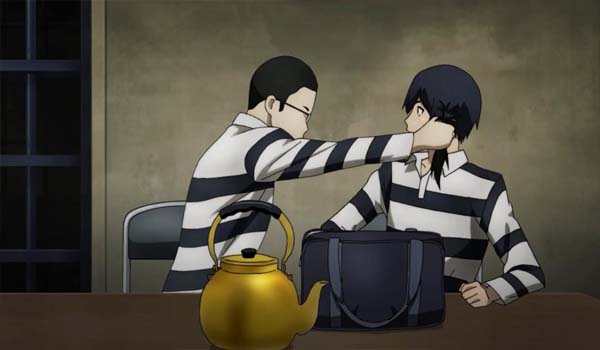 Kiyoshi's daring plan to escape through the front gates begins when he steals a school uniform by avoiding being spotted by the heavy-set driver loading the laundry. Gakuto's plan remains unchanged. They'll use the recording they made to fool everyone that Kiyoshi is in the bathroom. Meanwhile, Kiyoshi will put on his wig and school uniform then waltz out the front gate.The whole plan is in jeopardy when the underground student council almost catches Kiyoshi disguised in a girl's uniform. Firstly, Meiko almost catches Kiyoshi while as he's getting dressed, and in his haste, he even tears the back of his uniform. The disguise works though since Meiko did not think twice when she saw what she assumed was a female student in the school grounds. 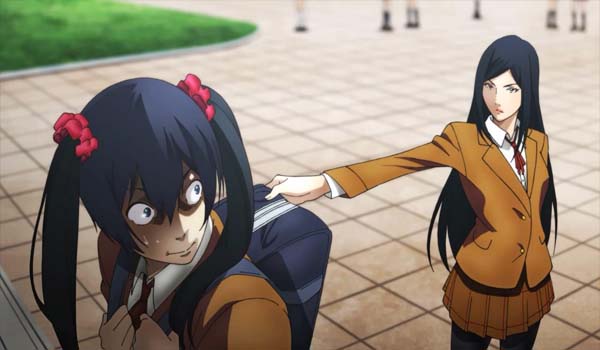 The plan almost falls apart a second time when Mari herself stops Kiyoshi mere meters from the gate. She asks that he take off the bag his back as it is an unsightly way for a girl to carry it. However, once she hears that is used to cover the torn uniform, Mari apologizes and lets Kiyoshi walk out. 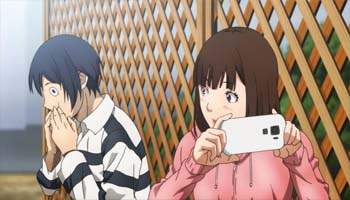 Despite the plan working out, it still went to hell one way or another. During the date, Chiyo discovers the uniform in Kiyoshi's bag. She is disgusted by him and walks away. Kiyoshi is puzzled but his heart suddenly drops when he realizes the uniform he tore belongs to Chiyo herself. It's heartbreaking to see how far he got only for it all to fall apart at the last moment. 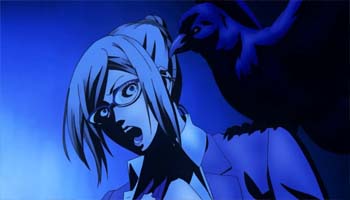 Mari is starting to look scary. At first, the crows were just symbolism for her scary nature as president but knowing Meiko is scared of her changes things a bit. Meiko is a tough person. Mari can make her literally wet her pants by the slightest provocation. One can only wonder how menacing the president actually is. 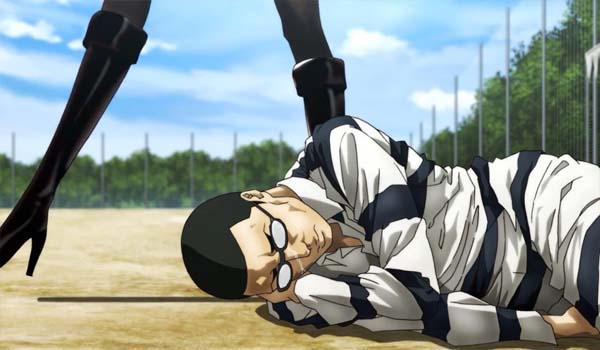 Gakuto is still a big favorite as he takes the brunt of almost every punishment. His dedication is endearing. With girls from other schools, he isn't afraid to look foolish. He stuffs the stereo down his pants and he even laughed maniacally in front of them after being beaten down. He isn't afraid to look creepy. It's all for his precious figurines that Kiyoshi will buy. With the plan falling apart, Gakuto's determination might play a big part in the story later on.

Meiko's punishments are still a big part of Prison School. This week, she delivers a piledriver on Gakuto for pulling down Mari's skirt. Her shocked face when she hears the recording is priceless but it works like a charm. She didn't come near the bathroom until the final moments when she broke the door down to drag Kiyoshi out. 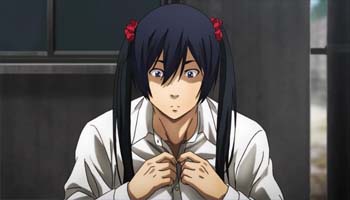 It is surprising knowing that Chiyo might play a role in getting Kiyoshi captured. All signs seem to point to him going back inside the school and getting caught another way though. Mari might discover the uniform on him or something.

He'll get caught. Cliché dictates that he must get caught. The punishment might be so severe that the menacing Mari might administer it herself.