Digimon is a massive franchise that has spawned numerous anime series. With the upcoming Digimon Adventure Tri movies in the works, let’s take a trip down memory lane and recount some of the funniest moments from the original anime series.

Here are five funny moments from the first arc of the Digimon Adventure series, File Island. 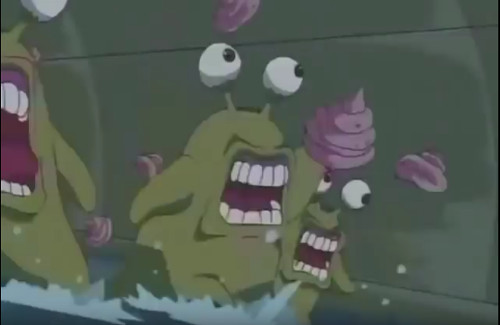 In the sixth episode of Digimon Adventure, the DigiDestined—the chosen children who are meant to save the Digital World—are traversing the sewers when they have their first run-in with a species of Digimon known as Numemon. The group’s Digimon immediately state they need to flee when they hear them coming, despite knowing Numemons are weak compared to assortment of baddies they had already faced. We then find out that the Numemon fight by flinging their poop at enemies. Needless to say, no one sticks around.

Stuck in the Stall 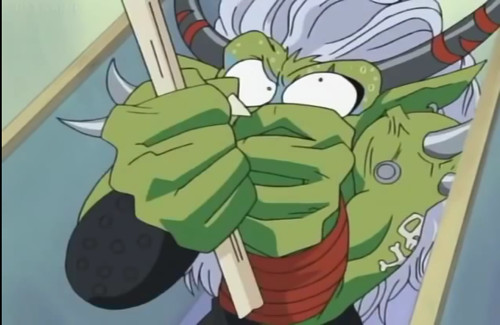 Ogremon is an evil Digimon who ends up working under the main villain for the first arc of Digimon Adventure, Devimon. He takes part in a plan to get rid of the kids by luring them into a mansion, but when Agumon has to go to the bathroom, he has the bright idea to hide in the stall next to him. As you can see, he immediately regrets his decision and struggles to hold his breath until his face turns blue. 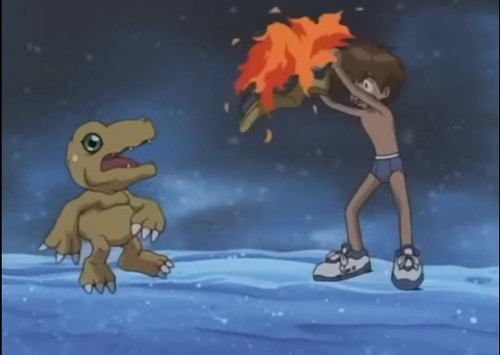 After Tai and Agumon are scattered by Devimon in the ninth episode, they have the good fortune of finding his clothes. Unfortunately, they were frozen solid so Agumon used his Pepperbreath attack to thaw them out. The shirt made it out fine, but the pants were a different story. On the bright side, at least he wasn’t cold anymore.

Kick it into Gear 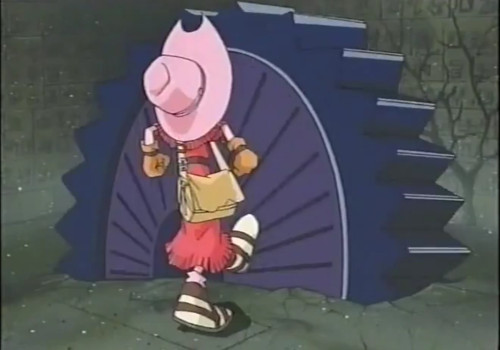 In the tenth episode of Digimon Adventure, Mimi and Palmon find themselves on the island that Izzy and Tentomon ended up stranded on. Hungry and tired after having to deal with a mind-controlled Centarumon and Leomon, Mimi reaches her breaking point and takes her frustration out on the black gear moving the island with a single kick. While neither the genius nor the centaur could, Mimi, an angry teenage girl who wanted her lunch, managed to and in turn, forced those bozos back the way they came. 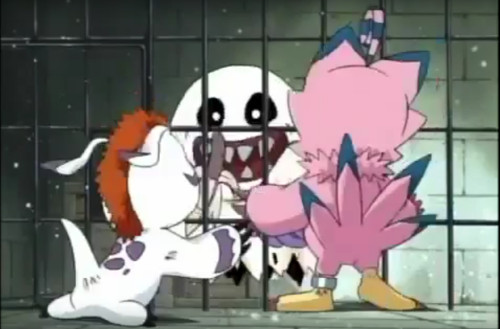 In the eleventh episode of Digimon Adventure, Joe and Sora end up coming to a church in the middle of a celebration for the Bakemon, ghost Digimon that decided they wanted the kids for their Halloween treat. Fortunately, Gomamon and Biyomon recognized their guard wasn’t very bright and managed to worm their way out of captivity by convincing the Bakemon that he should taunt them by eating in front of them. It goes about as well for him as you’d expect and the Digimon rescue their friends.

Meet the Characters of Blood Lad

The diverse cast of supernatural and human characters in the Blood Lad manga are brought to life in this anime adaptation. Take a look to learn more about them.