Attack on Titan: The End of the World－A Stunning Trainwreck

This fall saw the release of the two-part live-action Attack on Titan movie. Both parts were controversial, but part 2, "The End of the World", was a particularly fascinating mess. 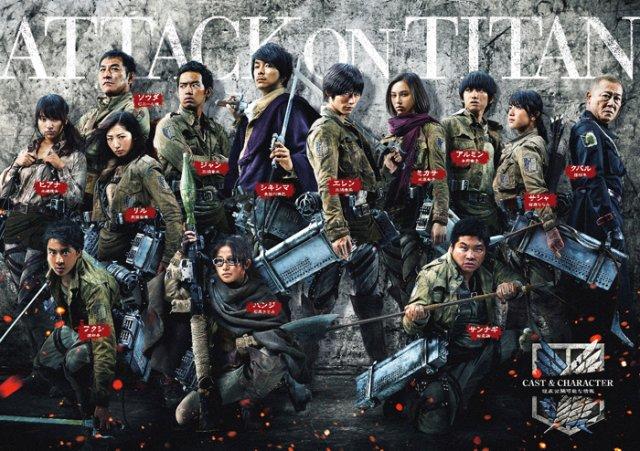 As the long wait for a second season of Attack on Titan continues, a two-part live-action movie series has been released to continue Titan-mania. The first part was divisive to say the least. Fans of old-school kaiju films were more willing to forgive the poor dialogue due to some amazing visuals and truly effective scenes of horror, while hardcore devotees of the anime and manga were understandably bothered by how the movie butchered the characterization. The second part, subtitled The End of the World, has been a bit less divisive, because its quality is more consistent. 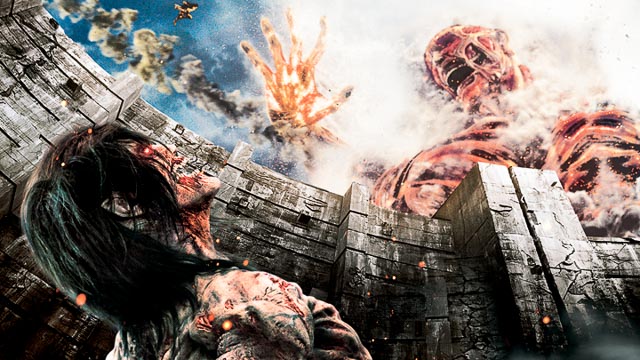 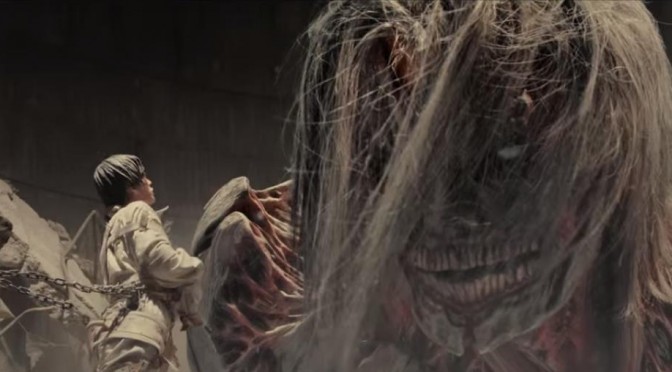 Where the first live-action movie had extremely good qualities mixed with extremely bad ones, the Attack on Titan: End of the World is a more traditional trainwreck, with high ambitions mixing with laughably lacking execution. The biggest mistake it makes is changing the tone from horror to political drama. The story, which is decidedly different from any preexisting version of Attack on Titan, has a number of interesting ideas, but without characters worth caring about, it all falls flat on its face. There’s some Titan-shifter action and Eva-lite surrealism (director Shinji Higuchi worked on Evangelion), but nothing as viscerally effective as that first Titan attack in Part 1. 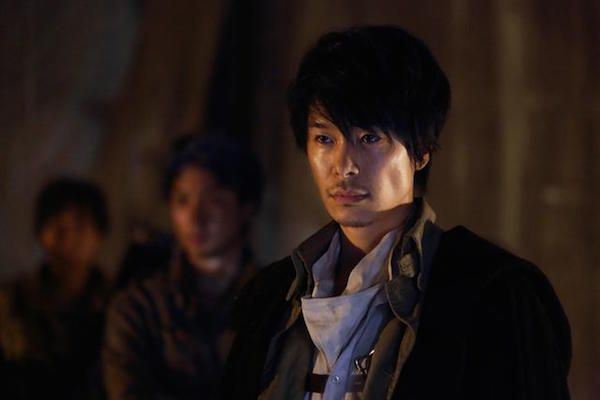 Armin and Mikasa, two of the strongest characters in the original show, have been made utterly useless in End of the World. Hange’s the most recognizable as their self from other versions, and as such provides some good comic relief. The most entertaining part of the movie is actually the movie’s original character of Shikishima. Like the rest of the movie, he’s not exactly a well-written character, but he’s the most fascinatingly weird. He’s both a hero and a villain, both a joke and a badass, and he also hits on pretty much the entire cast of End of the World. Shikishima might have been designed as a replacement for Levi, who isn’t in these live-action films, but he resembles Levi less than he does Dr. Frank ‘N Furter from The Rocky Horror Picture Show. If only the rest of Attack on Titan: The End of the World was inspiringly crazy enough to be a Rocky Horror-level cult hit.