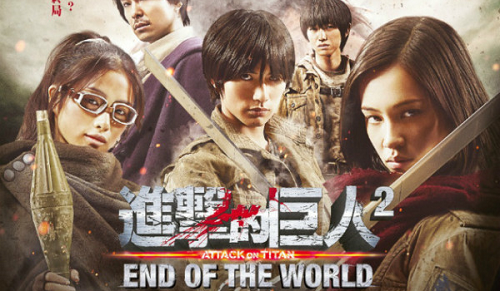 The newest addition to the Attack on Titan empire, the movie Attack on Titan: The End of the World, follows the story started in the first live action movie and opens with a recap of previous events. As the ongoing battle between the Survey Corps and man-eating Titans continues to unravel, the main protagonist Eren Yeager finds out an incredible secret that leaves the remnants of his training regiment confused and unsure of what to do next. Will the military’s young trainees be able to accept the hard truth about Eren, the giants’ origins and the true goal of the Survey Corps? The fate of humanity now rests in their hands. Who will show our heroes the true path forward?

The Crew of Attack on Titan: Part 2 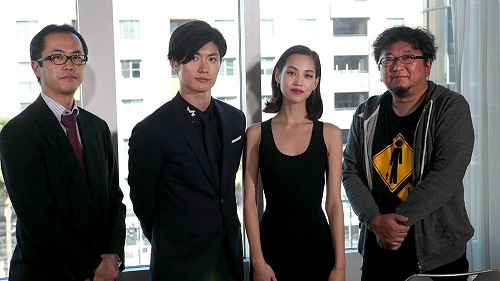 The live action movie based on the popular anime series Attack on Titan (Shingeki no Kyojin) is directed by one of the most successful storyboard artists in Japan Shinji Higuchi, best known for his work on Japan Sink and Godzilla Reboot 2016. All of his movies are visually stimulating, with intense colors and impressive action sequences. When it comes to directing, Shinji Higuchi clearly has a talent for putting all the best elements of production into his movies.
The script is written by screenwriter Yusuke Watanabe (Gantz, Dragon Ball Z: Battle of Gods) and columnist Tomohiro Machiyama (Cruising the Anime City, The Book of Otaku) who is credited for inventing the term ‘otaku’. The character design of carnivorous giants is created by special effects artist Yoshihiro Nishimura (Zombie TV, Tokyo Gore Police) often called ‘the father of gore effect’. He is no stranger to horrible monsters and his experience really shows.

The Main Cast of the Live Action Attack on Titan 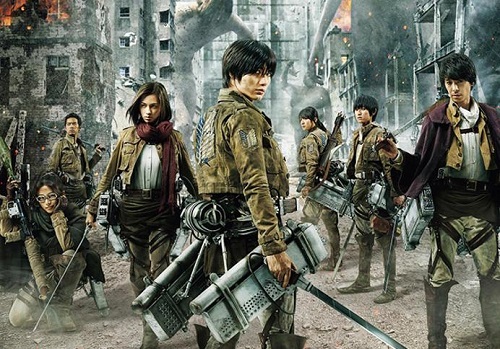 The main characters Eren Yeager and Mikasa Ackerman are portrayed by young Japanese celebrities Haruma Miura and Kiko Mizuhara. The live action movie also casts some big name stars from the Japanese entertainment industry such as Ishihara Satomi (My Grandpa, Kita no Zeronen) as Zoe Hange and Hongo Kanata (Gantz, Prince of Tennis) as Armin Arlert. One of the most engaging characters unique to the film adaptation is Shikishima (Hiroki Hasegawa) who holds a key to the future of mankind. 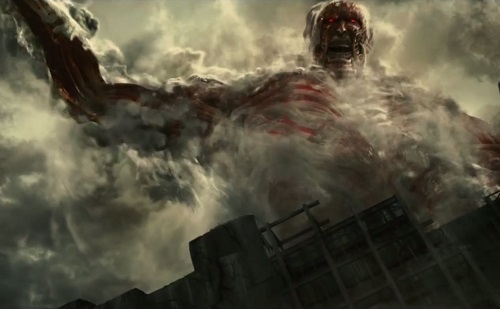 The first Attack on Titan movie had intense, horrifying action scenes, briefly interrupted by short dialogues. However, the second installment has longer conversations and less action scenes. Most fight scenes are narrowed to one-on-one battles between Titans, and between Titans and humans. If you like when the movie’s main themes are clearly stated and easy to comprehend, you will be satisfied.
One of the most interesting characters in the movie is a newcomer, Shikishima, known as humanity’s strongest man. Cool, brainy and obviously up-to-no-good, he is a real delight to watch on screen. This is a character you’ll either love or hate, because there’s no in-between for a such a charismatic person.