In the magical world of Fairy Tail, it's no surprise that there are creatures such as dragons. And if there are dragons, then there are those capable enough to slay them. In Fairy Tail, they are called Dragon Slayers. Let's see what magic they have that can defeat gigantic magical creatures.

Fairy Tail is an anime series adapted from the manga by Hiro Mashima. In the fictional world of Earth land, mages (people with magical powers) live among humans without such powers. Magic varies among mages. There are mainly two types of magic: caster magic which comes from within the body and holder magic which comes from an external source. Some examples of the magic displayed throughout the series are aera, arc of time, celestial spirit magic, ice magic, and dragon slayer magic among others. 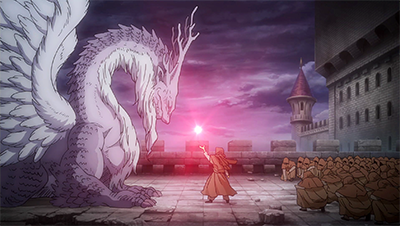 Dragon Slayer Magic is a form of Lost Magic, magic that has been eradicated due to its power. This type of magic can be acquired only if one is taught by a dragon itself or implanted with a dragon lacrima (a lacrima is a cystal substance that can be charged with magic and can be used for many purposes). Dragon Slayer Mages who have learnt from dragons are First Generation Dragon Slayers, and those that acquired their magic from dragon lacrima are considered Second Generation.

At some point in the world’s history, dragons were divided into two groups: those who wanted to coexist with humans peacefully, and those who didn’t. Dragons are mostly immune to magic, and dragon slayer magic is the only magic that can hurt or kill a dragon. For that reason, dragons who wanted peace taught Dragon Slayer magic to humans as a preventive measure against the war with the enemy dragons, because the humans would have easily lost without Dragon Slayer magic. But this quickly backfired when dragon slayers began slaying even the ally dragons.

A dragon slayer can use the dragon’s element, but cannot fully transform into a dragon (though this is possible with extended use of dragon slayer magic). Dragon slayers are immune to the element they have been taught and can even eat it to power up their magic or regain their energy. This is true as long as they don’t eat the magic that they themselves casted. There are numerous instances in the series where a dragon slayer eats an element other than their own, which results in enhanced dragon slayer magic.

Dragon slayers can enter a mode called Dragon Force. This is the ultimate state of Dragon Slayers where even their appearance changes. Scales appear on their bodies and other dragon characteristics materialize. The abilities of a dragon slayer also get enhanced. Dragon slayers become stronger and faster and they receive an immense boost of magic power. It is unknown what the exact conditions are before a dragon slayer can enter Dragon Force. 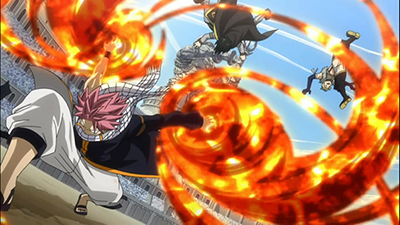 Natsu Dragneel is the protagonist of the series. Natsu learned dragon slayer magic by the dragon Igneel. Igneel is a fire dragon so Natsu gained a lot of abilities related to fire. He is immune to fire and can’t be affected by normal flames. In fact, Natsu can eat flames provided that they are not his own. This can significantly increase his fire power and restore his energy. Natsu can cast fire from any part of his body and can even breathe out flames. 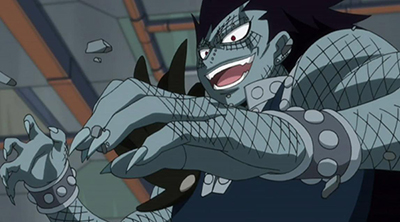 Gajeel Redfox was a member of the disbanded Phantom Lord before becoming a loyal member of Fairy Tail. Gajeel’s dragon parent is Metalicana, the Iron Dragon. He gained the Iron Dragon Slayer Magic which enables him to turn any part of his body into iron or steel to increase his offensive or defensive abilities. Gajeel can also create objects made of iron or steel which he can use as weapons. Like Natsu, Gajeel can consume iron to replenish his energy. 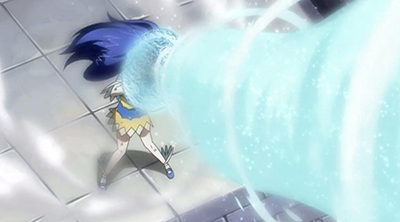 Wendy Marvell is a former member of Cait Shelter before joining Fairy Tail. Wendy learned Sky Dragon Slayer Magic from Grandeeney. Because of this, Wendy has extremely efficient healing powers. She can heal most wounds can negate the effects of poisons. This dragon slayer magic can also restore the body into a healthier state, removing stress or fatigue. The downside to this is that it quickly drains Wendy’s energy and it cannot be used on Wendy herself. Wendy can support her team by increasing the physical prowess of her allies. But Sky Dragon Slayer Magic is not only for healing and support, as it also has immense destructive power. 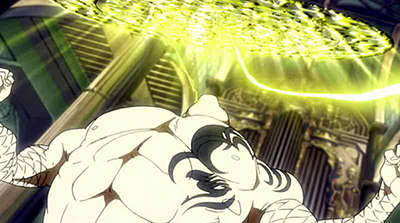 Laxus Dreyar is a member of Fairy Tail and the grandson of its current master, Makarov. Laxus gained dragon slayer magic through the embedding of a lightning dragon lacrima within his body. He became capable of producing lightning as an offensive skill. Laxus can also manipulate lightning and different spells. Like other dragon slayers, he can consume electricity and lightning. 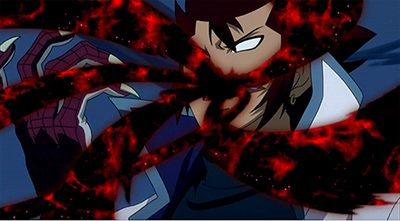 Erik was a member of Oracion Seis before becoming a member of Crime Sorciere. Erik has also gained Poison Dragon Slayer Magic through a lacrima. This enables him to use magic exclusive to Poison Dragons. Erik can emit poison in gaseous form which can take on a form that can physically damage enemies and at the same time, infect them. He has a snake pet named Cubellios whose poison is used by Erik to replenish his health. 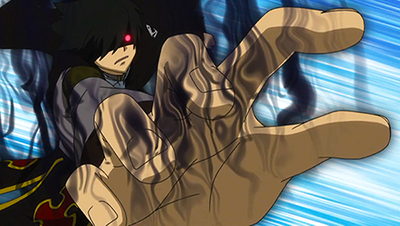 Rogue Cheney is from Sabertooth and was a fan of Gajeel as a kid. Rogue was raised by Skiadrum, a Shadow Dragon. A dragon lacrima was implanted into his body later on. His Shadow Dragon Slayer Magic allows him to turn into a shadow. Like a shadow, it is not tangible and therefore cannot be touched. Rogue can also make his shadows take on forms which he can use to attack. 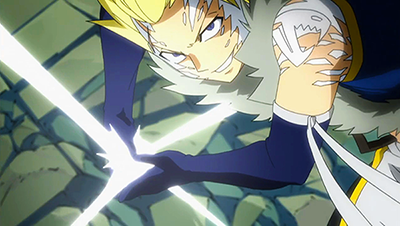 Sting Eucliffe is from the guild Sabertooth. Sting was raised by a Light Dragon named Weisslogia. Like Rogue, his body had also been implanted with a lacrima which makes him a Third Generation Dragon Slayer. Sting can produce and control light which he can manipulate to serve as offensive and supportive spells.