With the country of Fiore entering an age of stability and peace, many soldiers and adventurers would turn in their old lives for new ones as mages. Mage guilds have become the centerpiece of this new age with guilds obtaining some of the most powerful people in the land. Unlike merchant guilds, or adventurer guilds, mage guilds are often a combination of other guilds being that they can usually handle most jobs. This in turn, increased their popularity even more. While the guild Fairy Tail does contain some of the strongest in the land, in truth there are even more powerful mages in Fiore and most of them are a part of the Ten Wizard Saints. 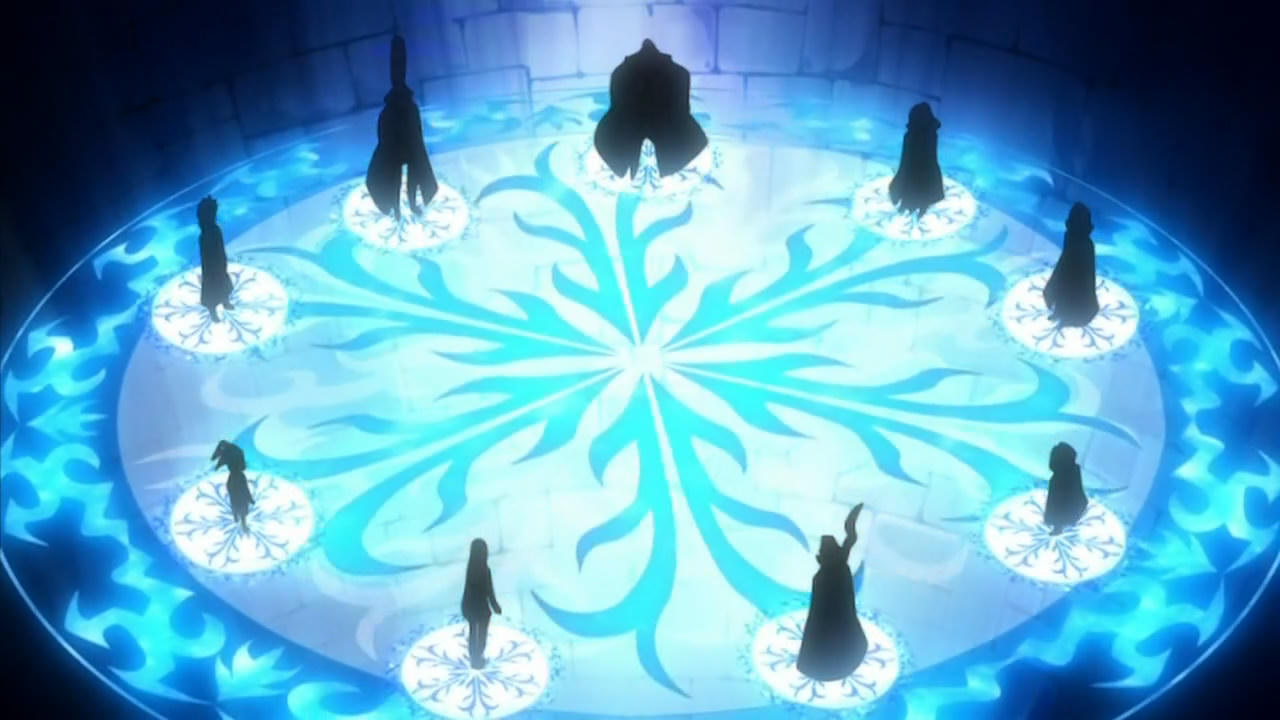 It is not an easy task to become one of the Ten Wizard Saints, as it requires being ordained by the Magic Council chairman. The Magic Council is considered as the highest authority and main ruling body in the magic world. As such it requires a favorable reputation and respect within the Magic Council to actually become a part of the Ten Wizard Saints. A few interesting things to note are that a lot of the current members of the Saints aren't actually a part of any guild, and only a handful of them are actually considered as high class mages. With so much respect and power within Fiore, the Ten Wizards Saints even have the capability of ruling, commanding and influencing the country if needed.

While not much has been revealed about all the members of the Ten Wizard Saints, some of the information listed here may reveal crucial plot points and story information for current and future arcs of Fairy Tail.

You have been warned. 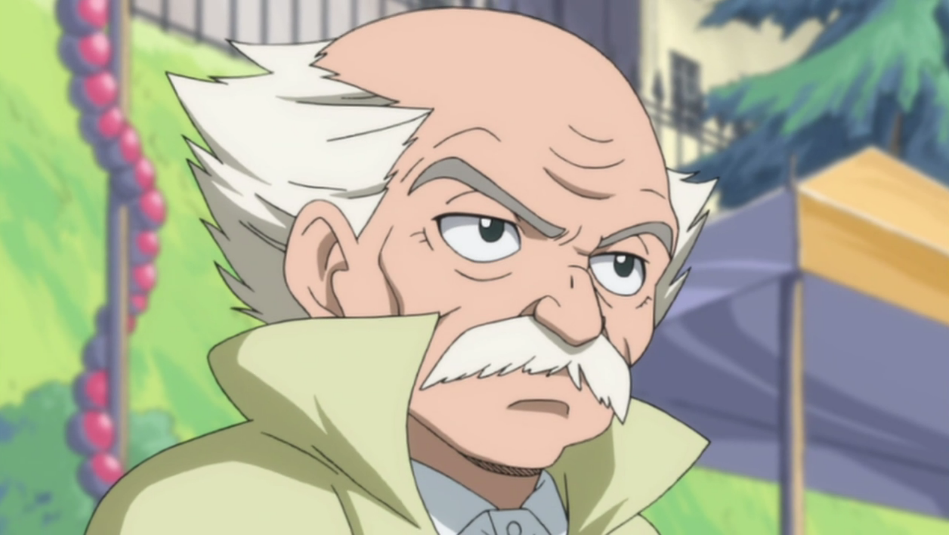 Despite looking like a short elderly man, being both the Guild Master of Fairy Tail and a member of the Ten Wizard Saints isn't just for show. Makarov is the son of one of the original founding members of Fairy Tail. He also possesses immense power, though he does his best not to show it. He is respected and loved because of his passion towards Fairy Tail and its members. Despite being a member of the Saints he doesn't necessarily agree with the Magic Council and often goes against them.

Makarov's most used magic is his signature magic labeled as Giant. This allows him to change his size at will to become more powerful and intimidating. The change in size not only alters his appearance, but his strength and durability as well. 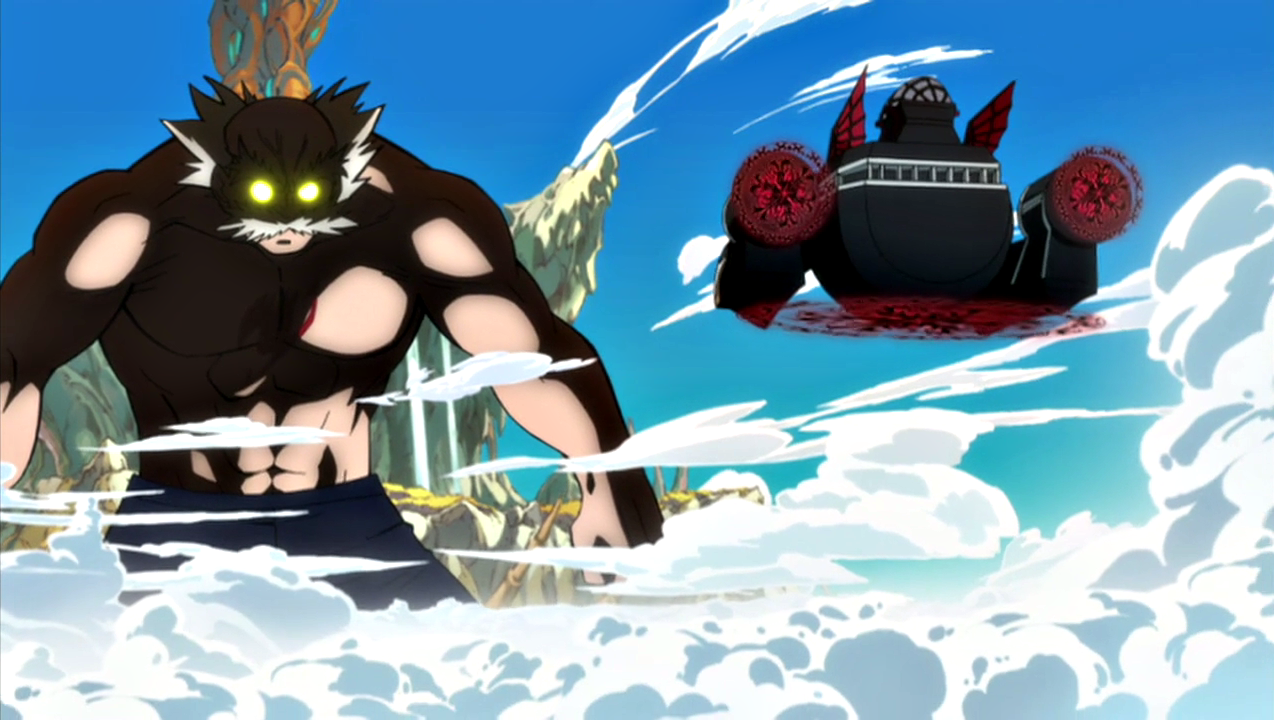 Makarov has mastered many forms of magic. He is known to use magic seals for defense and even has mastery of different elemental magic as well as explosive light magic. His power also gives him abilities like flight, telepathy, anti-magic (dispel magic), as well as Requip (changing clothing in an instant much like Erza Scarlet). The most powerful magic he has displayed in the series is called Fairy Law. Fairy Law is one of the strongest types of magic and it is exclusive to Fairy Tail. Fairy Law allows Makarov to use destructive magic that only affects those he perceives as his enemy. This legendary magic even allowed him to defeat a former member of the Ten Wizard Saints. 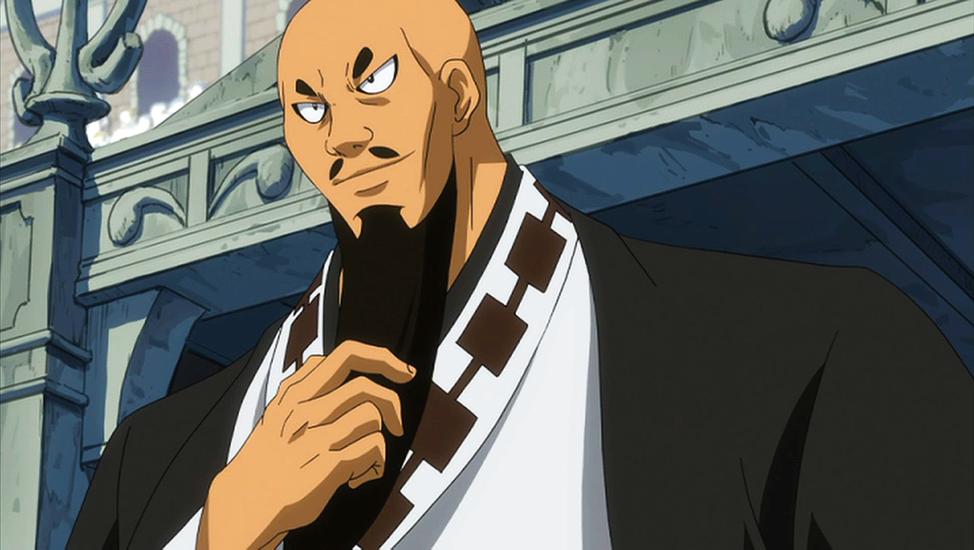 One of the mages of the Lamia Scale guild, Jura Nekis' reputation as a powerful mage is known throughout Fiore. He is often distinguished by his bald head and oval shaped eyebrows. His numerous attires throughout the series also resemble clothing from ancient times of Egypt and Japan. Despite his power, Jura is very humble and respectful. He often praises others of their ability and even calls himself the weakest of the Ten Wizard Saints.

Jura Nekis is often referred to as Iron Rock Jura because of his mastery over Earth Magic. He seems to bend and form earth by will and can use the earth both for defense and offense. He can physically manipulate the shape and form of rocks and channels and amplifies his magic energy with the use of the earth. 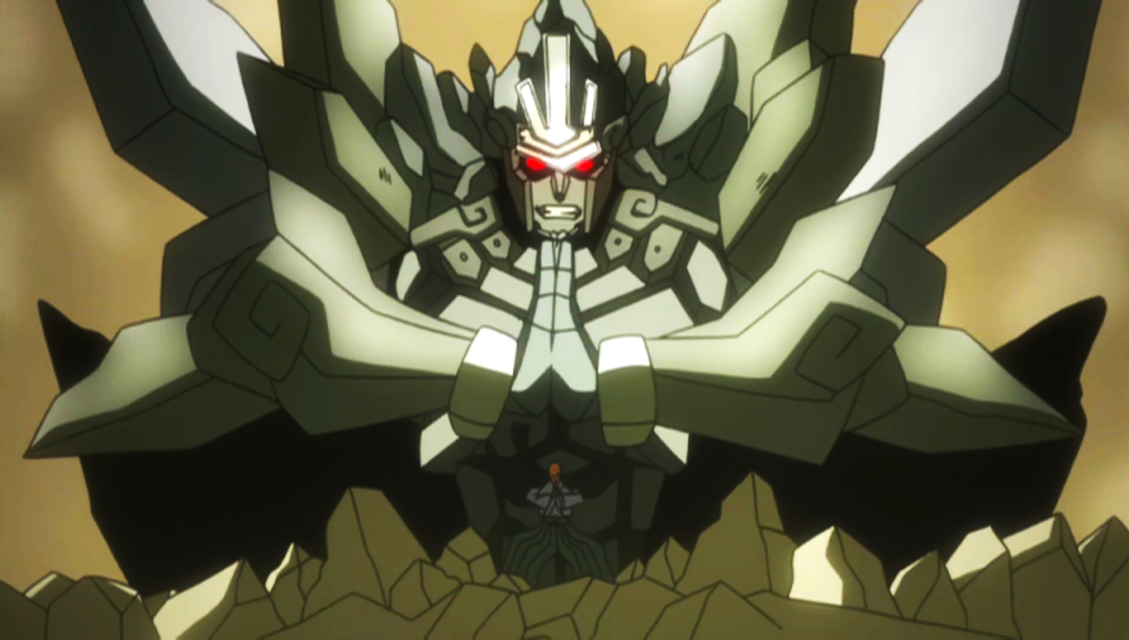 Other than his mastery of the earth, Jura is also well known for being one of the best hand-to-hand combatants in the country. His immense strength, durability and magic power makes Jura a formidable opponent. 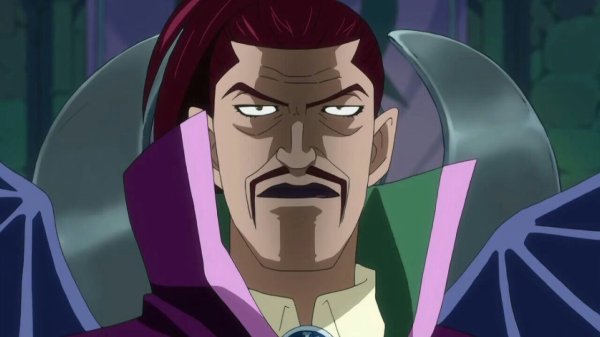 Jose was the former master of the Phantom Lord guild, his act of inciting a war between Phantom Lord and Fairy Tail led to him being stripped of his title as a Wizard Saint and also led to the disbandment of his guild. His appearance is very distinctive, in that he has sharp features coupled with long hair, a long mustache and sharp pointed eyebrows. He is often seen as a comical villain though his true evil personality surfaces when he becomes angry. 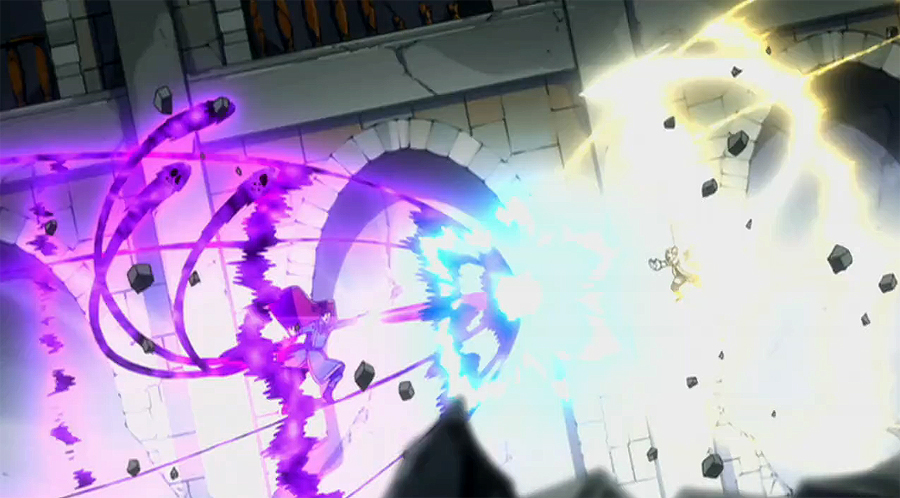 Jose is well-known to use Shade magic, which allows him to manipulate and use shadows in a variety of forms. This allows him to create disastrous elemental magic like tornadoes and lightning by using shadows. He can also use this magic to create beams and blasts. The most significant use of this magic is to create an army of shade monsters that do his bidding. Jose can also project himself over long distances and communicate. This projection is impervious to damage as it is only an after-image of himself. 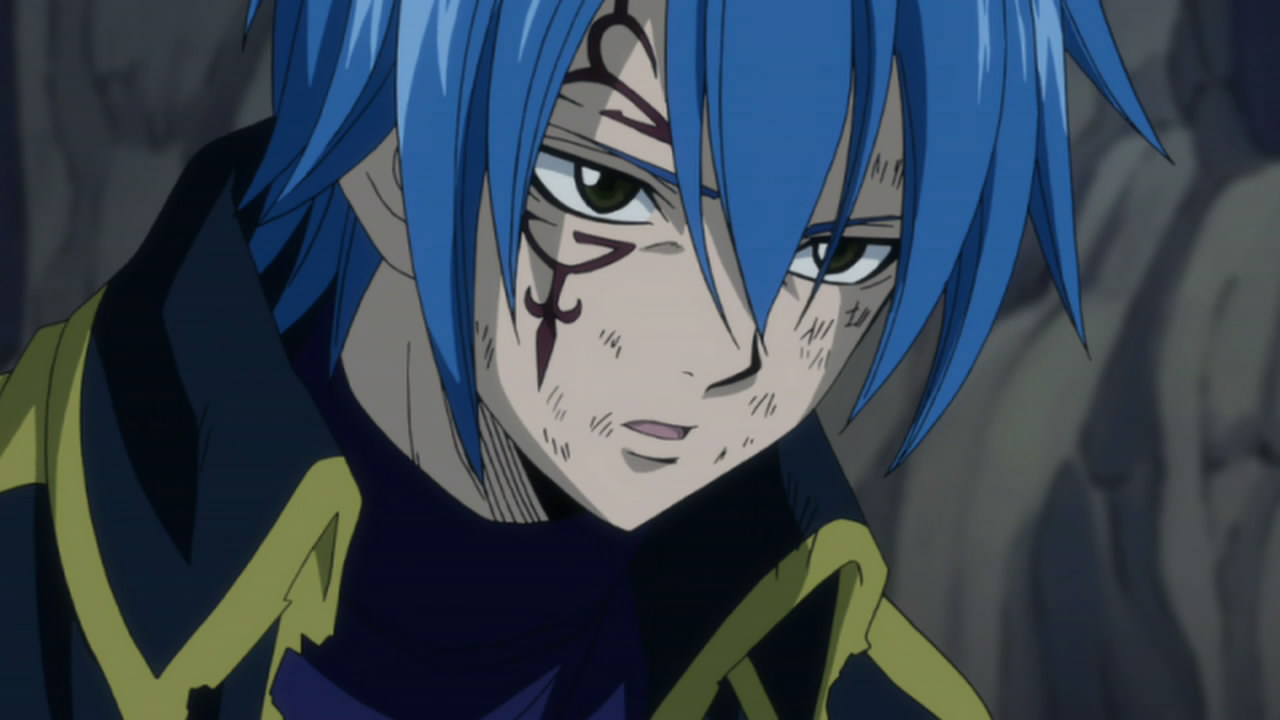 Jellal was a former dark mage who was manipulated into creating plans for the revival of Zeref. He worked his way into the Magic Council by using a thought projection of himself named Siegrain. Jellal is the childhood friend of Erza Scarlet and was once a kind and compassionate person before turning evil. After he was defeated by Fairy Tail, his memory was damaged and he became remorseful of his deeds. It took him years to remember and return to his former self. He spent time in Fairy Tail as the mysterious S-rank mage Mystogan before creating the independent guild Crime Sorciere which was created to destroy Dark Guilds.

Aside from being an expert combatant in hand-to-hand combat and with blades, Jellal's specialty is Heavenly Body magic. He can draw power from different astronomical bodies and channel them to increase his own magical power exponentially or use that power to blast his enemies away. As shown with his acts in the Magic Council, he also possesses magic that can project his image over long distances. Jellal has extremely high intellect which shows in the way he approaches fights and other situations. 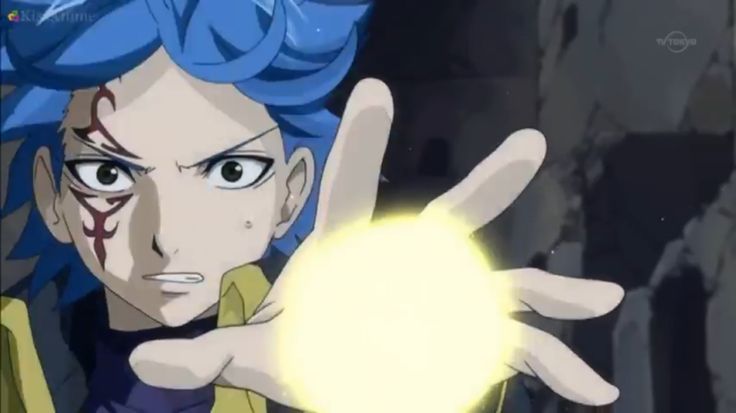 Aside from his Heavenly Body magic, Jellal showed the capability of using Dark Magic when he was being manipulated. He also has mastery over different elemental magic and can combine them for different purposes. He is also telepathic and has telekinetic abilities.

The Four Gods of Ishgar 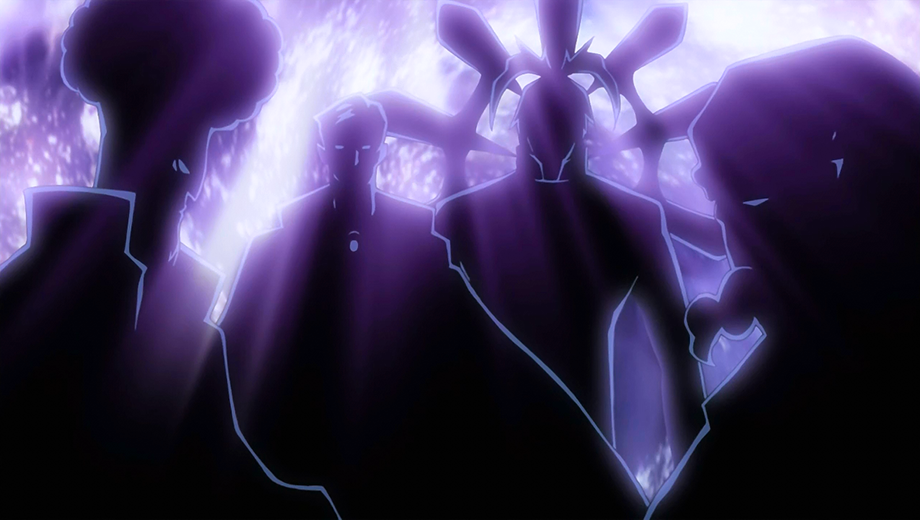 The top four members of the Ten Wizard Saints are said to have power on an entirely different level. It is said that they are so strong they aren't even considered human. One member of the Four Gods can easily dispatch an army of mages and can take care of more powerful mages without putting in much effort. 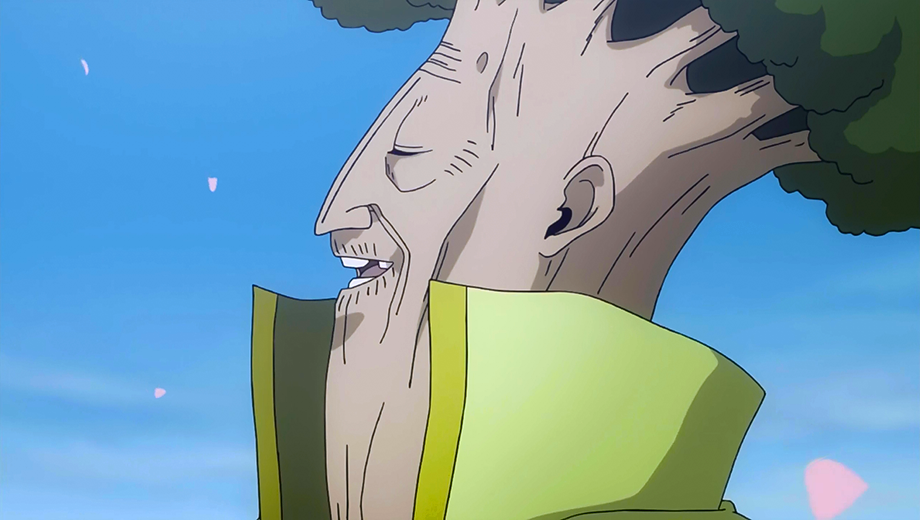 The least of the Four Gods of Ishgar, Warrod Sequen was a former founding member of Fairy Tail. He is often aloof and makes jokes that most people can't seem to understand. Due to his increasing age, Warrod's physical appearance now resembles that of a tree rather than that of a human. 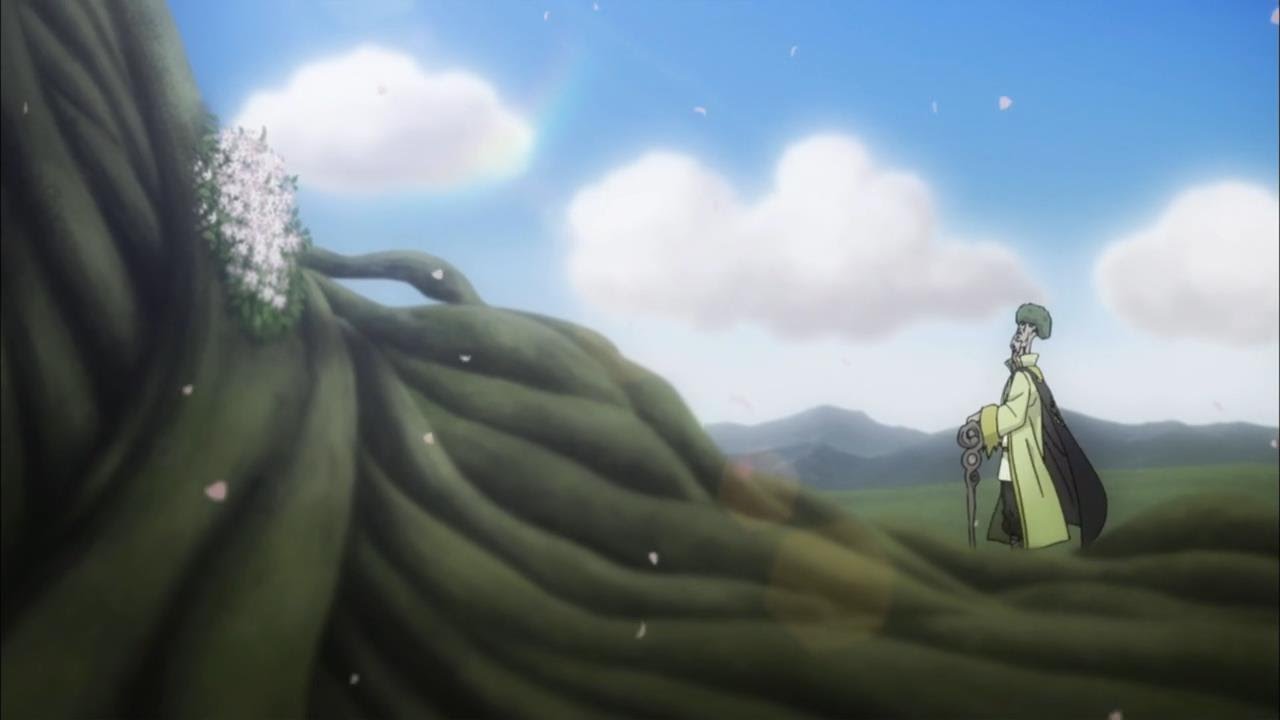 Though Warrod's magic isn't particularly offensive, his mastery over Green/Nature magic allows him to perform feats only made possible by magic from the level of the Four Gods of Ishgar. He can create different types of plants and trees to suit all types of needs. He can even transport these plants at high speeds and they have been known to transport people and prevent deserts from spreading. This magic also somehow preserves Warrod's life and gives him longevity beyond that of any human.

Spoiler Alert: Current information about the remaining Four Gods of Ishgar has only been revealed in glimpses at the manga.

Wolfheim is portrayed as a short elderly man with a long beard and jester-like clothing. As his name would suggest, Wolfheim is an impatient person and one that is easily angered. He's only shown one ability so far in which he transforms into a large beast similar to that of a werewolf.

The current chairman of the Magic Council, Hyberion is a well-groomed man in gentlemanly attire. He has a cross-shaped tattoo on his forehead. Not much is known about Hyberion's capabilities or powers.

God Serena was the strongest mage in the continent before defecting to another empire. He is a middle-aged man with medium length hair and a scar on the bridge of his nose. He and Makarov seem to have a connection in the past that hasn't been discussed yet in the story. He is a quirky and flamboyant person who seems to enjoy the spotlight. He makes dramatic gestures even during the most simple conversations.

Despite much having been shown in the story, there still is a lot of room to explore in terms of the members of the Ten Wizard Saints. Some of them haven't even been introduced yet. Hopefully the story will shed more light on them and their capabilities as we continue on our journey with Fairy Tail. 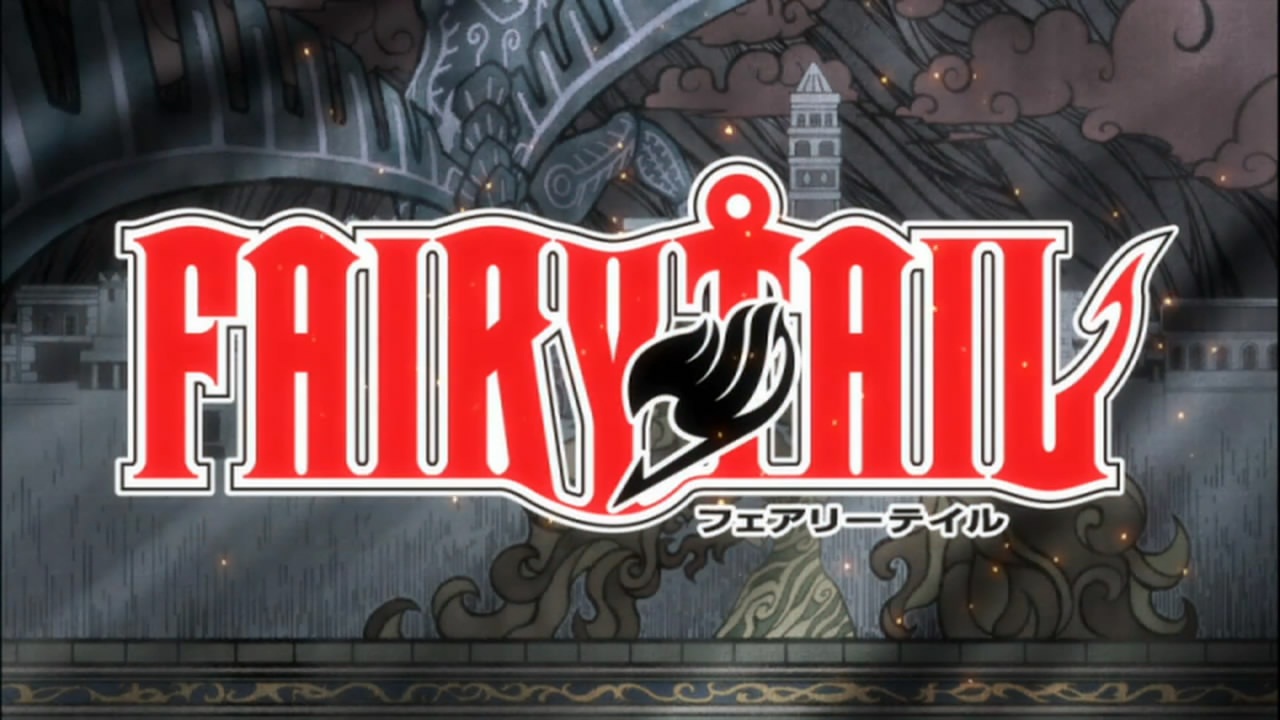