Is There Love? Bleach Edition

With each villain threatening the destruction of the world in both the physical and spiritual aspect, it's really hard to focus on feelings of love and romance in Bleach. Keeping that in mind, there have been some noticeable pairings and who ends up with who is hotly debated by fans worldwide.

Unlike most of the anime series out today, Bleach is one that's nearing its close in the manga and will soon follow in the footsteps of its former competitor Naruto. With a closure in the story and the entire series we're likely to see an epilogue of sorts and find out what happens to most of the characters. Keeping this in mind, we've had numerous stories end with creators revealing who ends up with who finally finishing all debate. We've seen the pairings and families in Naruto and we've also seen what happens in the end for characters in other anime like Rurouni Kenshin. We may get to see our answer soon enough for Bleach as it goes through its final arc. However, while we aren't there yet (especially for the anime), this would be the best time for speculation and a bit of daydreaming.

Amidst all the battle, tension and struggle the series has been known for there to be a lot of moments where people are left to wonder in terms of romance. We've seen characters defend each other and show something more than just deep friendship. The feelings have never been so real as it is now and it's up to you to decide whether or not there is love in between the pairs here. 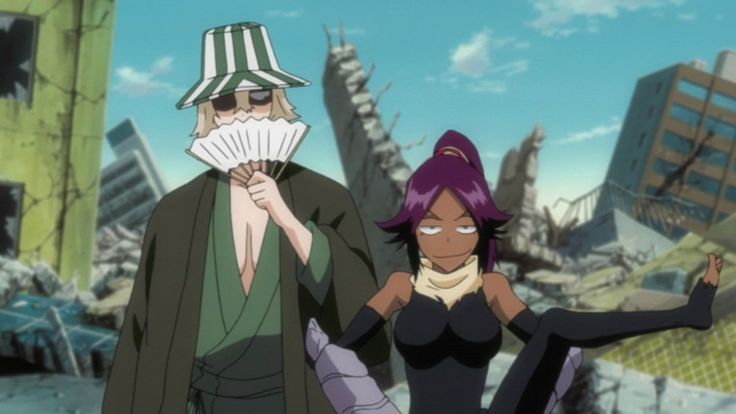 One of the more mysterious and interesting pairs in the series, it's somehow obvious that there's a bit of a connection between the two of them yet it's never been fully explored. Urahara was the former head of the science division of Soul Society who was exiled after the events with the Hogyoku and shinigami that were turned into hollows (the Vizards). Yoruichi was also once a head of the Stealth Corps of Soul Society and was also a princess from the royal family.

While Urahara can be aloof and eccentric, both he and Yoruichi share the same intelligence and wit. You could say that they're the only ones that truly understand each other. This coupled with the fact that both were former captains and that both were very powerful in their own right makes their pairing even more likely. They've also been to the human world the longest and their connection has never been severed. It makes you wonder if something else did happen, or if something else is happening behind the curtains. 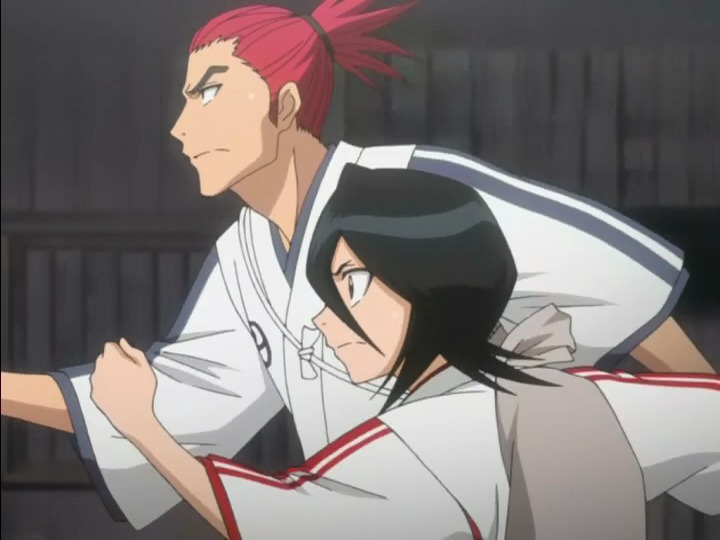 This is one of the pairings that's been debated a lot because fans are split on whether or not Rukia should end up with Renji or Ichigo. Renji and Rukia have known each other from a long time being that they are both from Soul Society and both of them moved through the ranks to become Vice-Captains. Being friends while they were young, they also understand each other's feelings and experiences. Renji also has a deep connection with the Kuchiki family because of his past and his current partnership with Byakuya.

One of the reasons for their chemistry is the fact that both of them were essentially loners and Renji's dynamic and cocky personality somehow compliments Rukia's graceful and modest demeanor. Throughout the series they have been training together a lot and have been improving skills at the same time. They've also been in battle together numerous times. During the Soul Society arc, Renji's feelings toward Rukia is seen in his anger towards Ichigo during their battles. He even went so far as to challenge Byakuya partly because of what was happening to Rukia. Time will tell if they are truly the right pair for each other. 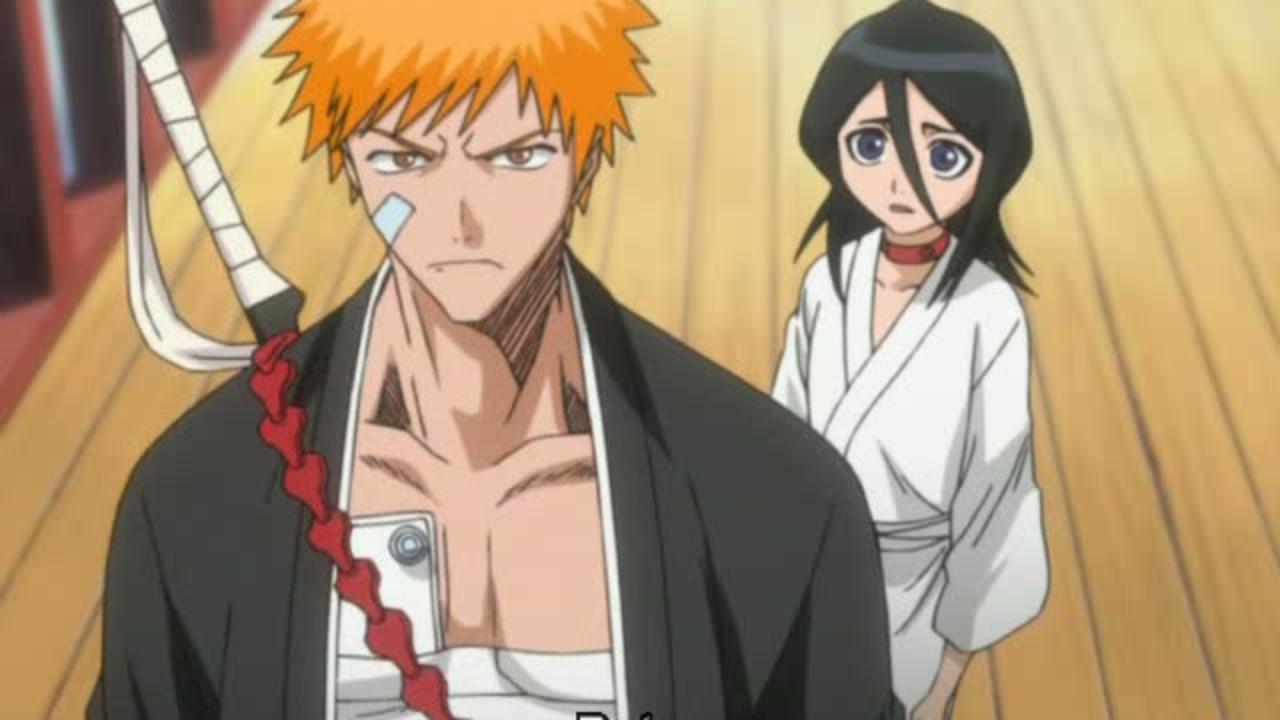 Like Rukia, Ichigo is hotly debated because fans are split on whether or not he should end up with Rukia or Orihime. Since the beginning of Bleach, Ichigo and Rukia's fate seemed to be entwined with their chance meeting and the fact Rukia essentially gave part of herself to Ichigo for his powers. The entirety of the Soul Society arc also tackles the struggle of Ichigo to reach Rukia on time, and Ichigo's resolution and will to save his friend. Ichigo is the person who saves Rukia and though it is a pivotal moment, it doesn't seem to end there. Another moment between Rukia and Ichigo is seen in the Arrancar arc with Rukia's struggle against the after-image of the deceased Kaien Shiba. Another thing to note is that it is mentioned by Captain Ukitake that Ichigo resembles the former Vice-Captain Shiba a lot, a man whom Rukia cared for.

You could say that Ichigo's strength and will had the most influence on Rukia. Since his determination gave Rukia a different sense of the world she once knew. This means that Rukia not only owes Ichigo her life but her growth as well. Ichigo also cares deeply for Rukia and would not hesitate to go after her if she was in trouble. We'll soon find out if the end mirrors the beginning in terms of their connection. 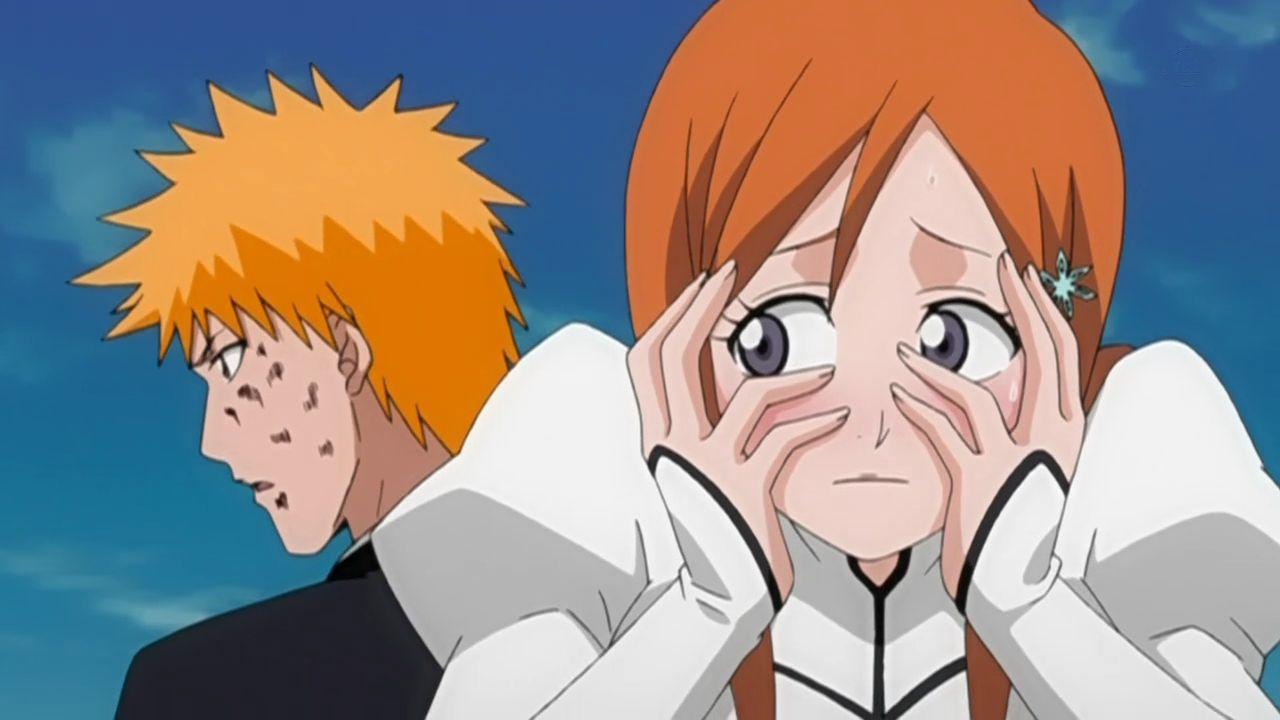 Not only do many believe that they look good together, Orihime already confessed her love for Ichigo (though he was mostly unaware). Much like Renji and Rukia, Ichigo and Orihime are the ones who've known each other longer and were even in the same school. Even during the Soul Society arc, you could see how Orihime deeply cares for Ichigo and is somehow always concerned about his well-being.They both mirror a personality that's sacrificial towards their friends and especially towards one another.

The Arrancar arc is somehow a mirror of the Soul Society arc, but it is Orihime that is in danger this time, being held prisoner by Aizen. It is clearly seen in Ichigo how much concern and care he has for Orihime; he faced all of his enemies in the Espada without much care for his own life. Orihime already declared that she was ready to die for Ichigo and his actions also reflect that same kind of attitude. It's likely for these similarities to bloom into something deeper down the road, but it might not be certain yet.

There have been other pairings in anime, but it is these that have made a certifiable impact for most fans. Who do you think should end up together? We may get those answers soon, but while it is a seemingly long wait, all we can do is appreciate and imagine the journey it has been so far in Bleach. The fate that they've been fighting for the entire series may soon bring them towards a true fated love. 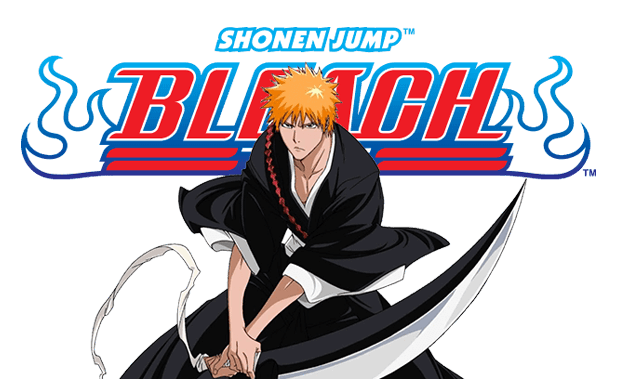