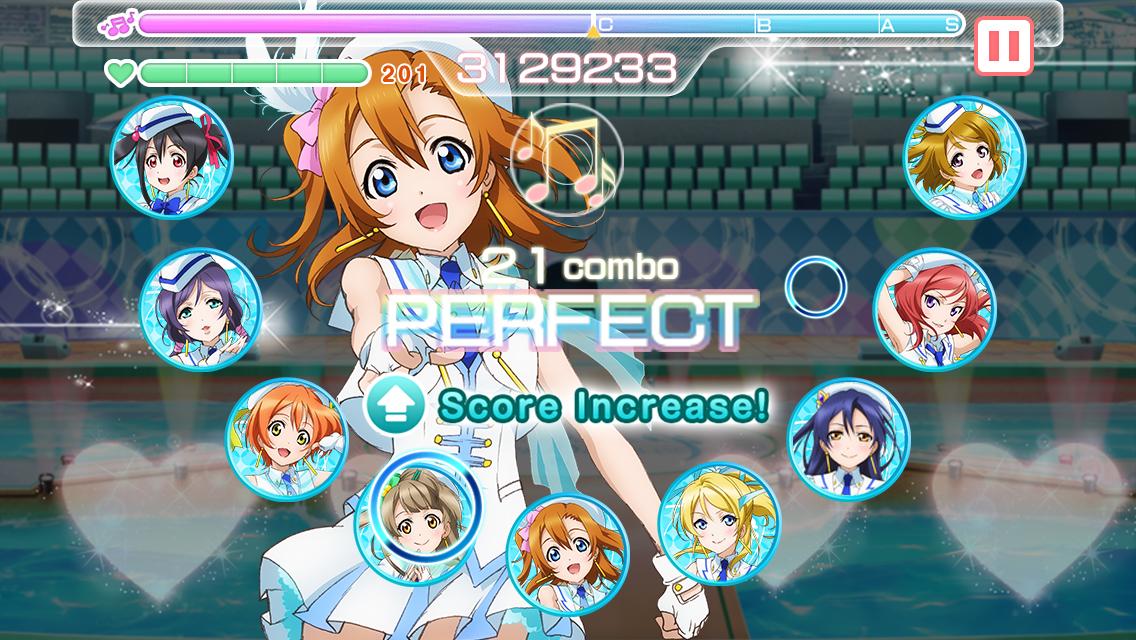 Taking the simple joy of music rhythm games and mashing it up with the cheerfulness of the Love Live idol franchise is a no-brainer for success, so it’s no surprise to see developer Klab do just that with terrific results.

Love Live! School Idol Festival features all nine members of μ's, Aqours, and more for you to build the ultimate school idol group, with exclusive character variants available during themed events and draws.

Get your fingers ready for tapping as you’ll play through the series’ rich library of songs. The game’s story mode compliments the anime series by diving more thoroughly into the idols’ school lives with stories based on Love Live! School Idol Diary. 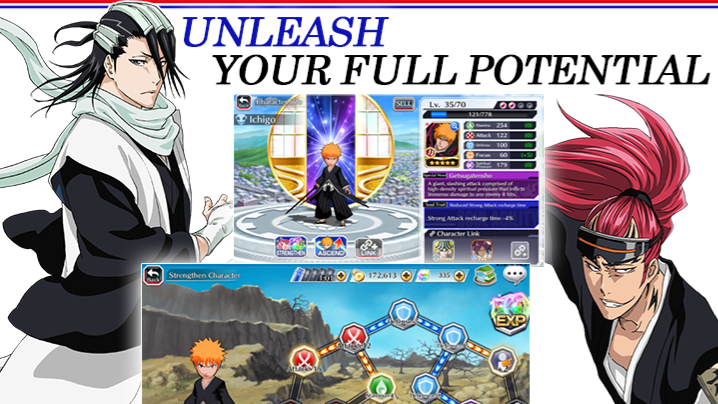 Even though the Bleach manga is finally ending this year, fans of the Shonen Jump series can turn to their mobile phone for more ghostly goodness.

Bleach Brave Souls is a cutesy top-down brawler that transforms the anime cast into chibi versions of themselves, ready to wallop any deadly Hollow in their way. The game uses the series’ storyline as inspiration for its beat-em-up levels, allowing you to create a team of three Soul Reapers ready to rid the world of nasty spirits.

Early levels are easy to plow through, as it lets you get the hang of the touch-screen controls used for navigation and initiating character’s trademark moves. Similar to Love Live: School Idol Festival, you can unlock normal and special variants of your favorite characters through a draw system requiring tokens that are easy to obtain in-game, or through paying up. 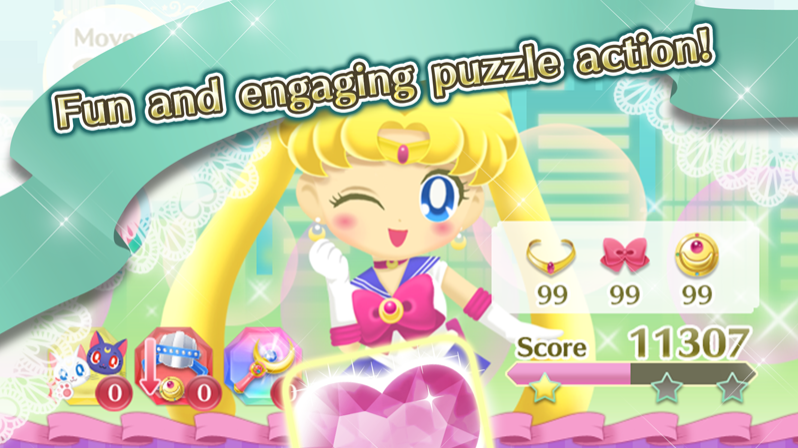 Anyone familiar with the Bejeweled styled gameplay of Candy Crush will be right at home with this Sailor Moon game.

Sailor Moon Drops is a puzzle game based on the one-and-only magic girl anime series by Naoko Takeuchi. You arrange three or more gems either vertically or horizontally to clear them out and score points as a chibi Sailor Moon shouts with glee at every combo.

Some levels will require you to accomplish certain tasks, such as eliminating every bricked gem, retrieving accessories, or punishing bosses in the name of the Moon. The adorable aesthetics and creative combos help distinguish this game from other Bejeweled clones flooding the market. 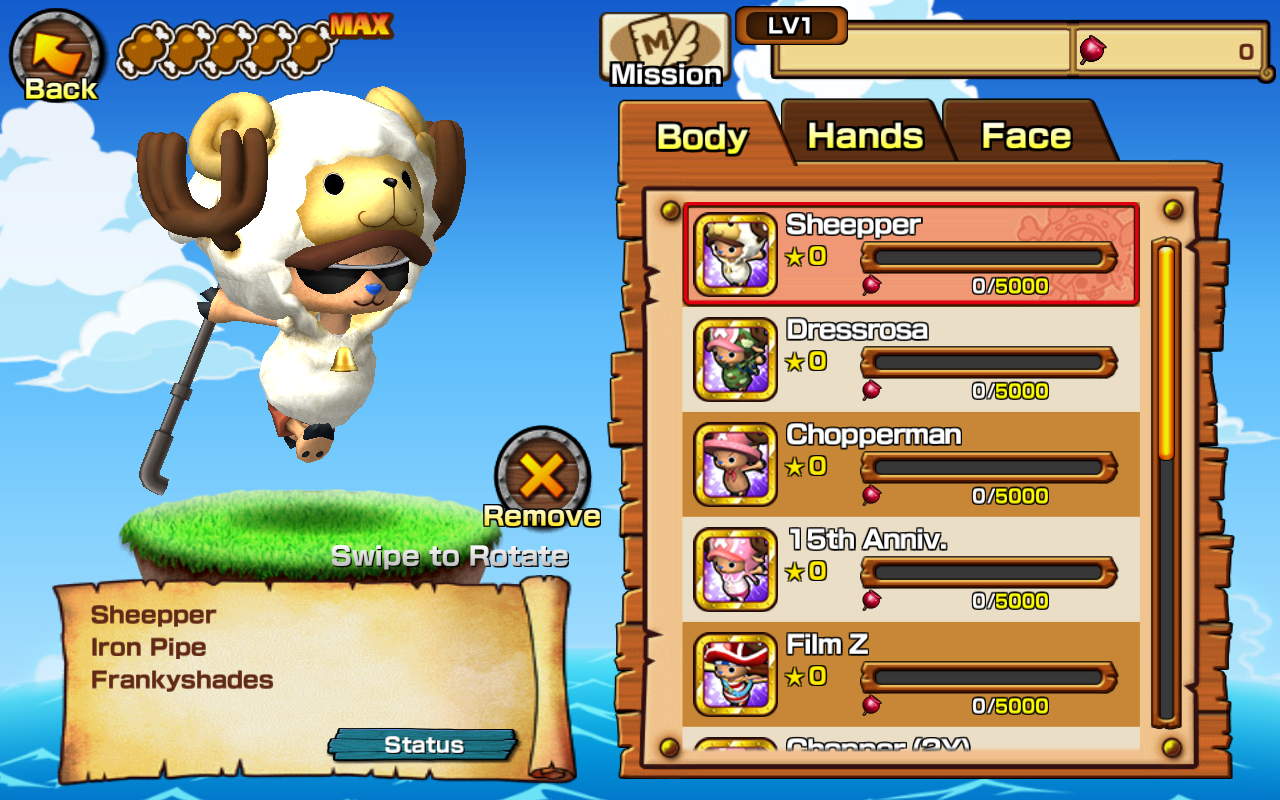 While there’s certainly no end to the amount of endless runner games on the mobile marketplace, there’s only one that stars a talking pirate reindeer armed with a medical degree and a craving for candy apples.

Run, Chopper, Run has the medic of the Straw Hat crew run through key locations from the long-running One Piece series. You must tap on the screen to make Chopper jump, double jump, or glide over obstacles or obtain necessary items and treasures.

The anime mobile game is presented in a 2.5D perspective with 3D character models, making it easy to anticipate trouble heading your way. It’s a fun diversion anime fans will certainly get a kick out of, especially when obtaining the Rumble Ball powerup that transforms Chopper into a Hulk-like monster. 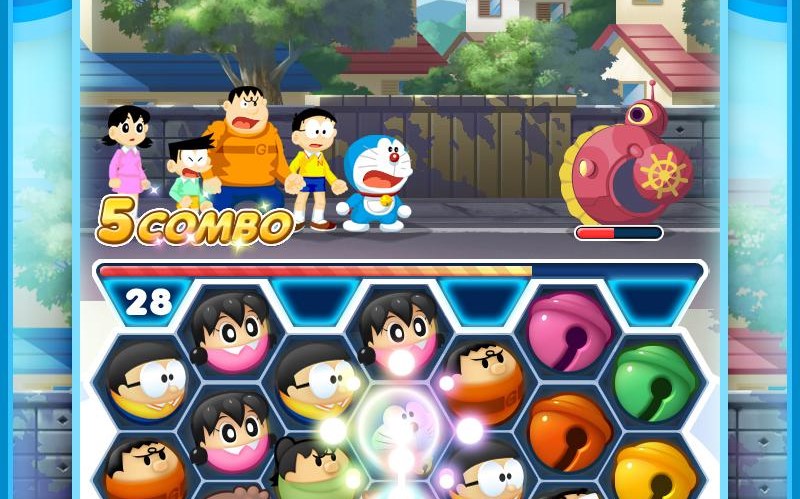 The robotic cat from the future tries his hand at puzzles in this all-age appealing anime mobile game.

Doraemon Gadget Rush is a puzzle game similar to Sailor Moon Drops; however, what sets them apart is the way you wipe out gems. Instead of the traditional horizontal or vertical gem alignments, Doraemon has your fingers zigzag through four or more gems in order rack up enough combos to defeat the robotic monsters attacking the time traveling feline and his family.

There’s also a time limit in place, so you better start zigzagging right away. The storybook visuals of Doraemon Gadget Rush only add to the game’s charm. 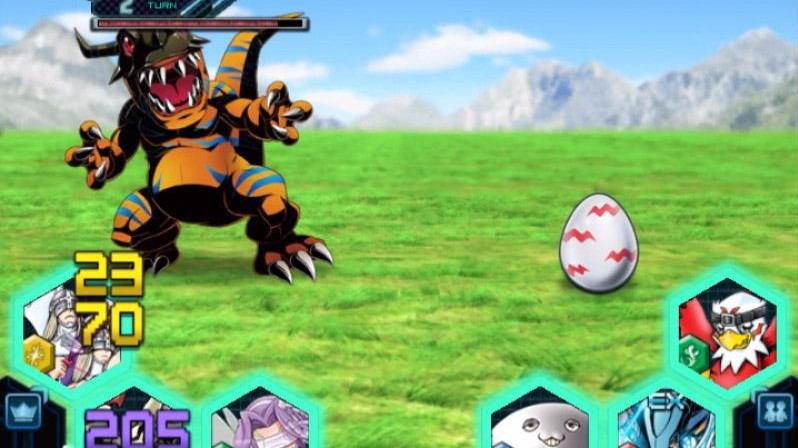 For an anime mobile game that cuts straight to the chase, look no further than the digital monsters of Digimon.

Digimon Heroes! is an RPG that uses a card-based system to initiate attacks related to the Digimon team of your choosing. There’s no beating around the bush here. The game offers a speedy tutorial, then sends you straight into the battlefield with minions to defeat and bosses to destroy, all wrapped up with minimal presentation that’s guaranteed to work on the most basic of phones. Matching colored cards for combo attacks is addictive, along with collecting and combining Digimon to create powerful allies for your roster. 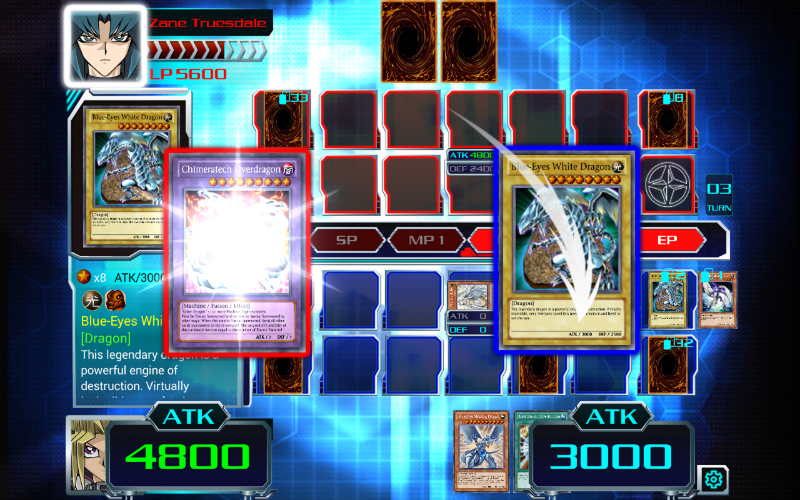 Mobile games like Hearthstone: Heroes of Warcraft have shown there’s an audience hungry for collectible card games, so it makes perfect sense to launch the Yu-Gi-Oh series on smartphones.

Yu-Gi-Oh! Duel Generation takes the entire experience of playing Yugioh and shrinks it down for mobile. You can play against the computer or other duelists online with a deck built from 6,000 cards. And yes, you can summon all the Blue-Eyes White Dragons you want.

The game features characters from the various anime series, allows offline play, and is pretty open to newcomers interested in the Yu-Gi-Oh card game. 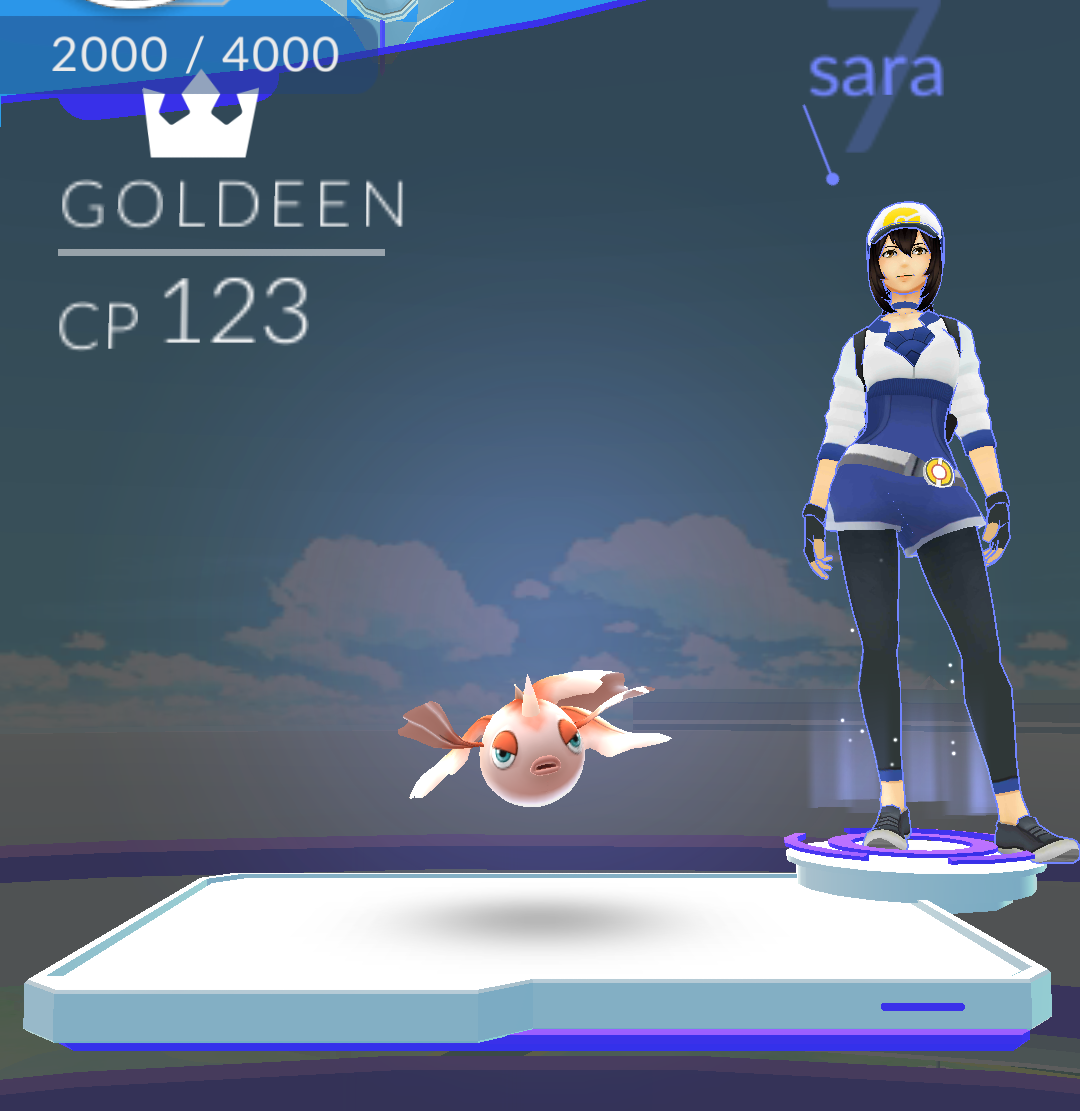 Recently, when it comes to mobile gaming, there's only been one word on everyone's lips. Yes, it's Pokémon Go and its worldwide overnight success has been written to death about, but that just highlights how on the ball developer Niantic were in transforming the Pokémon experience from Game Boy to mobile.

Using augmented reality and Google Maps technology to hide 151 Pokémon in real life locations fulfills the Pokémon trainer fantasy we all had back in the 90s.

The three teams you can join adds a sense of competitiveness and makes catching them all the more fun, as you scour the Earth for Gyms to conquer for your teammates. Not to mention, Pokémon Go is a great way to get exercise and socialize with other enthusiasts like yourself. 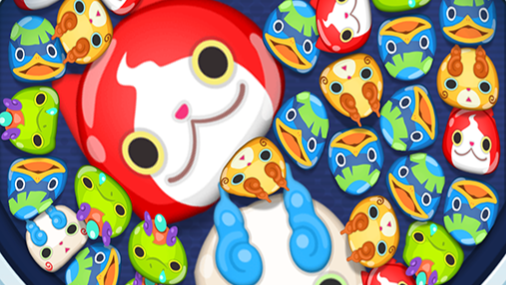 Level-5’s monster-battling franchise, Yo-Kai Watch, has taken off thanks to the anime series, 3DS games, and films. Now, there’s a mobile game that fuses the series’ RPG elements with puzzle matching of its bubbly-head spirits.

Yo-Kai-Watch Wibble Wobble plays similar to Doraemon Gadget Rush, where you match tiles to inflict damage onto your opponent, but where Doraemon offered a zigzag direction to match its hexagon board, Yo-Kai-Watch allows you to match the wibble wobbles in a circular motion. Matching four or more tiles creates bigger wibble wobbles; giving you nice bonuses for severely damaging your enemies.

You can also befriend the Yo-Kai with chocolate - in a manner similar to Pokémon Go - and add them to your team. Or, use your tokens to randomly pick one out of a toy capsule vending machine. 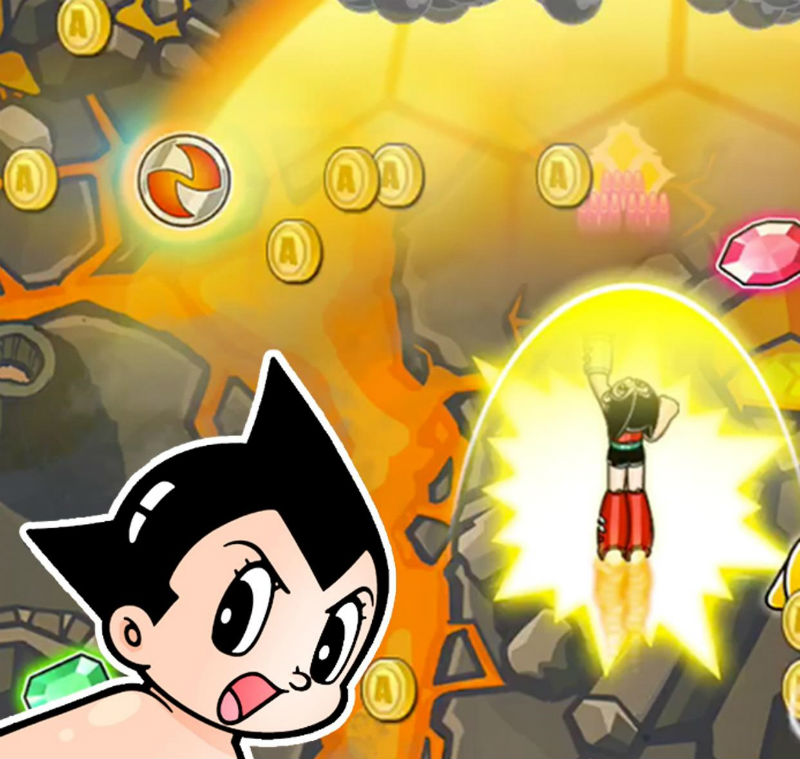 Astro Boy may be a pacifist, but he’ll still participate in the occasional blasting of rampaging robots every now and then.

Astro Boy Flight! takes the iconic 1950s anime character by Osamu Tezuka and throws him into a vertically scrolling shoot 'em up game reminiscent of classic arcade titles. You move Astro with the swipe of your finger, as nonstop robotic enemies get in the way of your constant lasers, which can be powered up by grabbing the right item in time.

The gameplay is simple, but becomes progressively more challenging as you move further through the stages. Amusing arcade action presented in a comic book-ish package.

Bonus Pick: Wake Me Up Asuna 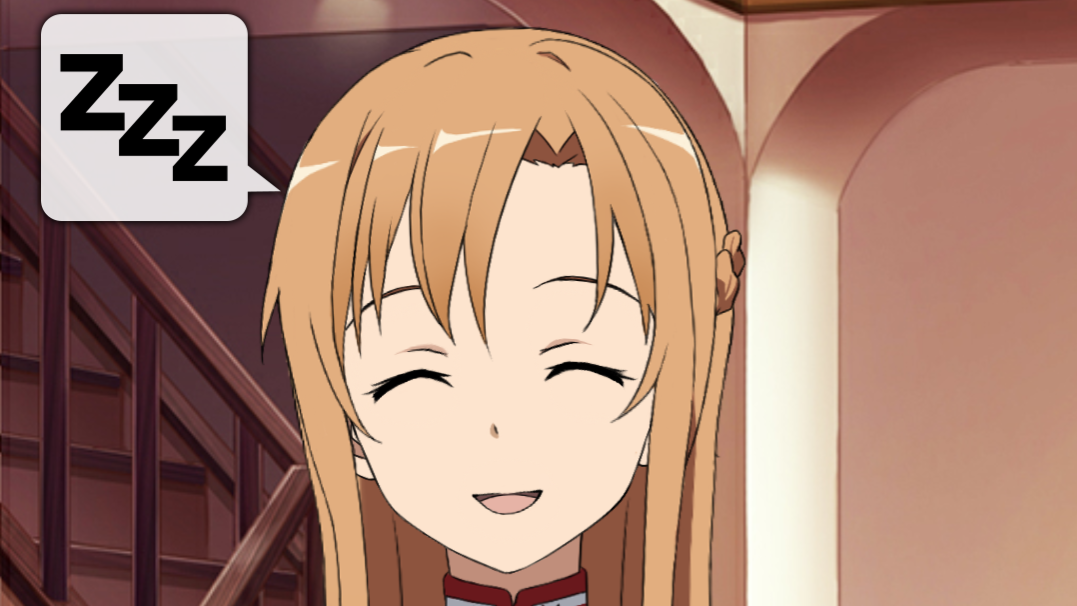 While not a game per say, Wake Me Up Asuna has the popular heroine from the Sword Art Online anime series wake you up every morning at the time of your choosing. She tells you the time, weather, fortune, and what’s on your schedule.

As the app’s description page suggests, Wake Me Up Asuna truly makes you feel like Asuna is your wife, but unfortunately Asuna can only speak Japanese.