In this week's Noragami Aragoto, Yato is on his way to save Hiyori. He has no clue where she is, but he has an idea who is keeping her. He is ready to save her, even if its means putting his own life at risk. 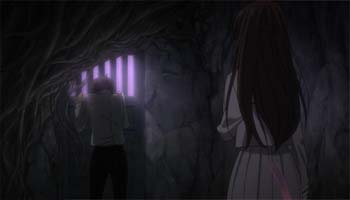 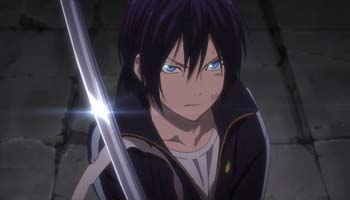 In this episode of Noragami Aragoto, Kugaha's plan takes another step forward. After kidnapping Hiyori in the previous episode, an enraged Yato thought that Kugaha was sent by Bishamon to do the deed. He realized Bishamon kidnapped Hiyori, and now he wants to storm into her castle to take Hiyori back. She's ready take him on though, and the fated showdown between the two is about to commence. This fight is planned by Kugaha though. He knows that Yato is fond of Hiyori, so he used her as a reason for Yato to kill Bishamon. 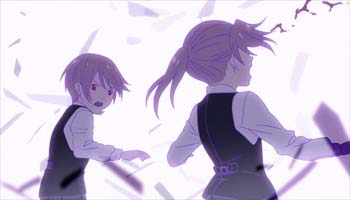 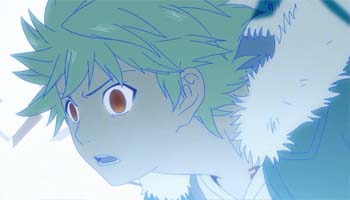 Kugaha wants Bishamon dead, and a successor to replace her. Apparently, a god with a name like Bishamon doesn't really die because people still pray to her. The current Bishamon might perish, but the prayers will bring forth a new one. Kugaha is hoping that Yato would slay Bishamon now, and then use the successor's power for his own gain. Kugaha is a true mastermind, because he not only baited the two gods to fight but he also made sure Bishamon is not on top fighting condition. He has one of the Shinki taint their master and he's been weakening Bishamon by drugging her. Kugaha basically served Bishamon to Yato, and Yato isn't aware that he's a pawn in Kugaha's plan. The two gods also seem ready to fight to the death since they're not holding anything back. It even got to a point where their Shinki are being hurt themselves, but Bishamon took it a step too far by breaking Yukine, in his sword form, in two in front of Yato himself. One can only wonder the wrath the god of calamity will unleash, but that will have to wait, as the episode ends with Yato in utter shock. 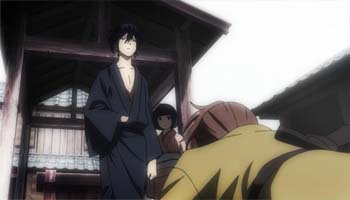 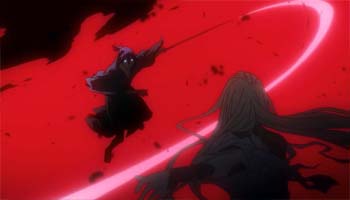 This episode also features the event regarding Yato killing Bishamon's clan. Hiyori noticed Kazuma is the only one with a "ma" in his name and others have "ha", like Kugaha and Suzuha. Kazuma explains that he is the only survivor of Bishamon's previous clan, the MA. She decided to use a new name after Yato slaughtered her previous clan. Kazuma explains that Bishamon was once tainted by one of her Shinki, but the clan cannot find the culprit. This led to chaos among the MA clan, and they started killing each other. Kazuma, newly introduced into the clan, decided to ask for help. He sought Yato's help by praying to him, and Yato complied by wiping out the clan. The MA clan turned into phantoms when he slayed them, but Bishamon only saw her beloved "children" killed by the god of calamity. This led to her undying hatred of him, and Kazuma calling him a savior. Kazuma having a part in the slaying is pretty interesting as it adds more cracks to the already strained relationship with his master. It's a sad story and it just spells a bad ending for them all. 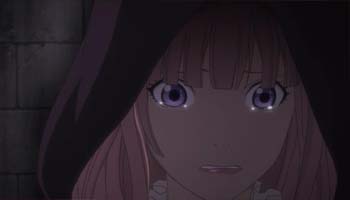 Kugaha deserves a mention, as he gleefully watches two gods attempt to kill each other. His plan is progressing smoothly, and there's no one that can stop him now. This episode focuses on Aiha though, the pawn Kugaha used to taint Bishamon. He gives Aiha medicine to suppress the tainting on herself, but it still affects Bishamon. Realizing Kugaha's plan, Aiha has a guilt trip throughout the entire episode. She cries realizing how much she messed up, and she stays in a corner feeling sorry for herself. She might play a bigger role at some point in the story though. She may even die for her master if given the opportunity to redeem herself, but the best bet is that she'll just betray Bishamon some more and align with Kugaha. She's a needy girl that lashes out just like Yukine did in the first season, but in a more childish manner, so it's not surprising if she causes more trouble for Bishamon. 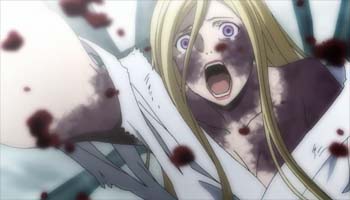 Kazuma is proving himself to be the most loyal Shinki Bishamon has, since he even resorts to wishing a mass murder to happen just to save her. He's put a lot of burden on himself though, and it looks like he'll have to answer to them soon enough. It's a shame Bishamon cannot look past her clan's slaying, since it did more good to her than anything else. As expected, she keeps too many Shinki by her side and it ultimately doomed them all. The MA clan's slaying didn't change her though, because she still keeps any lost soul she meets. The only thing she gained after the slaying is undying anger for Yato, and it's too bad she doesn't realize her own faults. Kugaha's plan to force a succession might succeed if she keeps being stubborn, and she only has herself to blame.

Predictions for the Coming Episode 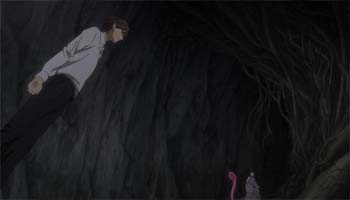 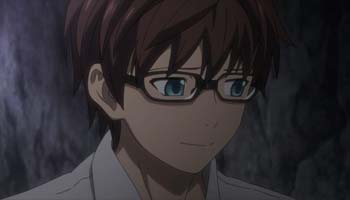 Yukine dying is unexpected since Hiyori's life is also in danger. If she is apart from her body for too long then she will die, and being locked up by Kugaha prevents her from returning. I predict that she will die first, and it'll motivate Yato to unleash hell on his enemy, but Yukine's death might provide that instead. Yato might save her, and spoil Kugaha's plan last minute.

Kazuma and Bishamon's emotional reunion is also being set up. Bishamon might actually die, and it'll lead to her realizing her mistakes. Kazuma might also die as well, since Yukine already proved Shinki can sacrifice themselves for their master and Kazuma is undeniably more loyal than any other Shinki in the series. Either way, there'll be a heartfelt moment between the two, guaranteed to make people cry.