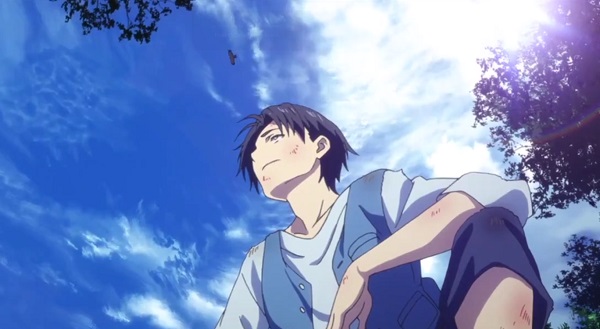 Being able to fly is probably one of the most awesome abilities ever. Just imagine flying to your school or the department store. You would be able to save yourself anytime as well. "Sky High" Saitou is a supporting character whose name is referring to his amazing ability, but he gets caught by the student council of Hoshinoumi Academy and agrees to cease flying as to not attract any attention. 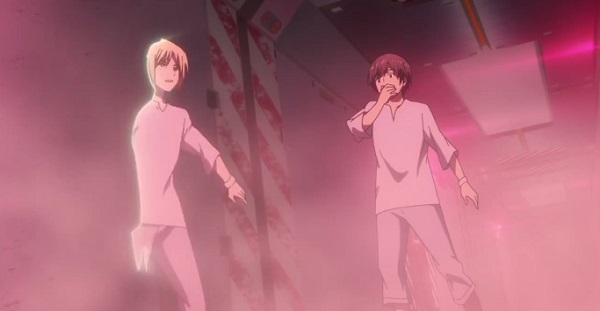 Shichino is a friend of Shunsuke who is able to pass through walls which comes in handy when you need to take an elaborate escape route fast. However, he gets very tired after passing through objects every time which decreases his ability as well. It would be nice to simply enter buildings and rooms instead of going the long way around, right? 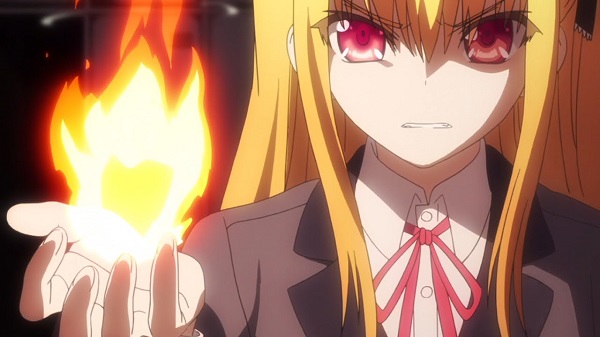 Misa Kurobane is Yusa's older dead sister who possesses her body from time to time. Her ability matches her personality well - it is pyrokinesis, the ability to create fire and destroy the objects or people with it. It is a powerful ability that can make a lot of damage. Controlling fire can come in handy in certain situations. 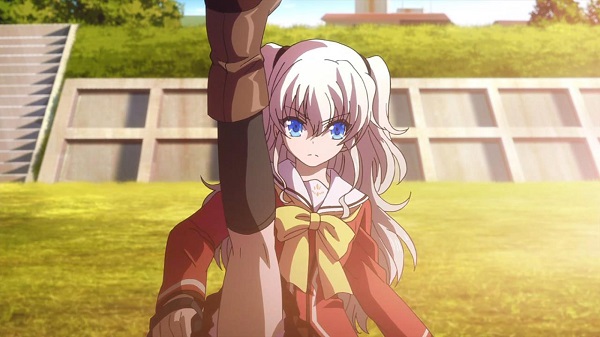 Nao Tomori, one of the protagonists in the series is able to make herself invisible for a period of time, however, she can do it only in front of one person. Nevertheless, wouldn't that be really cool? You have probably encountered more than few situations in your life in which you desired to be invisible, at least for a few seconds. 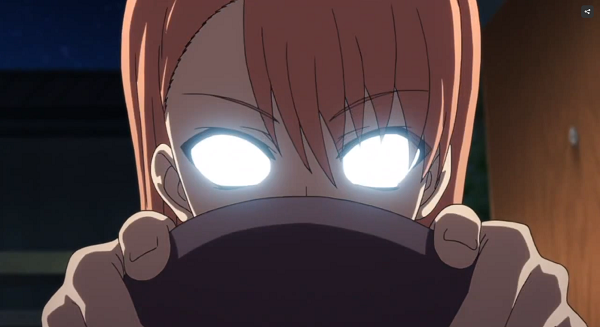 Medoki is another friend of Shunsuke who is able to make someone fall asleep with or without touching that person. She only needs to make an eye contact with the person in question and voila! The only bad thing is that the excessive use of that ability makes her sleepy too. 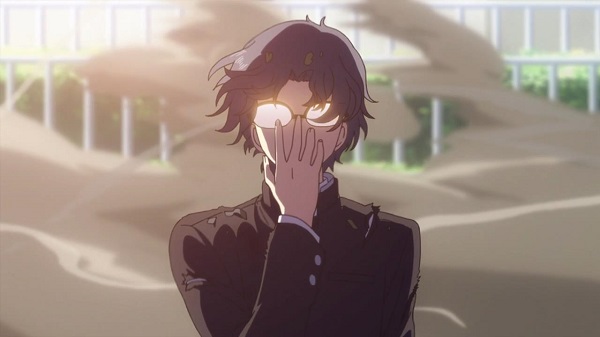 Joujirou Takajou is a member of the student council who is able to move at such high speeds that he almost looks like he is teleporting. However, even though this ability may seem amazing at first, it is not easily controlled. Takajou gets hurt every time he uses it because he gets cut or he bumps into various objects along the way. 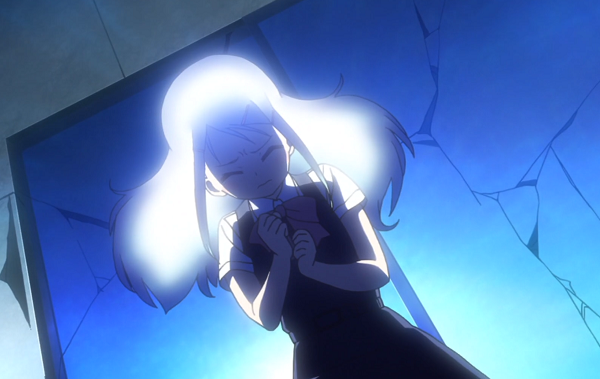 Collapse is the most destructive ability of all. The one who has it is Ayumi, a younger sister of Yuu and Shunsuke. What is known about collapse is that it is triggered by an emotional outburst or anguish. The first time Ayumi uses her ability is when she gets threatened and cornered by a classmate which leads to her leashing out the power and destroying the whole school. The ability seems powerful, but it is obvious that one should not use it without learning to control it. 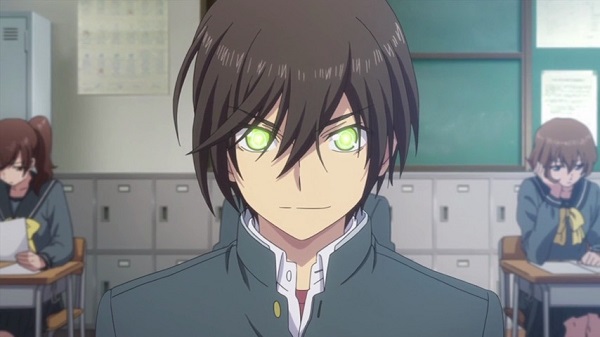 Yuu is the main protagonist of the series and he has two abilities: possessing other people and plundering. The first ability is revealed at the beginning; however, he becomes aware of the second one later on. Yuu is able to possess a person he sees for only five seconds and when he does that, he is able to plunder or steal that person's ability. Being able to strip someone off their superhuman ability proves to be very efficient by the end of the series. 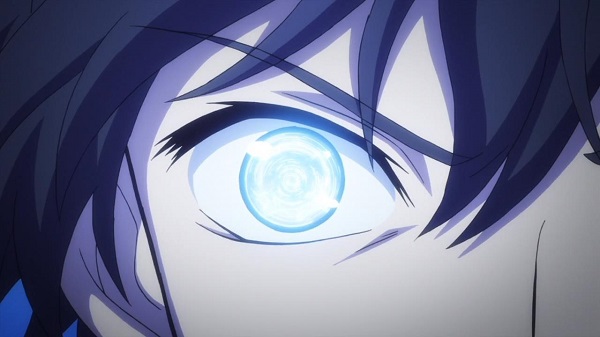 Shinsuke, an older brother of Yuu and Ayumi is the one who originally developes time leap, or more precisely - time traveling. His eyes must be exposed to the light in order to time leap and each time he uses this ability his eyesight becomes worse, which eventually leads to his complete blindness. Yuu plunders his ability later on in the series and manages to travel to the past and save Ayumi including everyone else. How many times have you wished in your life to go back in time and make something right? 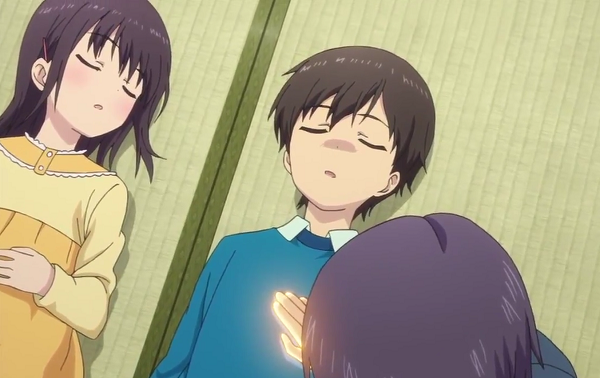 The last great ability covered in this article is the one owned by a boy called Maedomari. He is able to erase people's memories by touching them. However, in order to do so, he must search through their minds which is very tiring and takes a lot of time. Maedomari is the one who was responsible for Ayumi and Yuu's memory losses; their brother had asked him to erase their memories so they would not get into trouble for knowing more than they should.

If you have not done so yet, you should definitely check out Charlotte and take a look at other superhuman abilities as well, because they are great too!

With an abundance of magical characters, anime and special powers seem to go hand in hand. One of the most popular forms is seen in characters with powerful anime eyes - which grant them different kinds of powers. Check out some of the most renowned examples below.