Romance and Love in xxxHolic

The popular anime series xxxHolic revolves around the main character Watanuki Kimihiro's supernatural adventures, but also around his love interests and relationships with other characters. Let's take a deeper look into these romantic connections! 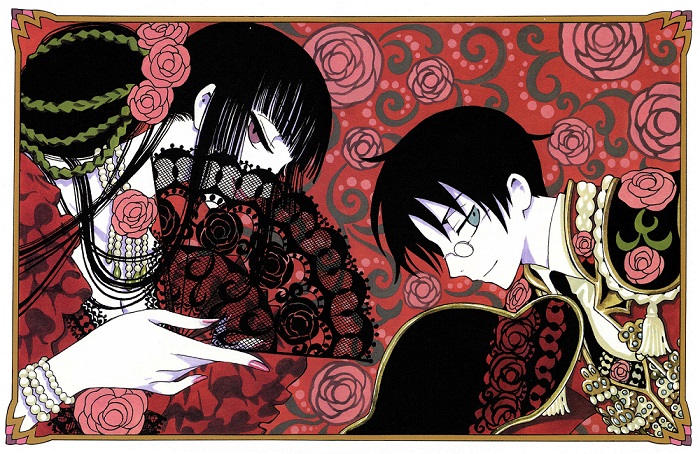 The popular anime series xxxHolic that came out in 2006 is based on the manga works by a group of artists called Clamp. The story revolves around Watanuki Kimihiro, an awkward and emotional high school boy whose everyday life is troublesome because of his ability to see various spirits that follow him everywhere. Everything changes when he enters the house that belongs to a mysterious shop owner, Yuuko Ichihara, who tells him that she can help him get rid of supernatural beings if he accepts to work for her. This article will cover his romantic relationships as well as those of other main and supporting characters. 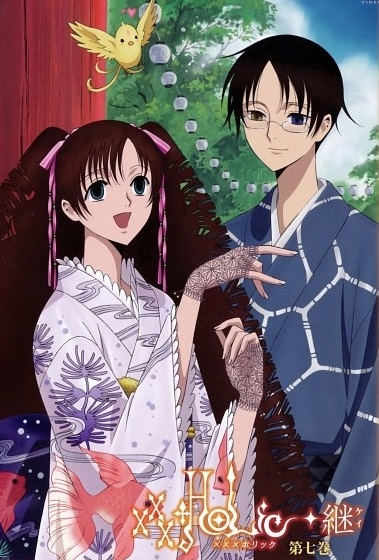 Himawari Kunogi is Watanuki's primary love interest and a high school student whom he had liked long before actually meeting her. When asked why he likes her, he usually says that it is because she is cute and kind, which is obviously not enough for real feelings to blossom, so everyone is aware that it is simply puppy love. Himawari does not seem to have any deeper feelings for him and they remain good friends throughout the anime.
However, it is soon discovered that she was cursed at birth with bad luck, which means that she brings bad luck to everyone she spends time with or touches. They agree to stay only friends, and she chooses to stay away as often as possible, only visiting the shop on rare occasions.

In order to make her feel better, Watanuki gives her Tanpopo, a small yellow bird that is immune to her bad luck curse. The bird was born from an egg received from Yuuko, who wanted to help Watanuki with his relationship with Himawari.
It is also hinted that in the end, Himawari actually falls in love with him, but marries some unknown businessman instead. They remain good friends and she visits the shop once a year. 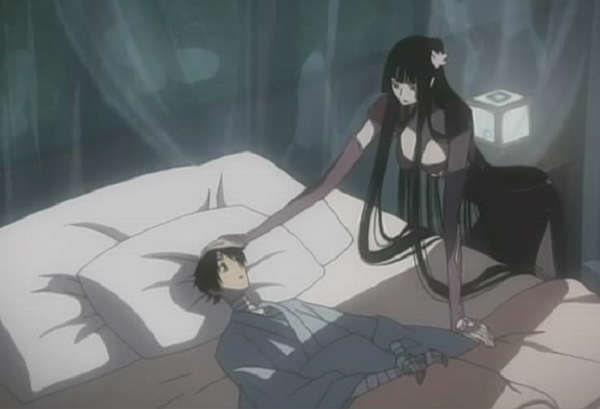 At the beginning, Watanuki has a mentor-student relationship with Yuuko and he only respects her because she is older, wiser and obviously more powerful than him. Because Yuuko seemed very childish and immature, he did not genuinely care about her and thought of her only as someone who was selfish and got him into trouble. However, as the story progresses, Watanuki matures and as he slowly reaches adulthood, his relationship with Yuuko becomes more serious. He starts seeing through her mask of immaturity and cheerfulness and realizes that she is more than a powerful and bored witch who owns a shop for granting wishes. He slowly starts confiding in her and talking to her about serious topics.

By the end of the anime, Yuuko and Watanuki become true friends, deeply caring for each other, even though Yuuko's role was more of a caretaker and guardian than romantic partner. By the time Yuuko dies, they already share a deep and understanding bond that is quite ambiguous to most fans. Even though it becomes obvious that they love each other, it is not explicitly shown whether it is the love of two friends or that of lovers. However, when Yuuko appears in Watanuki's dream after her death, he tells her that he wishes to meet her no matter what, and that he will wait for her at the shop for as long as it takes for her to return. At some point, for Watanuki, Yuuko had become someone of great importance. So even after he gained the freedom to leave the shop and move on, he chose to stay and wait for her return. 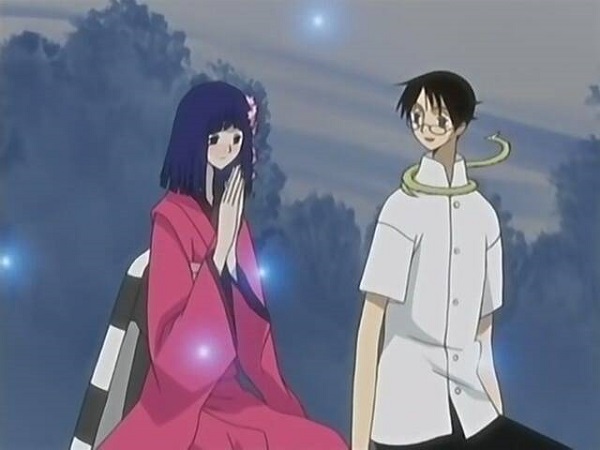 It is not known how Zashiki Warashi, or Vestal Sprite, finds out about Watanuki, but she is introduced as someone who has a crush on him and tries to give him a Valentine's Day gift, but ends up accidentally stealing Doumeki's soul instead. Later on, he saves her from Jorougumo, a spider spirit, which results in her falling even deeper in love with him. Even her feelings are one-sided, she is able to mature and evolve a lot due to her love for him. 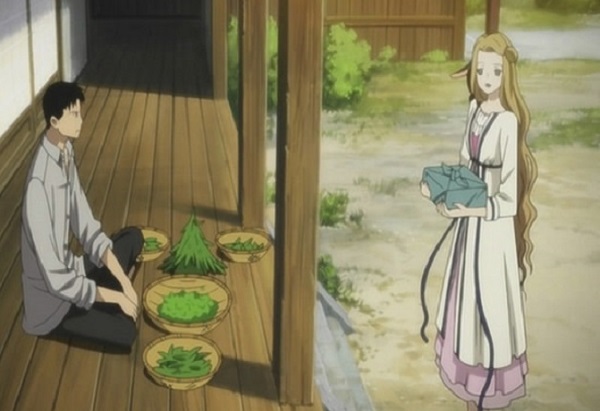 Kohane met Doumeki for the first time when she was 9 years old. She, Doumeki and Watanuki were friends, but her mother forbade her from playing with them because she was too busy using her daughter and forcing her to attend various supernatural shows and meetings, during which she would show off her medium powers and her mother would get money in exchange. However, her mother treats her so badly that she gets taken away to Oba-chan's home where the two of them visit her all the time.

Kohane and Doumeki become closer when he tells her in secret why he became friends with Watanuki and she calls him very brave and kind. That is the moment when a bond is formed between them, and they become good friends. Ten years after Yuuko's death, they meet again because she is studying folklore at the university at which he is working as a professor. They eventually marry and have children who will go on to become Watanuki's assistants in the shop. 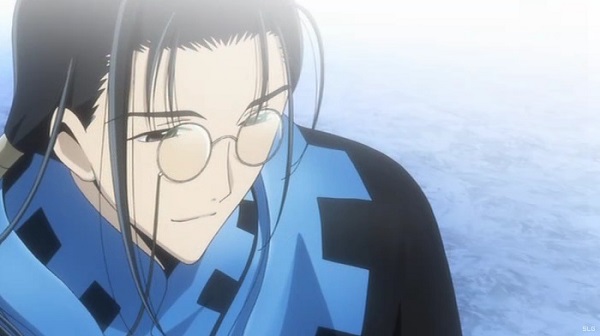 Clow Reed is a crossover character who is mentioned several times by Yuuki in xxxHolic, but is further explored in the Cardcaptor Sakura and Tsubaba Chronicle series.
Yuuko and Clow's relationship is quite ambiguous. One thing that is known is that they have known each other for a long time and that they created Black and White Mokona together. He is the one who wished for Yuuko to stay alive and the reason why she has endured all this time and preserved longer than she should have in the shop.

It is theorized that they were in a romantic relationship, mostly because of Clow Reed's words that "Being apart from the one you like, no matter how old you are, is a lonely thing. And while apart, I'm wishing for that person to be happy." Additionally, Yuuko says that Wakamuki is very similar to Clow Reed in appearance, while Mokona compared their cooking, saying that they have a similar flavor. This could be proof that Wakamuki is his distant relative, but the truth remains unknown.

After the team Tsugumi Ohba and Takeshi Obata brought us Death Note, they brought about Bakuman - a series with equally interesting characters albeit very different ones!