The Many Yokai of InuYasha

This article will explore the numerous yokai, or supernatural monsters, found in InuYasha. Some are creepy, some are cute, and some are absolutely absurd! Take a peek... and boo!

Originating from legends and myths in feudal Japan are the yōkai. These are beings classified as demons, apparitions or other supernatural phenomena, that exist in various forms and types, and range from mischievous and yet mostly harmless to extremely dangerous and malevolent in nature. There are also some yōkai that are said to bring good fortune to those who happen to come across them. There's no shortage to the types and numbers of yōkai that may be found in anime and the popular InuYasha series is no exception. 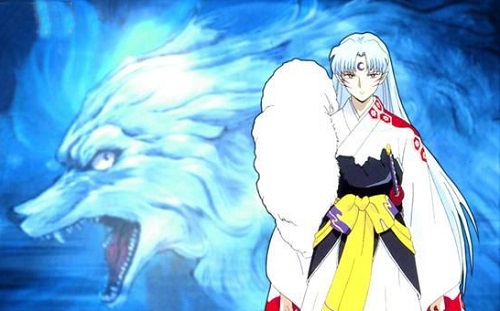 Many yōkai have animal-like traits and behaviors. Here are a few examples:

Kitsune and inugami are particularly sociable and tend to travel in packs, forming huge tribal networks. Other yōkai have no animal traits at all, such as Yōmeiju and Bokuseno in the anime Inuyasha, both of which originate from plants and are considered to be tree demons. Among plant yōkai, Kao seems unique in his ability to take a human form, as most plant yōkai are non-moving and cannot shape shift. Shape shifting yōkai are called obake. Others still take on human features or traits, and if a yōkai can assume the form of a human, then it is indeed powerful. Some examples from InuYasha include InuYasha himself, Sesshōmaru, whose true form is that of a giant white dog, and Hoshiyomi, who has no animalistic traits and is simply a humanoid class yōkai. A few others include Ryūkotsusei and Entei, who simply choose or are not able to take human form and retain an animal form at all times. 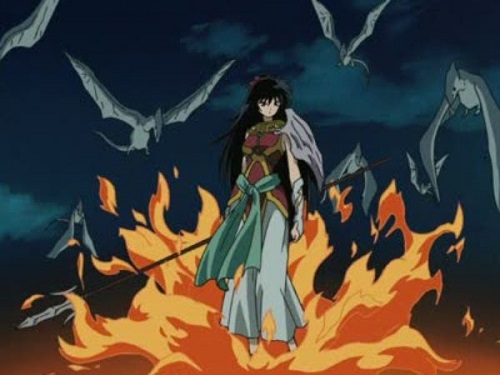 Other forms of yōkai that are well known include the oni, usually depicted as ogres with black, red, blue, or brown skin, two horns, a mouth full of fangs, and wield a large sword. In relation to humans, demons either ignore or are outright hostile to humans, though they generally fear reprisal from priests, priestesses, and monks. Other, particularly powerful yōkai have little to no fear of humans. A rare, few yōkai are friendly towards humans, and even mate with them, producing half yōkai. However, such behavior is considered eccentric by even the most open-minded yōkai, and is generally frowned upon, with the offspring of such unions being reviled and discriminated against. Some half-demons are also created when a human offers their soul to yōkai and are reconstituted as an entirely new creature. Naraku, who is such a half-demon, is often looked down upon by weaker demons, as they can still sense that he is part human. A few demon clans such as the Hyoga, the Panther Tribe, the Wolf Demon Tribe, and Princess Abi's Bird Clan all have humanoid demons who happen to travel around with demonic animals. Elaborating further, rather than being human in appearance with animal characteristics, these demons are animals that have achieved near-human intelligence and live alongside more powerful demons who share their nature and animal typing. For instance, the Wolf Demon Tribe consists primarily of demons which have wolf-like traits, but many actual wolves live with them and hunt alongside them, with the eldest among them being capable of human speech. While it is unclear if these wolves possess demonic powers, the demon birds who serve Princess Abi and the demon moths under Menomaru are capable of such abilities. 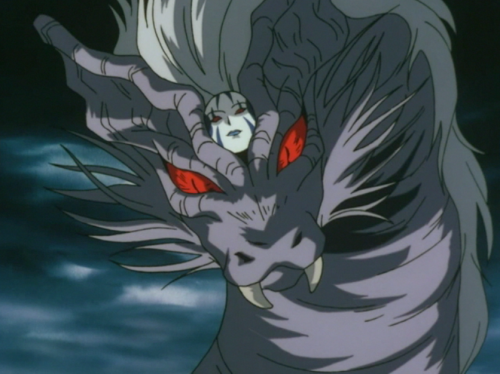 The most powerful of the yōkai are known as the daiyōkai. These yōkai are extremely powerful, virtually immune to normal methods of human attack, and normally have a number of weaker demons who serve under them. Naraku, despite his half-demon status, after reconstructing his body at Mount Hakurei, greatly increased his demonic aura and attempted to portray himself as a daiyōkai. However, the daiyōkai could sense nonetheless that he was not a full demon. The most ambitious and powerful of the daiyōkai are capable of great feats and are huge in regards to their overall size and power, such as Ryūkotsusei, the Inu no Taisho, the Panther King, and Hyoga, all of whom tend to have more serious goals and interests than their lesser powered yōkai counterparts. This often times leads to wars between the greatest of the daiyōkai. 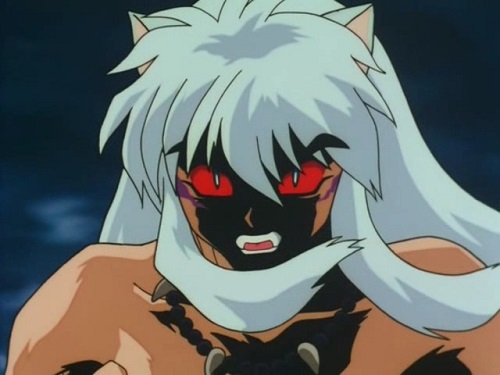 InuYasha himself is a half demon, and the main protagonist of the series. InuYasha was born of a dog-demon father and a human mother, and despite his appearance as a teenager, he is actually over 200 years old. He has dog ears, claws on his fingers and wears the red Robe of the Fire Rat, but is almost always barefoot, a tribute to his dog-like qualities. Kagome Higurashi is the female protagonist of the series. She is beautiful, bold, kind and warm-hearted. She goes out of her way to help people and teaches InuYasha to display kindness. She is emotionally and spiritually the strongest in the group and often uses her powers when her friends are in danger. She invited Miroku, Shippō, Sango, and Kirara to join her and InuYasha on their quest to collect the Shikon shards and defeat Naraku. She is extremely tolerant in dealing with Inuyasha's pettiness, though the two argue quite a bit. Her kind attitude resulted in many men, Hōjō and Koga for example, all falling head over heels in love with her. Her heart is pure, although a speck of darkness is found later in the series that is caused by her jealousy of the priestess Kikyō, whom InuYasha loved. Despite this, Kagome always showed kindness to Kikyō and saved her when given the chance. She becomes much stronger and her skills in archery also greatly improved as the series progressed, eventually learning to master her immensely strong spiritual powers.

All in all, there are quite a few interesting examples of yōkai in the smash-hit anime InuYasha. Keep this information about the yōkai in mind the next time you watch the series!