The Myths, Folklore and Fairy Tales of Nisemonogatari

This article addresses the folklore and mythology that are found throughout Nisemonogatari. It also features recommendations for anime that are similar to Nisemonogatari. 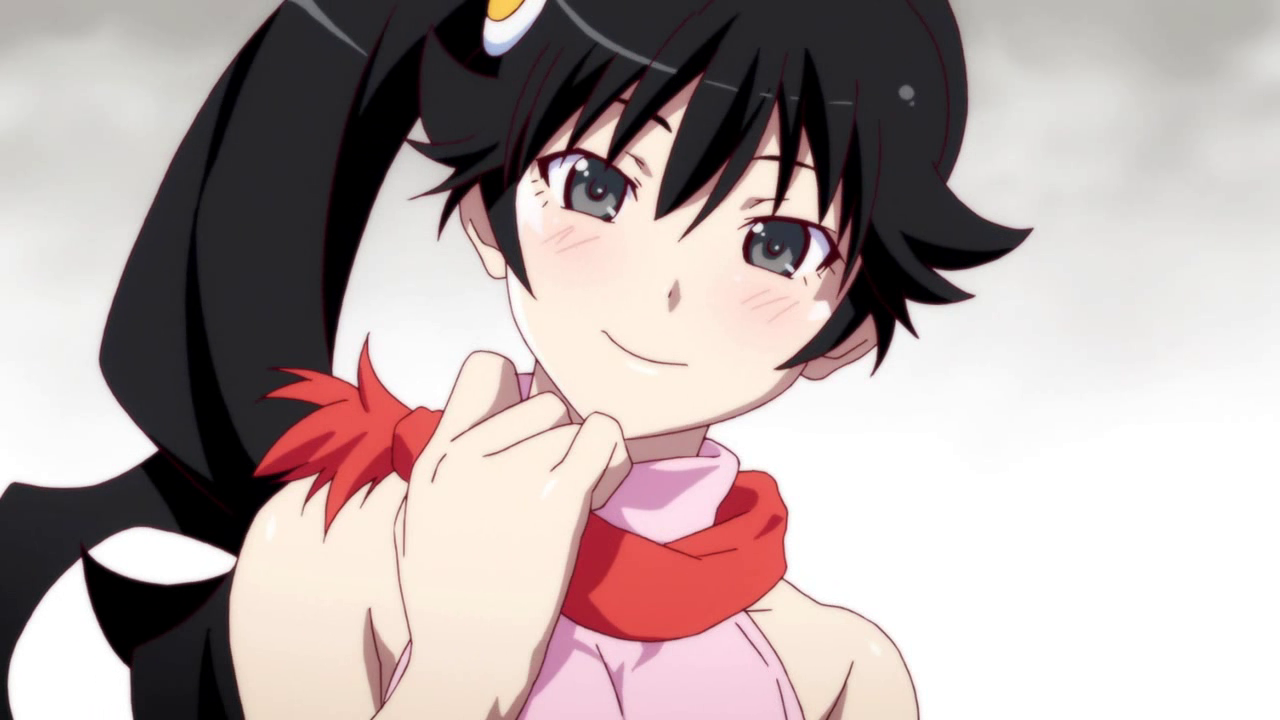 Nisemonogatari is the second installment in the immensely popular Monogatari franchise. We follow the story of Koyomi, a third-year high school student who was attacked by a vampire and has now become a half vampire himself. In the first installment of the series Koyomi meets five girls who are all affected by supernatural oddities (gods, ghosts, yokai, etc.) and feels compelled to help each of them overcome their problems. In the second installment, all of the girls have been cured of their supernatural issues but now it's Koyomi's two younger sisters who are being plagued by supernatural problems. Neither of his sisters knows that he is a half-vampire, or know about any of the supernatural oddities that he's faced in the past.

Nisemonogatari is broken up into two arcs, Karen Bee and Tsukihi Phoenix. The Karen Bee arc follows the story of Koyomi's oldest younger sister Karen, who ends up poisoned by a supernatural bee sting after confronting a con man that sells charms and curses to middle schoolers. In order to save her life Koyomi kisses Karen and takes half of the bee's poison. She recovers after three days in bed. In Tsukihi Phoenix, we learn that Koyomi’s youngest sister is in grave danger because of a supernatural oddity. Koyomi and Shinobu his vampire sire have to fight against Yozuru, the onmyoji (magic specialist), and Yotsugi, her shikigami, in order to save Tsukihi’s life. 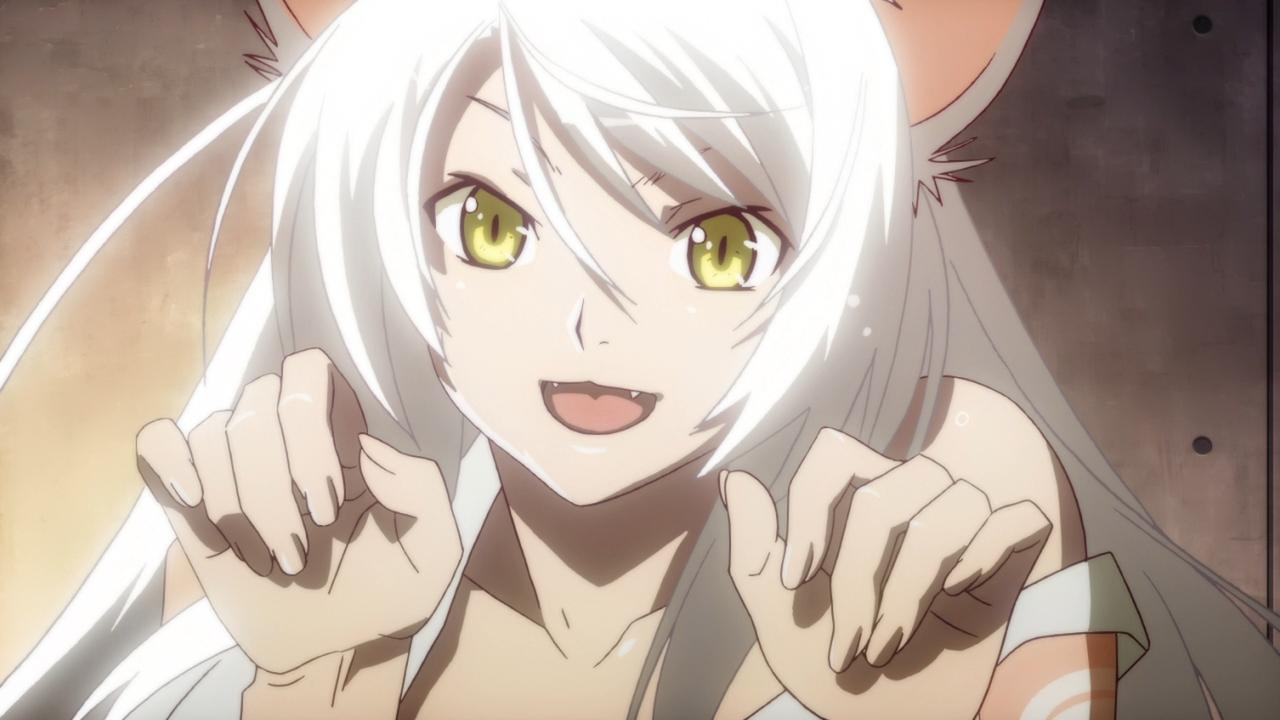 The Monogatari Series incorporates elements of supernatural, comedy, harem, horror, mystery, slice of life, and even action anime, which makes it a one of a kind conglomerate series. Because of this a diverse array of anime fans can enjoy the Monogatari Series. For example fans of Ayakashi: Japanese Classic Horror will be drawn to the supernatural aspects of this series whereas Hyouka fans will enjoy the element of mystery that is woven throughout the show. But what truly sets this anime apart is its dialogue and character interaction. The character dialogue is made up of lots of wordplay, running jokes and allusions to other animes. Nisemonogatari, in particular, is driven by humorous dialogue and the characters conversing with one another. Because of this fans of more dialogue driven seinens such Ookami to Koushinryou and Mushishi will find Nisemonogatari highly enjoyable.

There are numerous references and parodies of other anime throughout the Monogatari series. For example in Nisemonogatari there is a famous and hilarious parody of Shinji and Rei’s dialogue from Evangelion. So fans that enjoy anime that feature a lot of parodies such as No Game No Life, Binbougami ga and Seitokai no Ichizon should give Nisemonogatari a try.

The Myths and Folktales that Inspired Nisemonogatari 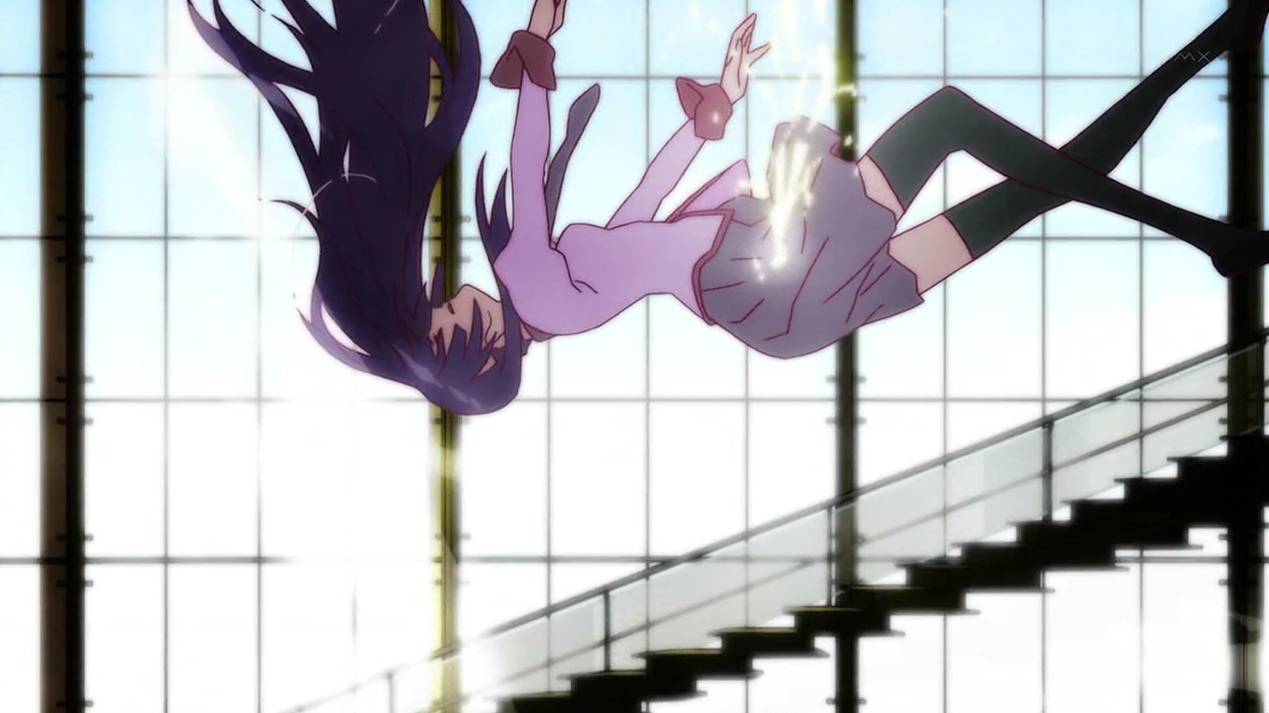 Another critical aspect of Nisemonogatari and the entire Monogatari franchise is their use of myths and folklore from Japan and other cultures as well. Monogatari means story or legend, Nisemono" is a "fake thing"and Nisemonogatari means fake story. While, the writer of the Monogatari Series has never revealed what precise myths and legends served as his inspiration, it's easy to draw comparisons to many well-known folktales. For example Tsukihi’s storyline re-imagines the myth of the Phoenix by stating that rather than being reborn in a fire, a Phoenix is reborn to a human mother. In addition, it is easy to draw comparisons to the Celtic myth of the changeling child, where a human baby is replaced with a supernatural and often immortal child at birth.

In the case of Karen's storyline, bees are often depicted in Celtic and Norse mythology as being messengers of wisdom, and oftentime carry information between our world and the spirit world. It's only after being stung by the supernatural bee and falling gravely ill that Karen accepts that rushing into situations without thinking and never asking for help from others are things about herself that she needs to change. In addition, you can draw parallels between Karen being bedridden until Koyomi kisses her with the German fairytale Briar Rose also known as Sleeping Beauty.

Other essential elements from Japanese folklore that are present in Nisemonogatari’s storyline are shikigami and onmyoji. Shikigami are elemental spirits which are bound to a master who can use their spiritual power as a weapon. Shikigami are featured in a number of popular animes from Death Note to Tokyo Ravens. Onmyoji specialize in magic deviation cosmology and other occult practices. Onmyoji Have also been featured in a number of animes from Nurarihyon no Mago to Ghost Hunt.

Mythology and folklore serve as a primary source of inspiration for the entire Monogatari series. For example Nadeko’s storyline seems to be modeled after the ancient Japanese snake god Orochi. As well as the numerous Kaidans (Japanese ghost stories) about those who kills snakes being attacked by avenging snake spirits. Tsubasa’s storyline seems to be derived from the blending of legends of two cat yokai, Nekomata and Bakeneko, both known to be mysterious and extremely dangerous to humans.

Mayoi’s storyline seems to be a blend of Zashiki warashi (spirits of children) myths and the legend of the lady in white. Japanese myths about Zashiki warashi always depict them as attention seeking and mischievous but never evil or dangerous. The myths about the lady in white are found all around the world and usually describes a lost female spirit that causes travelers to lose their way as well.

Suruga’s storyline is a reimagined version of the short story The Monkey's Paw by W.W. Jacobs, where the main protagonist of the story wishes for money, but only received his wish after his son has been killed. And while there are no myths that are similar to that of the rainy devil, there are several myths across the world that associate rain, especially sunshowers, with love or marriage between a devil or demon and an animal which may symbolize Suruga’s love for Hitagi. And finally when it comes to Hitagi’s story of the weight crab, there are several myths about crabs stealing the souls of dead soldiers and sailors upon eating their corpses. While, it is not necessary to have an extensive knowledge of mythology to appreciate the Monogatari franchise it does help viewers understand some of the more abstract aspects of the storyline.

Other Animes that are Similar to Nisemonogatari 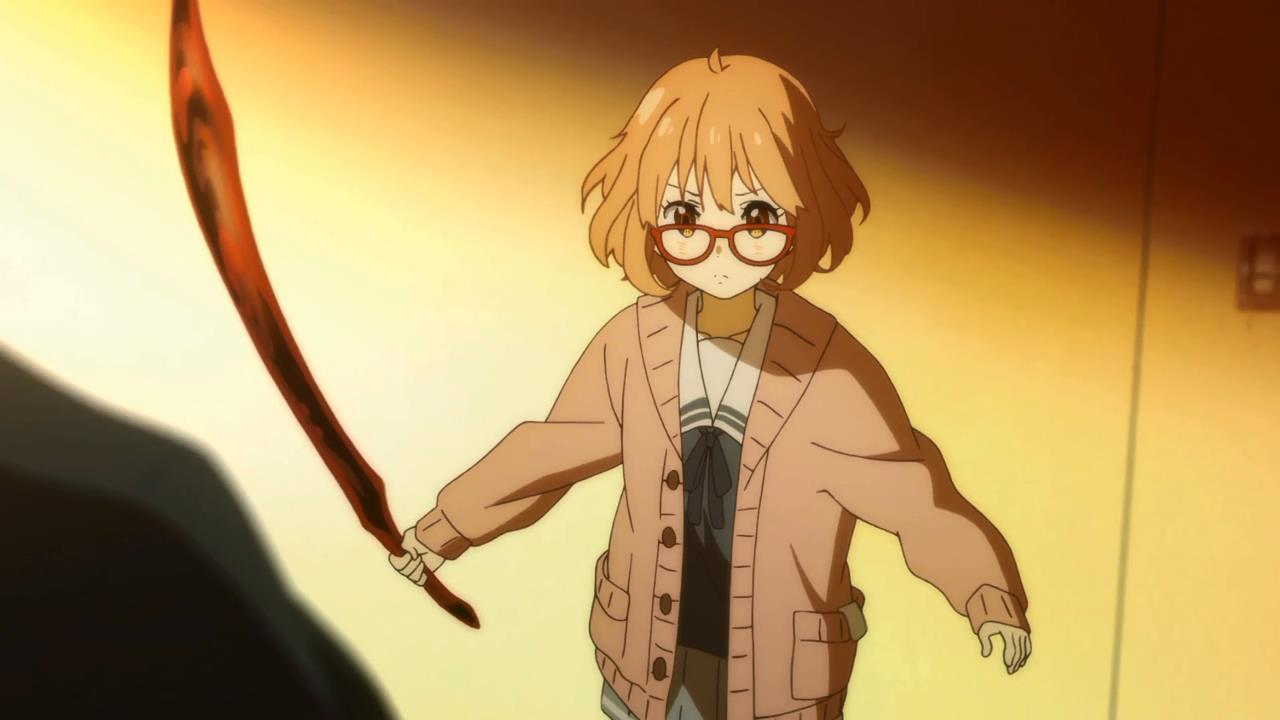 For fans who are captivated by Nisemonogatari's use of folklore and mythology some other titles you most likely enjoy are Kyoukai no Kanata, Kousetsu Hyaku Monogatari, and Natsume Yuujinchou. Kyoukai no Kanata follows the story of a spirit world warrior as she fights against youmu, (supernatural creatures born from the negative emotions of humans). She also forms a romantic bond with a half-youmu boy. Kousetsu Hyaku Monogatari follows the adventures of a young writer during the Edo period, that is writing a book of 100 ghost stories. As he travels from village to village researching well-known stories, and he encounters a trio of vigilantes. The trio researches the truth behind well-known legends and brings those who are guilty to justice. Natsume Yuujinchou follows a teenage boy who can see spirits that inherits a notebook from his grandmother full of contracts with various spirits, that he subsequently tries to free. Fans of supernatural action animes should try a Certain Magical Index/A Certain Scientific Railgun,Noragami and Katanagatari(written by Nisio Isin, the creator of the Monogatari manga series). The Certain Magical Index/A Certain Scientific Railgun franchise chronicles the interaction between two groups possessing supernatural powers: those who possess powers via science that are known as espers, and those who possess power from studying magic books or utilizing magic artifacts known as magicians. It is quite common for epic battles to break out within the two groups. Noragami tells the story of a lesser God and a half at phantom as they battle evil phantoms and interacts with other gods. Katanagatari follows a swordsman and a master strategist as they search for the twelve divine blades throughout Edo-era Japan. All of the blades are imbued with supernatural properties, and the duo must face a number of formidable foes in order to obtain them. 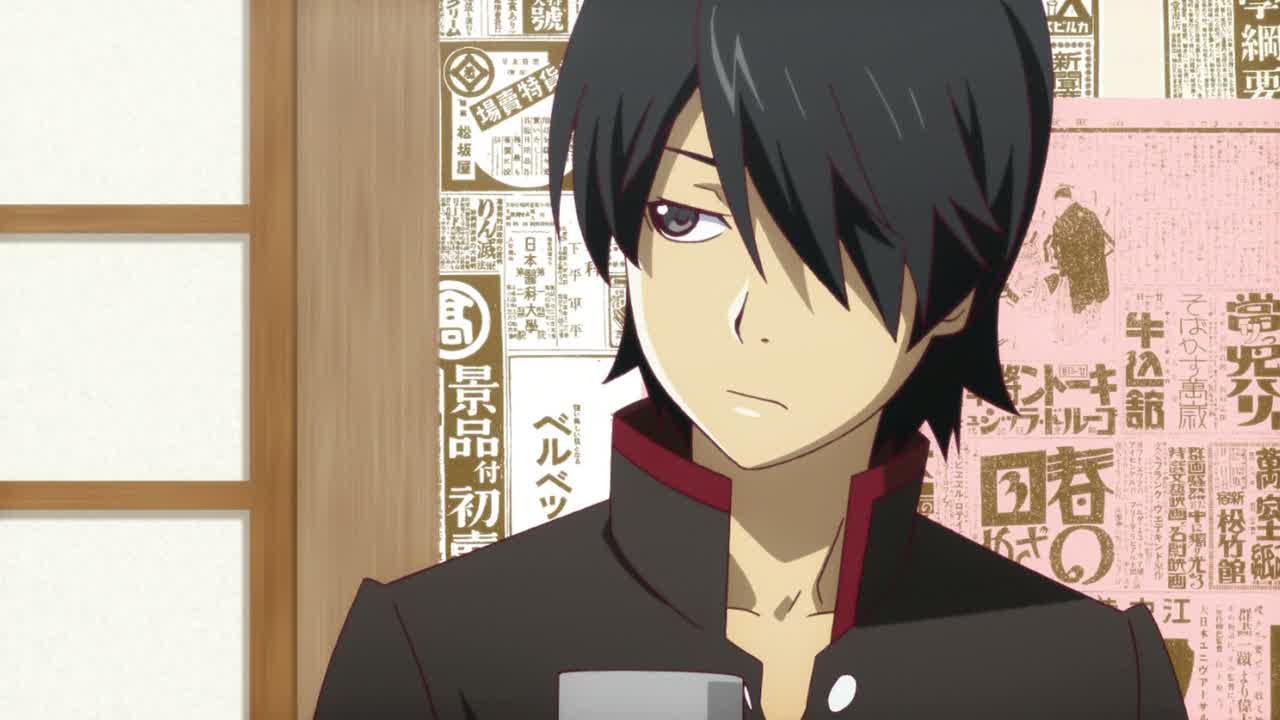 In addition to Bakemonogatari and Nisemonogatari, the first two installments of the Monogatari series there are three additional installments. Nekomonogatari is a prequel that chronicles Tsubasa’s possession by a cat demon. Monogatari Series Second Season revisits the five girls from the first installment who are now being plagued by new, more powerful oddities. In addition, Shinobu, Koyomi’s vampire sire is featured prominently throughout this season of Monogatari. Tsukimonogatari follows the story of Yotsugi Ononoki, Yozuru’s shikigami as she helps Koyomi deal with new oddities and a strange illness. Finally, the fourth of installment of the series Owarimonogatari is set to premiere on October 3rd. Additionally. the 18 volume manga that the anime is based upon is still ongoing, and there is a feature film that chronicles Shinobu’s past as "Kiss-shot Acerola-orion Heart-under-blade" is scheduled for release as well.
If you are looking for a visually stunning show with amazing dialogue and excellent character development, Nisemonogatari is a must see.