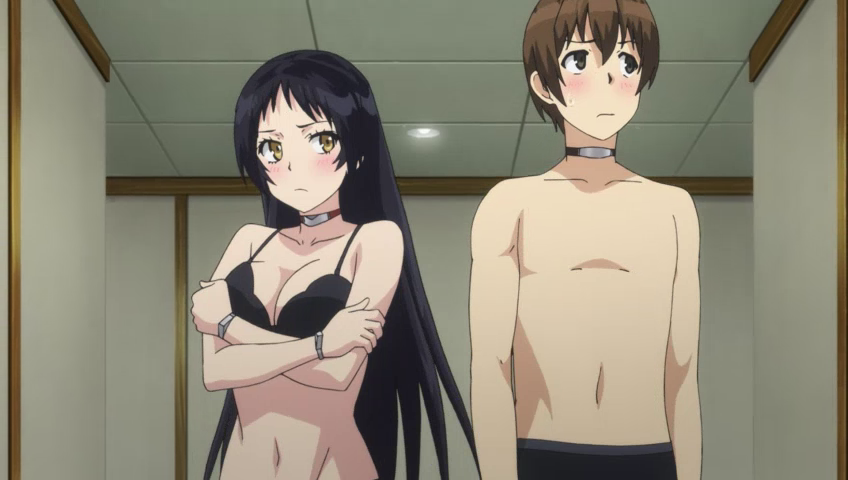 Last week's episode of Shimoneta was clearly the end of the arc and really should have been the end of the anime for this season. However with one episode left, it remained unclear what they could possibly do next. Some kind of fallout from the whole White Peak incident that demonstrated how far our heroes had come and that they were having some sort of impact on society around them? An introduction to the next arc to serve as a giant sequel hook should one ever be made, or if not then at least an invitation to go read the light novels to see what happens next? Or will it be a lazy filler episode full of repeated jokes from throughout the series that leaves a sour taste in the mouth right at the end of the series? 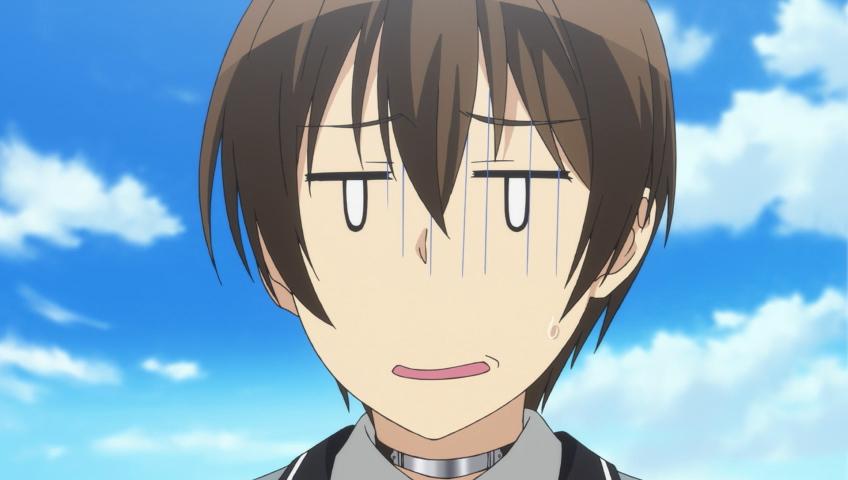 So this week SOX get a message supposedly from Anna's mum, confronting them as members of SOX and telling them to go to a health spa. Does Sophia know the true identities of the members of SOX? What shall our heroes do? But wait, it turns out this was all a trap on the part of a mysterious man who blatantly rips off White Peak. A man who also lured Sophia to the resort too for some reason. Actually while we're on the subject, why was Sophia there in the first place? If Black Peak sent her a letter inviting her to the resort, why did she go alone? Also what benefit was there for Black Peak to invite Sophia along as well? If his purpose was to show the members of SOX the chamber of erotica, why invite the person who could blow their identity and take them down in the first place? Plot holes ahoy! 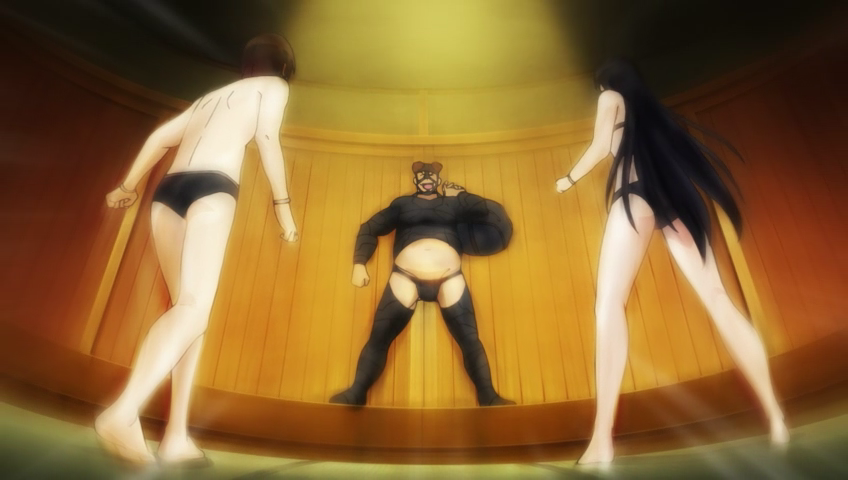 That plot hole is a small example of why this episode was complete rubbish. I think there was maybe one good joke in the episode where they mistook the giant wooden knob for Kosuri, then subsequently mistook Kosuri for the giant wooden knob. But everything else was a repetition of the jokes from the TV series with no evolution on the joke. Oh look it's Anna trying to assault the main character. Haven't seen that one before. Oh look it's Goriki in ladies underwear. Let's laugh at their appearance in doujins. Even the villain had no originality. For all the crazy ideas you could come up with for a pervy villain, you just lazily copied White Peak? White Peak was a creation of genius, cupping that wine glass with the scrunched up underwear inside. That takes true wild, twisted imagination to come up with. Oh and sexually curious girl becoming a member of the enforcement team? That doesn't work either! I'm pretty sure sexually curious girl was a member of the team that stormed the forest at the end of the first arc. 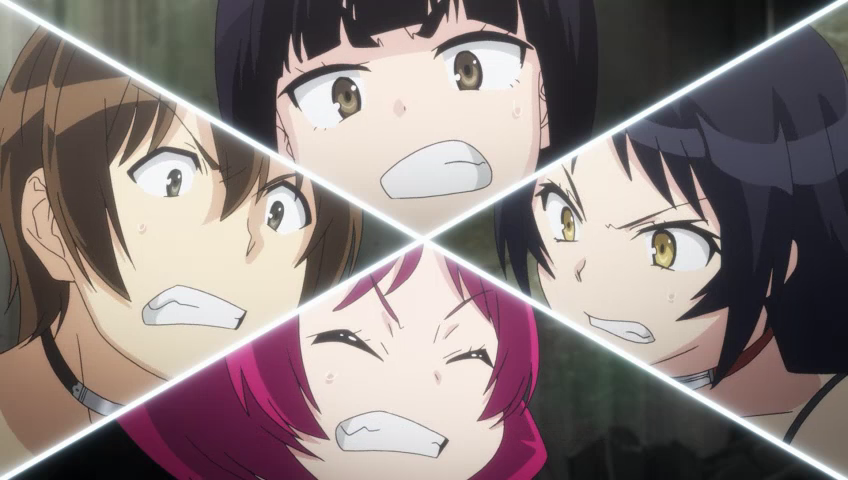 All of it eventually culminates in true filler fashion with an ending that changes nothing and means nothing. Status quo restored and all we get is bored irritation. They didn't even have the decency to provide us with another cooking lesson in the ending song like the last filler episode had. I suppose you could view the episode as a celebration of everything that came before it. Hence why it basically repeated every joke the series had before now. I would be on board with celebrating Shimoneta because I loved this anime. Its version of the cyberpunk totalitarian future with the government restricting your access to pornography isn't even that far from reality. I would be incredibly excited if they announced a second season. Just so long as the anime staff stick to adapting the source material and not coming up with their own stuff. I am normally all for taking liberty with the source material, but these guys don't seem to understand what makes the source material good. 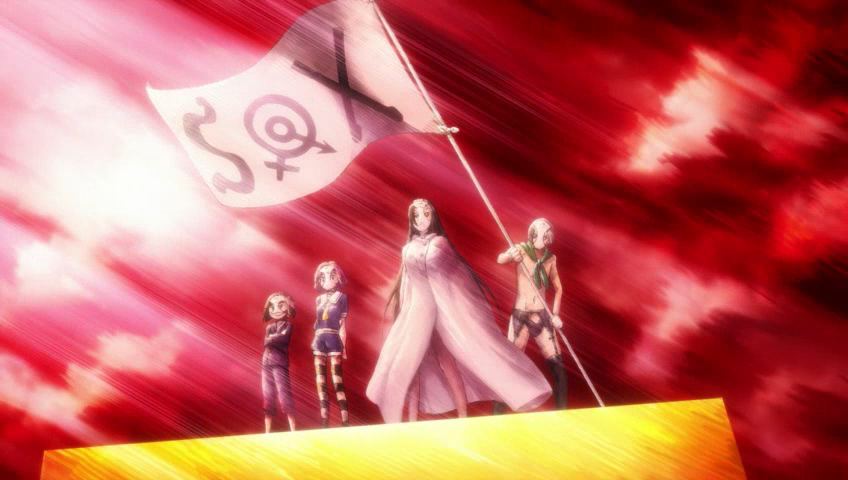 I feel a bit bad for ending this series on such a negative note, especially when I enjoyed the rest of the series so much. Thankfully it being a filler episode means I can happily ignore it when evaluating the series as a whole (unlike the last episode of Rokka, oh boy don't get me started on that mess). I really did enjoy what the series had to say and all the dumb jokes it created. The image of Anna serving those cookies will long haunt my nightmares. I also enjoyed writing about the series too and trying to inject some critical analysis into a series I imagine most people didn't feel deserve such an in-depth look. I hope some of you enjoyed reading too. Join me again if they ever make another season because I know I'll be there, underpants on head, fighting for the right to make dirty jokes. Because I, like you, don't want a boring world where the concept of "Dirty Jokes" doesn't exist.