Gatchaman Crowds: A Sentai show with something to say

Gatchaman Crowds set itself up as a traditional superhero series about a series of super-powered teenagers combating an alien threat. Using this setup and the Gatchaman lineage, Gatchaman Crowds asks smart questions about the nature of superheroes, heroism, and technology.

Gatchaman Crowds is a 2013 anime from director Kenji Nakamura, most widely known for Monoke, Tsuritama, and C: The Money of Soul and Possibility Control. Gatchaman Crowds actually takes place in 2015, though not quite as we know it. The series focuses on Tachikawa, Japan and the warriors who protect it: the Gatchaman (or G-Crew). Gatchaman Crowds is primarily a superhero show involving a team of super-powered teenagers, but it's also something more than that. Gatchaman Crowds focuses primarily on Hajime Ichinose, the newest member of the Gatchaman Crew. The show follows Hajime as she joins the team of warriors and helps them to combat a mysterious alien race known as the MESS using her unique set of abilities. She also works with them to confront a villain known as Berg Katze. This is the conflict that takes most of the series, and it unfolds itself in interesting ways.

This, however, is just the start of Gatchaman Crowds' story. Over 13 episodes, Gatchaman Crowds weaves a complex storyline with a number of characters and plots. Gatchaman Crowds isn't content to be an anime focused entirely on fighting, however. There are some interesting twists that make it a very modern take on a classic formula. The series features music by Taku Iwasaki (who has a massive list of anime credits) that helps to keep things upbeat and engaging. Gatchaman Crowds has a unique art design that helps set it apart from other recent series; it feels airy and light. Like most modern anime, there’s some use of CG as well. Gatchaman Crowds keeps most of this CG use for the transformed battle sequences, which helps to make the art style feel more continuous. 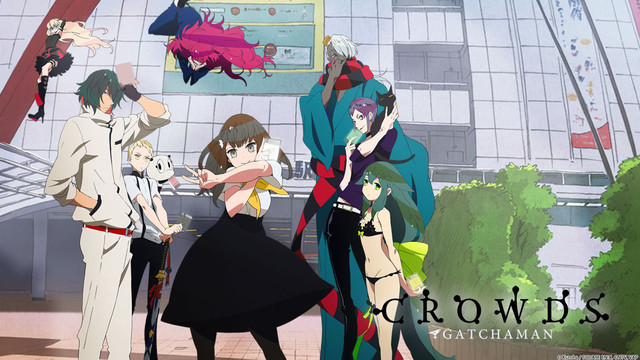 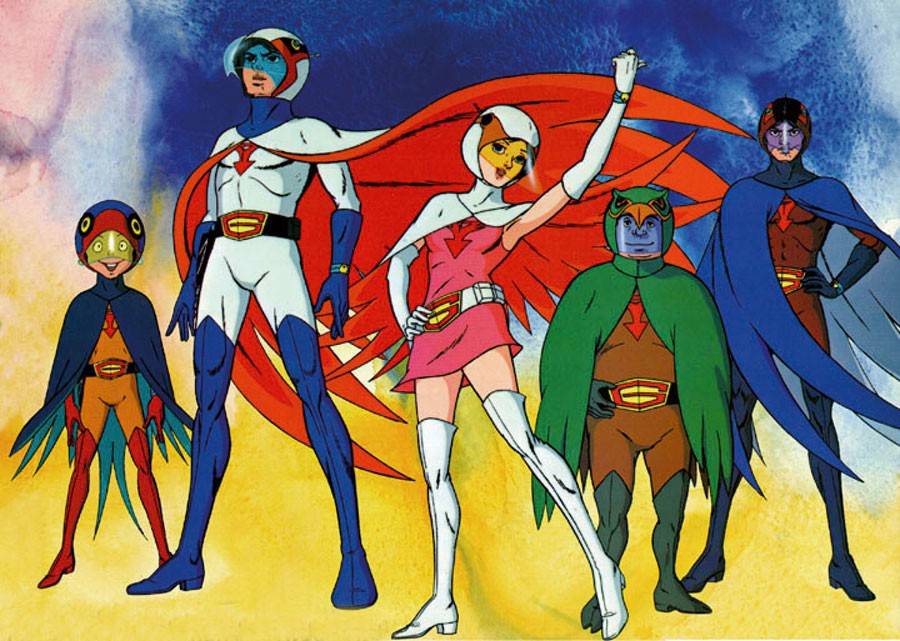 That said, Gatchaman Crowds does feature some of the usual trappings of a Gatchaman series. You'll get a team of super-powered teenagers fighting an unknown alien force. You'll get some really impressive battle sequences that (as previously mentioned) make really good use of CG. As you’ve probably guessed by now, you will absolutely be seeing some cool transformation sequences, you'll hear people say the names of their attacks in full before they do them, and all the conflict will be mixed with a healthy dose of school life.

So what makes it interesting? 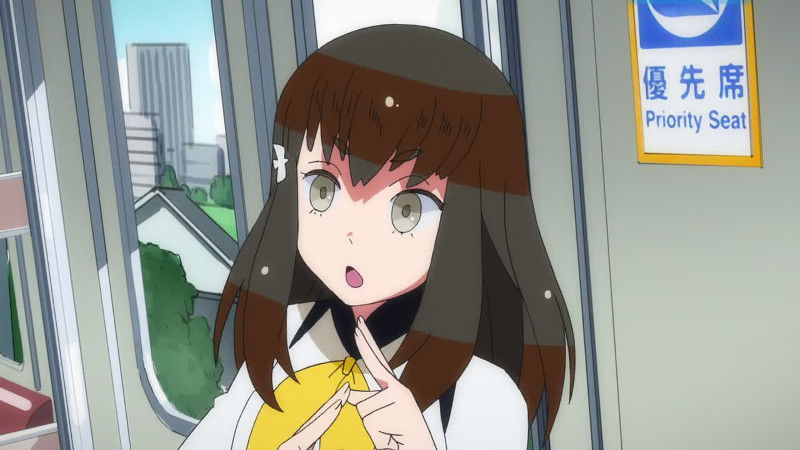 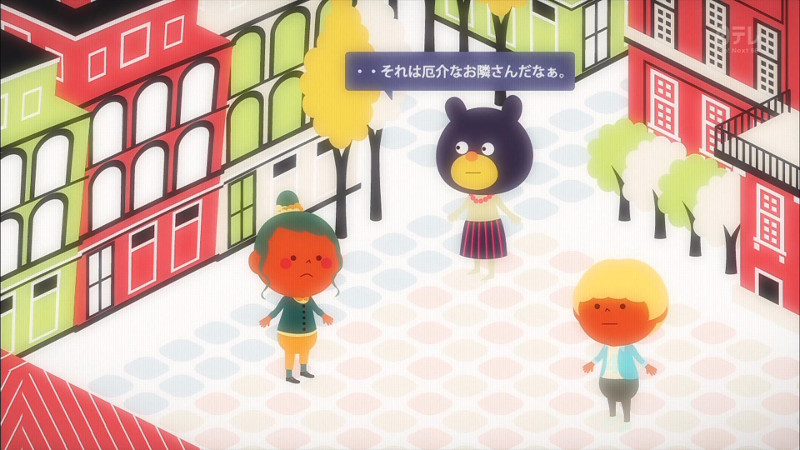 GALAX is a social media app in the world of Gatchaman Crowds, but it’s much more than that. GALAX is an app designed to help the people of Tachikawa City by connecting them with experts who can help them with any problem; the other people of Tachikawa City. The app works to find help for people by reaching out to others with applicable skills. In the event of an accident, for example, GALAX might reach out and give nearby users with first aid skills (doctors and nurses) a mission to go and lend a hand. GALAX is using social media to crowd-source good deeds. Not only that, but GALAX presents itself like a game, engaging its users to help one another with missions and challenges. There’s a relatively new concept called gamifcation that is a clear influence on the show. What if we could incentivize people to help one another by making it like a game? What if we could use technology to instantly connect people who need help with the people who have the skills to help them? What if we didn’t need superheroes to save ourselves? Those are the questions loaded into GALAX. GALAX works to find uses for everyone's skills, and to engage people in helping each other. The interesting thing is that it does may connect two people standing next to each other who would otherwise never have spoken. GALAX plays a big part in Gatchaman Crowds, and it's one of the things that keeps the series fresh. Instead of just being a show about superheroes, it becomes a show about superheroes in relation to the rest of the world. 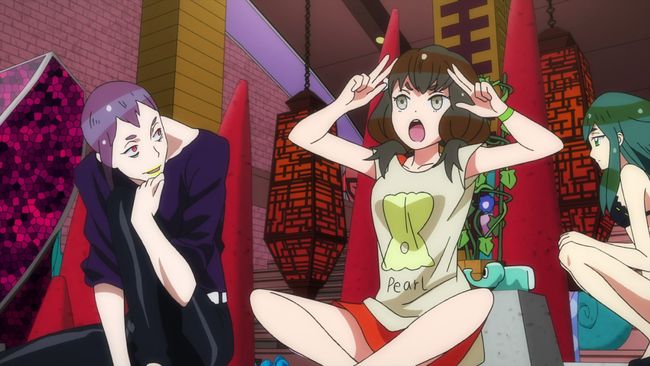 I don't want to reveal too much of the plot here because the first season is only 13 episodes, and things move pretty quickly. Part of the fun of the show is watching things change and people adapt. The Gatchaman team is highly secretive, and they're contending with villains, social media, and their own identities. Gatchaman Crowds asks a lot of questions about the internet, technology, and how we should interact with them. The show also challenges both the characters and the viewer to question the status quo, and think about why we do the things we do. 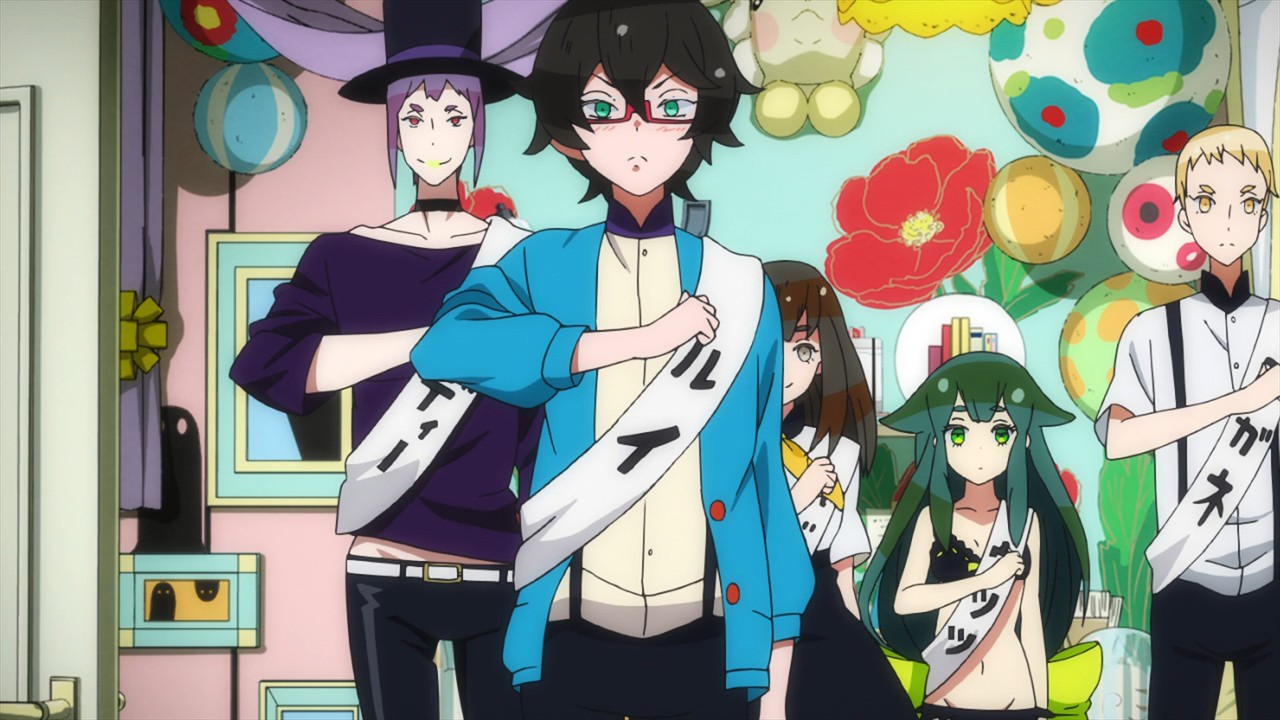 Lastly, when talking about what makes Gatchaman Crowds unique, character is the key. Gatchaman Crowds also has a whole host of interesting characters. Each member of the Gatchaman crew is unique and interesting. They all have their own concerns, and they're not perfect people. Hajime, in particular, is a very polarizing character. She may at times be highly annoying and seem insensitive, but she's always true to herself, and she is committed to having fun. She also encourages the rest of the crew to challenge their own assumptions. Gatchaman Crowds is full of people who think they know what is better for everyone. Gatchaman Crowds has a ton of things going on. There are a number of plots, subplots, and a whole host of weirdness packed into 13 short episodes. The show may not always live up to the lofty goals it sets for itself, but it is absolutely entertaining.

So, if you're looking for something a little off the beaten path, Gatchaman Crowds may be a good fit for you. It asks a lot of questions, and attempts to tackle a ton of big themes. It's not a perfect execution, but it makes for interesting viewing. Gatchaman Crowds feels like a sandwich with everything; though it may sometimes feel like a little too much at once. If, however, you're looking for a more traditional sentai series with a weekly villain and a lot of combat, this might not be the best fit for you.

There are not too many series that are like Gatchaman Crowds, but I'll try and recommend a couple: 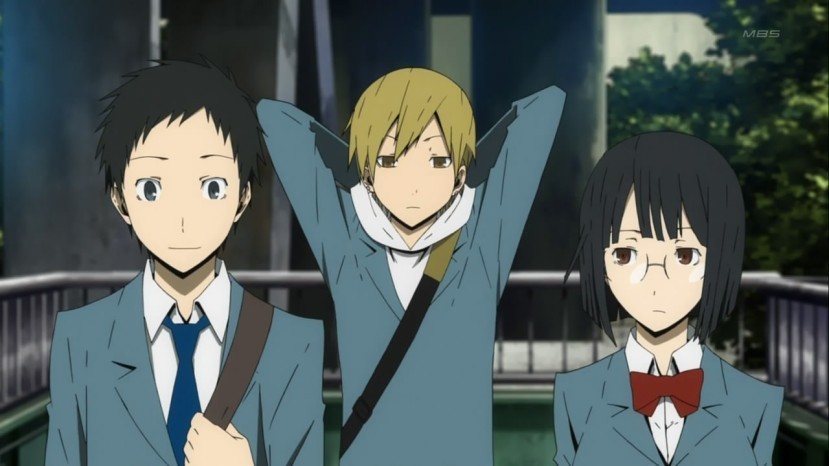 The first series that came to mind was Durarara!!. Durarara!! is another anime that is more than it appears to be on the surface. It's got a broad, interesting, cast of characters. It also heavily features social media and how this makes us both better and worse people. 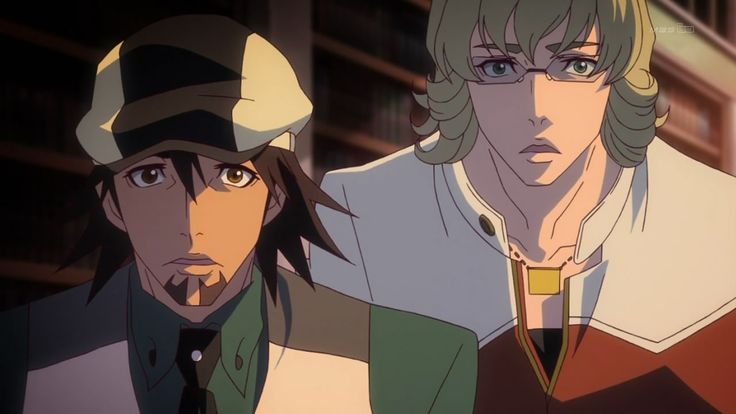 Tiger & Bunny might also be a good fit here. It's also about a team of superheroes protecting a city. It's also a little strange, and pretty entertaining.