In this episode of Shimoneta to Iu Gainen ga Sonzai Shinai Taikutsu na Sekai, someone shoves a stun gun attached to one man's crotch to our main character's bum, which is only about the 14th most ridiculous thing that happens. 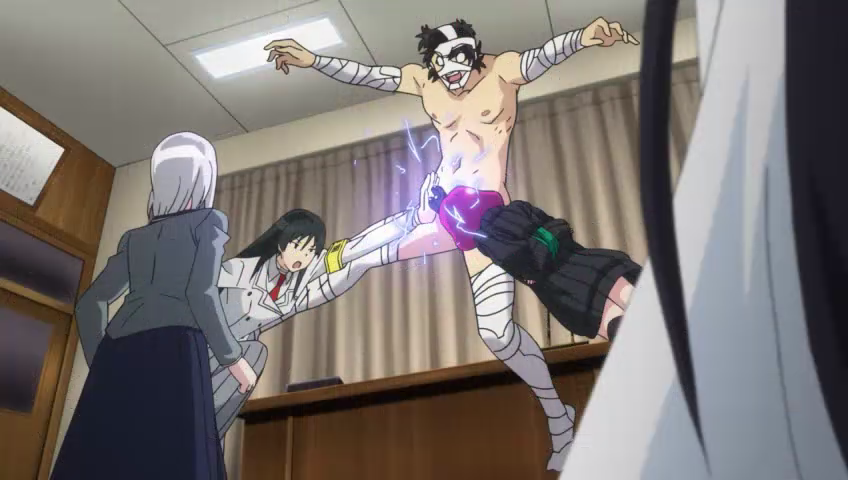 I will give this to Shimoneta: It knows how to end an arc in a truly bombastic, memorable fashion. Actually I will give a lot to Shimoneta, most of it being lavish praise and side-splitting laughter. I did not think it would be able to follow on with the promises of censorship criticism from its first arc. Light novels do not have the greatest track record when it comes to cultural critique. Particularly when it comes to something like Shimoneta which already has its toes in the trash that light novels usually engage in. OK to be fair, it has more than its toes in those waters. It has jumped in a submarine and dived to the ocean floor of those decrepit waters. But down there it has found the most wonderful treasure of knowledge that argues that these trashy light novels do enhance our curiosity and ultimately lead to healthier lives for the young people that read them. That metaphor was a little forced but whatever, this latest episode was incredible so I've found myself babbling in excitement. 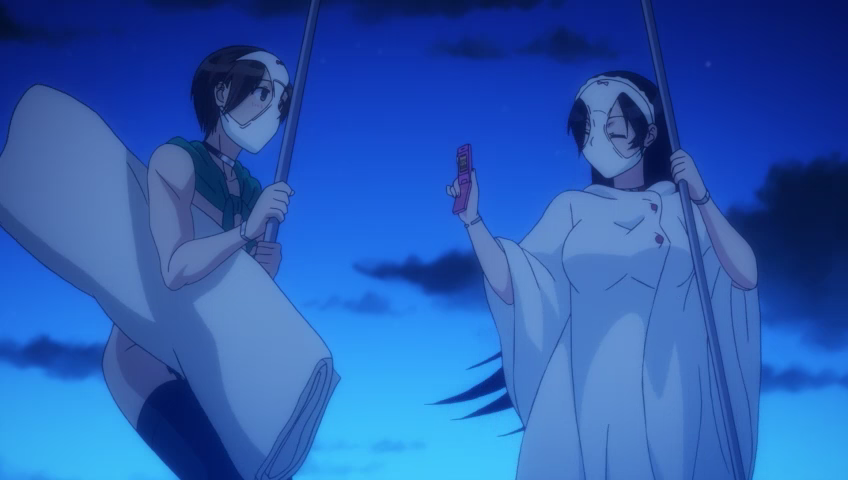 The crux of this arc was differentiating what Kajo was trying to achieve versus what Gathered Fabric were targeting. The show has focused on that in previous episodes, so this week was specifically about how the government was eager to use Gathered Fabric to push their own agenda. It's a common trend amongst lawmakers attempting to pass laws restricting freedom of expression or sexuality to focus on how creeps and weirdos would utilise these laws. A random example from the top of my head regards laws for trans people using the bathroom of their new gender. Ads were run on TV by groups opposing the laws depicting creepy men following little girls into bathrooms so they could, I don't know, watch them pee or something? Or more generally how media entities with specific political bias will use one news story example to push an agenda despite that not being the prevailing story with a wider number of similar cases. This episode of Shimoneta highlighted how the lawmakers would want to use a creep like White Peak to push their agenda when Anna's dad specifically told the police not to raid the building. They knew what impact the actions of this group would have. People would support stricter laws surrounding sexual expression. Kajo knew this too which is why she had to be the one to publicly take down White Peak. 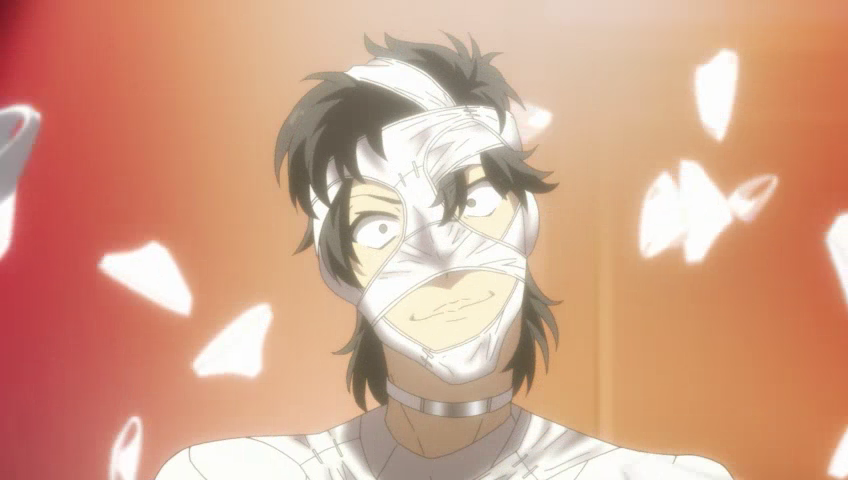 The whole episode was full of the most wonderful deranged imagery with fantastic flowery dialogue to match. My personal favourite was watching White Peak bask in glory as underpants fluttered around his head, turning to Kosuri and asking "why would we leave this Garden of Eden" as knickers settled gently on his head. The true genius behind Shimoneta is that it can have such ridiculous imagery that nevertheless remains relevant to the plot, themes and characters. You are making hilarious jokes with laugh-out-loud moments while contributing to its meaningful story. They even did something with Anna's character that wasn't just attempted rape again. If I must come up with some criticism, it would be that I didn't really understand what the hell Kajo was saying with her final "I want to become a dirty joke" speech. Sure it sounded impressive but I'm not sure she really knew what she was trying to say with that herself. 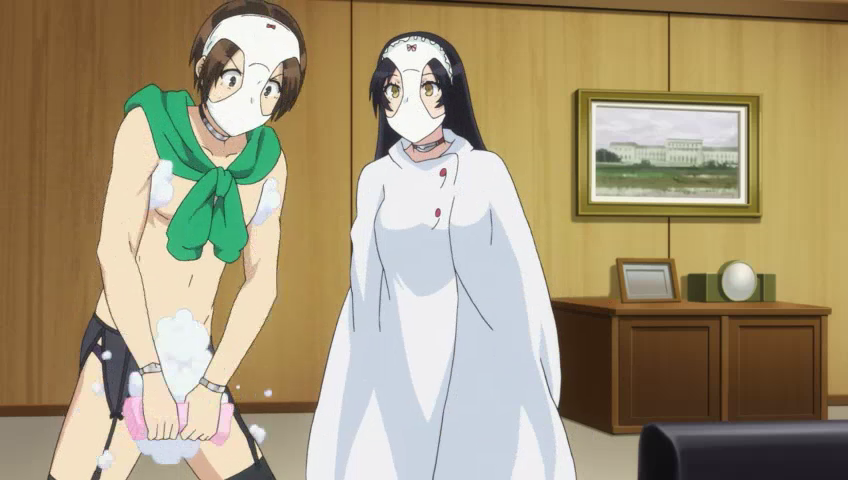 Other than that though, this episode was damn near perfect. I feel like I could just provide a list of all the ridiculous, brilliant things that happened to demonstrate this point. A group of escaping hostages barge past a gang of terrorists wearing underpants on their head by distracting them with drawings of underpants. A man covered in underwear is rendered immune to a stun gun due to him being covered in so much sweat, bodily fluids and white wine that he is protected by the layer of moisture. A man dressed in a garter belt tries to disguise his odour by furiously scrubbing his armpits and crotch with soap so he can negotiate with his once childhood crush turned mortal enemy. A burgeoning young scientist encourages our hero to do something embarrassing by informing him that "they had seen his quivering hole be tainted so many times before" in the magazines they had all read about him engaging in sexual acts with a fellow male classmate. This all happens while delivering critique of censorship laws that have been introduced in Japan. Shimoneta is an incredible anime.