Detailed Guide to the Lovable World of Non Non Biyori

Ever wonder what it’s like to live in the countryside? Well, look no further. Non Non Biyori takes place in the small town of Asahigaoka with a school of only five students. Let's take a deeper look into the background and origin of this cute and comical anime. 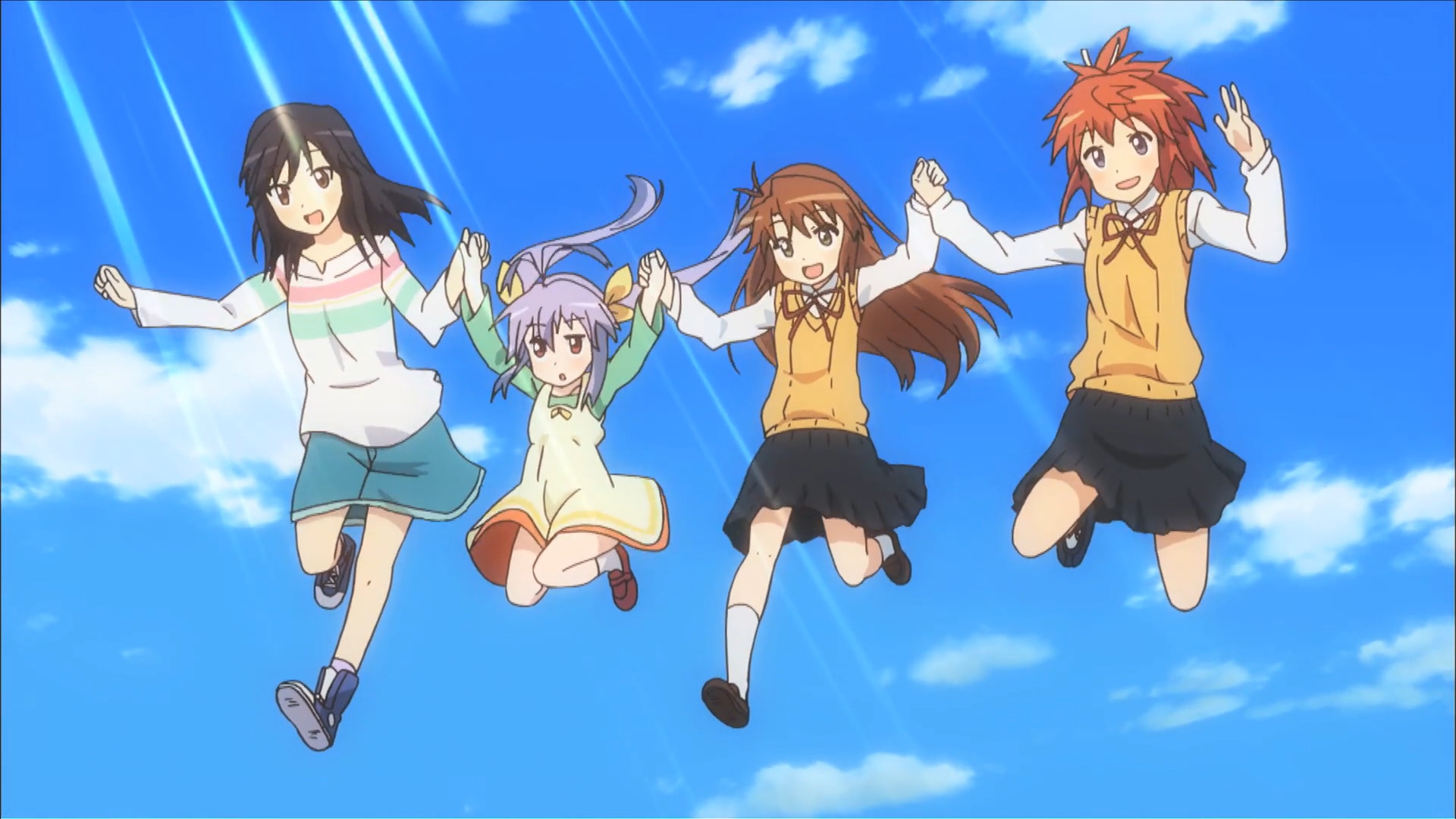 Non Non Biyori began airing in Japan on October 7th, 2013 until December 23, 2013. There are twelve episodes in the first season. A second season, Non Non Biyori Repeat started airing on television on July 6th, 2015 and is still ongoing. Written and illustrated by Atto, this anime revolves around the everyday lives of four young girls. Set in the quiet countryside of Asahigaoka, Non Non Biyori shows what life in the countryside can be like.

Located approximately six hours away from Tokyo, there are no tall office buildings or convenience stores nearby and public transportation is limited. The last train to their village is at 8 o’clock in the evening, and the bus only comes once every two hours. This quiet village has a limited population, where there are only five students in the whole school and none of them are in the same grade. However, all the people who live in Asahigaoka are friendly and on good terms with each other. Most of them grew up together and spent their childhood playing outdoors and exploring nature. They do not lock their front doors, something which is unfathomable to someone from the city. The concept of what is normal can differ greatly between the quiet countryside of Asahigaoka and the bright and busy city of Tokyo. In Asahigaoka it is normal for families to own their own mountains, whereas in Tokyo it is normal for there not to be any plants or dirt in places other than the park. And although it may seem like Asahigaoka is an unreal place, villages like Asahigaoka still exist and are not as uncommon as you would think.

In the slow paced home of Asahigaoka, the main characters enjoy activities like making dried persimmons, planting rice, picking edible plants to eat from the mountains, and stargazing at night. Although all four of the main characters are of different ages, they are able to enjoy each others company and overcome the age gap between them. Other than her older sister Komari, Natsumi hangs out with Renge the most, and Komari and Hotaru are best friends. They frequently go to each others houses, and hang out together after school. Even some of the adults like Kaede and Konomi who are much older than Renge and Hotaru, still participate in some of the activities with the other girls as well. And Konomi, who is a high school student and lives next door to Komari and Natsumi often visits the Koshigaya family.

Living in the countryside with not much to do, the girls invent new games to amuse themselves, such as ‘knock down the ruler’ and ‘eraser flick’, both of which can be played indoors which makes them perfect for rainy days. One of the interesting aspects of this anime is the fact that none of the characters are the same age. Their age difference doesn't stop them from creating true bonds and lifelong friendships with one another. You can tell this by the way that the older girls in this anime, such as Hikage and Konomi, still hang out with Natsumi and the rest of the girls whenever they get a chance. There is a lot of history between all of the characters in this anime. Because they've known each other since they were young, they share many good and bad memories, as well as secrets and embarrassing moments. There are many cute flashback episodes where we can take a look into their childhood. We can see what Renge was like as a baby, and how Kaede had a hard time babysitting her, and how Natsumi used to love and look up to her older brother Suguru, whereas now she frequently teases and plays pranks on him. We can also see how Komari used to carry around a teddy bear named Shoukichi-san with her wherever she went. These embarrassing episodes of the main characters add a certain flavor to the anime and help the viewers get to know the characters better.

A little bit about the characters 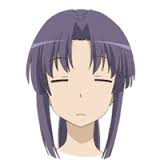 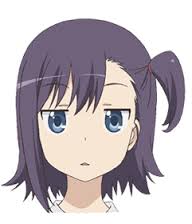 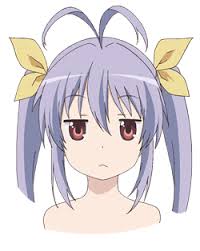 Kazuho is twenty four years old and the teacher of the Asahigaoka branch school. Her hobby is taking naps and she is always sleepy. She is also frequently late for school and usually has to be woken up by her younger sister Renge who is only six years old. She is also often scolded by Renge because of her sleepy expression and lack of passion for teaching. Because their family owns mountains and fields, Kazuho has the students help with planting rice every year. She has a very easy going personality and never gets upset or angry with anyone. Hikage is the middle child and is a first year high school student. She goes to a high school in Tokyo, and frequently brags about how she has become a city girl. Unlike her older sister, she gets worked up about small things easily and has a hard time saying no to Konomi, but usually gets dragged into doing things. She is not very good with details and has a simple but warm personality. Renge is the youngest child and is in her first year of elementary school. Although being the youngest child, she is probably the most reliable of the three sisters. Her older sister Kazuho usually takes care of her due to the fact that their parents are always busy working in the fields, and never once make an appearance in this anime. 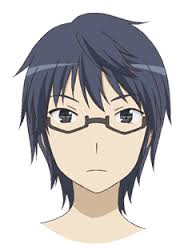 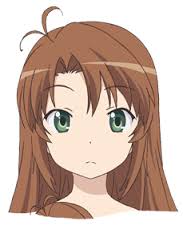 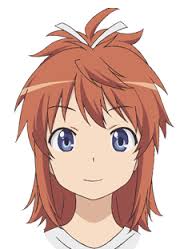 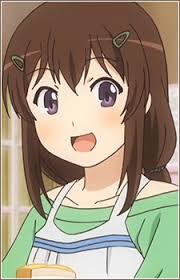 A graduate of Asahigaoka branch school, she is now a third year student of a high school nearby. She lives next door to the Koshigaya family and frequently visits Komari and Natsumi. She is always very bright and talkative, and her outgoing and strong personality is very similar to Natsumi. She talks Hikage into coming home for the culture festival at their old school, and doesn’t give Hikage a chance to say no. She is very straightforward and direct when speaking and also plays the flute. 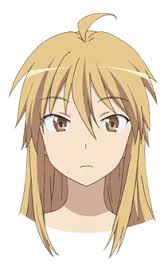 Kaede took over the family business from her grandmother a couple years back. She now tends the candy store by herself, and turned the old fashioned store into a place that rents out ski goods, sells home furniture, and takes and delivers orders for online shopping. She has long blond hair and was Kazuho’s junior in school. Kaede has a hard time saying no to Renge’s requests; she teaches Renge how to ride a bike, visits her when she catches a cold, comes to her school’s culture festival, and even gives her a piggy back ride when she grows tired of walking. She is also good friends with Hikage as the two went to the Asahigaoka branch school at roughly the same time. She spends New Years Eve with the Miyauchi family, and the four girls climb up a mountain to see the first sunrise of the new year. She is boyish with no interest in fashion, and her facial expressions hardly ever change. However, she is surprisingly good at taking care of babies and is a good cook. Other than Yukiko, she is usually the one who gets angry at Natsumi for her harebrained schemes that get everyone involved and usually wind up a disaster.

1. The secret base in the woods near the river where the girls dive off the bridge was built by Hikage and Kaede.

2. The word ‘nyanpasu’ became so popular that it was selected 1st place as the anime word of the year in 2013.

3. The anime Non Non Biyori was ranked 3rd place in the men’s category of ‘Fall Anime 2013 What to Watch’

Who should watch it

Slow paced and heart warming, this anime is recommended for both children and adults. Non Non Biyori is typically more of a girls anime, but can still be enjoyed by men. 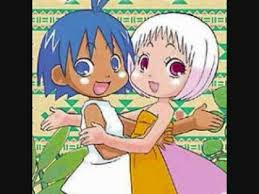 This anime is about a 10 year old boy named Hare and his ordinary life in the jungle, until he meets a cute but mysterious girl named Guu, who turns his life upside down. Slow paced and comical most of the time, the characters in this anime usually have an easy going, no worries type of attitude. However, there are a few serious and deep moments that make you realize that life in the jungle is not sunny all the time. 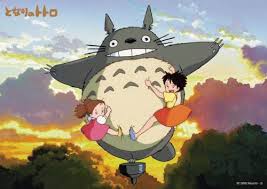 Written and directed by Hayao Miyazaki and produced by Studio Ghibli, Tonari no Totoro is the story of two young sisters, Satsuki and Mei, who move to the countryside with their father and become friends with a strange looking mysterious creature in the forest.