In this week's Akagami no Shirayukihime, the appearance of a new character gives the story a chance to develop in a remarkable manner. Shirayuki also proves once again that she's not a damsel for anyone to save, and she also does some saving of her own from time to time. 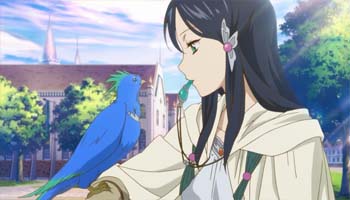 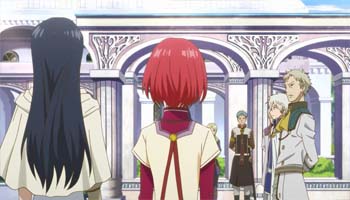 In this episode of Akagami no Shirayukihime, the show hits an exciting climax as we see all the story arcs come together. The previous episode hinted that Zen might get a chance to prove he's a responsible prince, and the opportunity arises in this episode. A citizen, from an island occupied by Clarines, has come to speak with Prince Zen regarding the matter of the island's lord hunting down their beautiful blue birds. The birds help the citizens make a living, so they want Lord Brecker to stop hunting them for sport. Kiharu, the citizen, brought the problem to Zen but he knew he couldn't intervene in it, because it's a matter between Brecker and his citizens. It's bureaucratic red tape which Brecker actually took advantage of when he told Kiharu to present the matter to Zen. He wanted to point out that Kiharu couldn't do anything about him hunting the birds. It should've been an open and shut case, except Kiharu had a small chat with a certain red-haired girl before meeting with Zen. 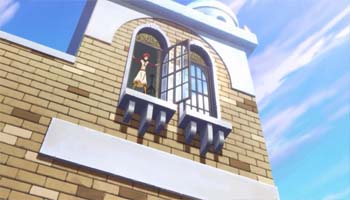 Shirayuki gives Zen a brilliant idea to help Kiharu and the citizens. She suggests that he should use the birds as official messenger birds for Clarines, since they can relay messages from far away locations faster than horses. This'll benefit Clarines and the birds as well, since the island will be considered a natural preserve. Zen needs to convince Brecker and other nobles that the birds can do the job, so he sets up a test for the birds. Shirayuki is roped into participating, and she was left alone with the arrogant lord because they're positioned in a tower to confirm if the bird delivered the message. Brecker took this opportunity to bribe Shirayuki but it didn't work, so he had her locked inside the tower. We've seen in previous episodes that Shirayuki is someone that couldn't be held down, even if you tried. She once jumped out of a second story window, so what's stopping her from jumping out of an even higher tower into a lake? Nothing can, and it proves that you shouldn't oppose her. She's determined to go after the special bell Brecker threw into the lake, and gets injured in the process. With her sacrifice, the test was a success and Zen proved he can fix a problem even with red tape all over it. 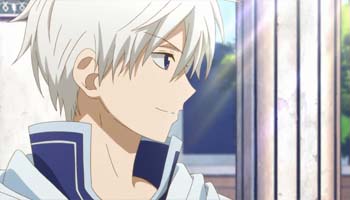 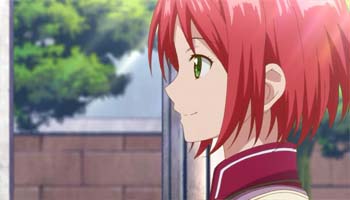 Upon hearing that Shirayuki is wounded, Zen rushed to her side. You'd think the show will indulge us with another hand holding, since that's all they've been doing for a long time now. Maybe they'll hug too since it's the perfect gesture in this scenario of a worried Prince rushing to his injured maiden's side, but the show took it to another level. Zen marched up to Shirayuki's room, and then he held her close. He brushed aside her hair, and he did this: 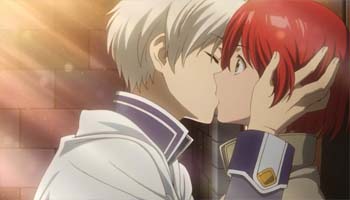 Yes! They kissed. Never mind subtle declarations of love, because Zen just made the ultimate gesture. Upon hearing that Shirayuki will support him, despite Zen not being able to act on his own feelings, he finally took a big step forward. He showed Shirayuki that he is finally ready to love her, and tell the world about it. 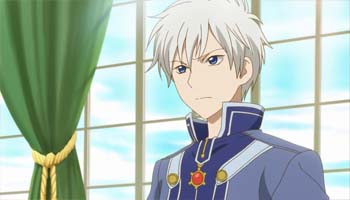 In previous episodes, Zen is just a guy struggling with his status and his princely duties usually just involve paperwork. It's different this time, when he is asked to solve this matter between Kiharu and Brecker. He presented himself as a responsible prince, since he didn't give into his emotions. He assessed the situation and decided he can't intervene in the matter, but he also proved to be a caring prince when he gave Kiharu a chance to save the birds. Shirayuki helped Zen though, but it's a part of what makes Zen a great prince. He looks to others for advice, and his love for his citizens is his main motivation. The test is a brilliant way to help Kiharu and benefit the country, so it truly displays how upstanding of a prince Zen is. He even got Izana's approval, but big brother is still not impressed. Zen must try harder to convince Izana that he is worthy of his royal status. 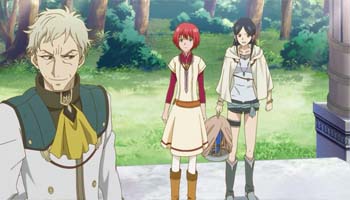 Part of what makes this anime exciting is the inclusion of antagonists, since there are very few of them. Izana is the last one we got, but his behavior is later explained to benefit Zen. In this episode, we got another chance to see an arrogant noble assume the role of the bad guy when Brecker starts causing trouble for the characters. He looked down on Shirayuki for her red hair, and told her that she can never be with Zen because of her lowly status. He intervened in the test, threatened guards with his noble title, and just acted like a jerk throughout the episode. He even laughed like an arrogant bad guy, and it was refreshing to watch. Of course, this antagonist won't stay in the show for long but it's still nice to see some degree of villainy in this gentle shoujo anime.

With the show reaching its climax, the next big conflict that'll impact the story might be presented next. It might focus on the relationship of Zen and Shirayuki, after Zen's bold romantic gesture. It could also focus on the next matter Zen will have to address, and it could be the opportunity for Izana to finally acknowledge his little brother has grown into a reliable prince.