In this week's Aoharu X Kikanjuu, a character makes a bold revelation that affects the fabric of Masamune's team. Another character also confronts an old enemy even bringing their airsoft gun to a hospital. 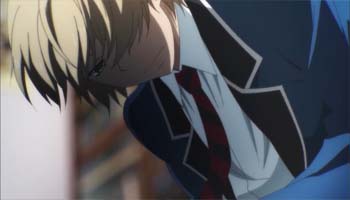 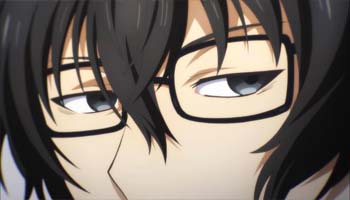 In this episode of Aoharu X Kikanjuu, Hotaru decides to tell her important secret to her teammates. In the last episode, she regained her confidence and decided that it's time to tell everyone she's actually a girl. This will all happen in this episode, but Hotaru is still nervous because she doesn't know how they will react. Before she could tell her secret, she is invited by Masamune for a dinner together with Toru. It's the perfect opportunity to tell them her secret, but Hotaru kept stalling because she can't find the right time to speak.

This episode is probably the tensest one yet, and it's funny that the thrill doesn't come from anyone holding a gun but from the relationships of the characters instead. The narrative is especially well-executed for this episode, since a lot is told from the glances the characters make. During dinner, Toru kept staring at Hotaru with a look of suspicion as if knowing something is up. Masamune gave serious glances as well, as if something big is about to happen. The uncertainty of the moment makes this the best scene in the series so far, even trumping their first confrontation with Midori. Hotaru is an honest person, so I think Masamune and Toru can easily pick up if something is bothering her. The glances actually gives you an idea that they might already know her secret. You'd think every time they stop her mid-sentence, when she is about to tell her secret, is a sign that she doesn't need to confess. Hotaru gets a moment to speak her mind though, but Masamune has something to say first. 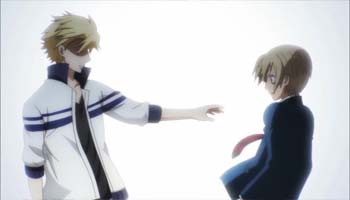 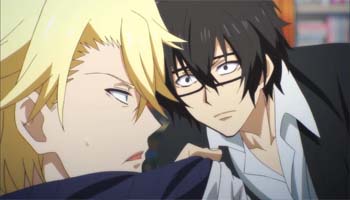 Masamune tells Hotaru to quit the team. She is shocked, and I thought Masamune wanted her gone because of her gender. This is not the case, as Masamune stubbornly declared that he only took Hotaru in so they could have a third member. He said it in the coldest way possible, and then slammed the door behind her. The secret is intact, and the moment is overshadowed by Masamune's personal conflict. It came out of nowhere, and the buildup is pretty wonderful. Toru can see right through Masamune's bad guy façade though, and he explains that Masamune actually wanted Hotaru out because their emotional baggage might affects her love for survival gaming. Masamune thought that he might ruin the game for Hotaru. Toru is annoyed by this decision though, and expressed his anger towards Masamune. He claims that there is a much better way to handle it, and Masamune is in the wrong. 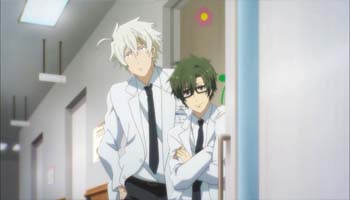 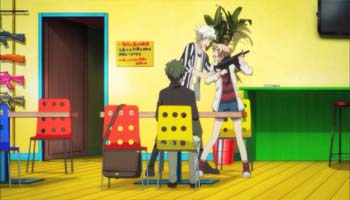 This episode has a lot of surprises, and Toru suddenly getting angry over Masamune isn't the last of it. Hotaru is someone that doesn't take anything lying down. She's a woman of action, so she takes the necessary steps to smooth things over with Masamune. She marches to Midori's hospital, and points a gun to his face. Of all people, she went to Midori and challenged him to a fight. Midori sensed the rift in Masamune's team so he decided to talk with Hotaru first. She insists on fighting with him though, and Midori accepts her request. The episode ends with Midori putting on his evil face, and invites Hotaru to the place where they'll fight. 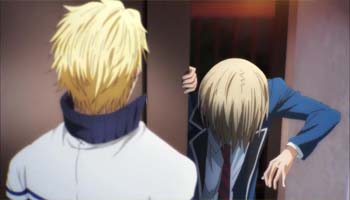 Things are finally coming together for this anime, as we witness the best episode so far. Every character finally assumes an important role for the show. This new conflict will benefit Masamune's group in the long run, but they need to overcome it first. Masamune's hang-ups are finally being addressed. He is usually a happy guy, who loves survival gaming, but previous episodes prove that his anger for Midori is bigger than his love for the sport. Seeing him act coldly towards Hotaru is a great way to give depth to his character, and it finally opens a path to discuss the past. The former teammate is in the opening sequence, so she might still appear and her debut might finally be upon us. 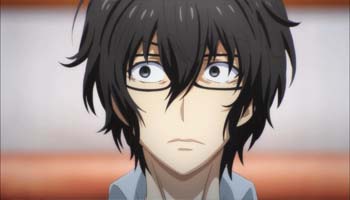 Masamune's sudden turn is surprising enough, but I'd never expect Toru to express his anger towards Masamune. He looks up to Masamune, and follows him like a loyal pet. This is the first time he ever opposed Masamune's decision, and it came at an opportune time. Toru is a perceptive guy, despite his lackadaisical attitude, so it's nice to see him speak his mind for the first time. With him being the voice of reason, he is now more than just the weird character everyone tolerates because he is handsome. 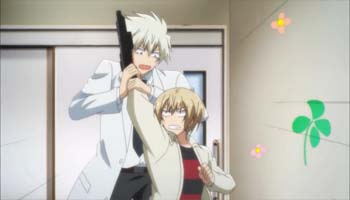 Hotaru coming to Midori's side is a surprising turn of events. He is the enemy, and an evil guy that toyed with Masamune before "killing" him in the TGC tournament. Despite this, Hotaru still comes to him for advice. She might only be using the attempt to defeat him as an excuse to blow off steam, and there might be some heartfelt advice after their fight. I find it interesting that she looks to Midori for comfort, but I also believe he'll help her a lot. After all, her secret is still kept hidden and it's still considered a bombshell that'll damage the group.

The conflict between the group will be resolved cleanly, but not before a tense confrontation between all three members. There might even be tears, if the show plays its cards right. It might make their resolution an even better moment than the one in this episode when Hotaru decided to tell her secret.