GLORY Never Fades! How a Chinese Show Took the Anime World by Storm

Despite its unusual origins, The King's Avatar enjoyed surprising success. And for its creators... the game is just getting started.

This article was written by Congress and edited by SendPieSenpai and Aene of the MAL Articles Club.
Interested in writing or editing for us? Click here! 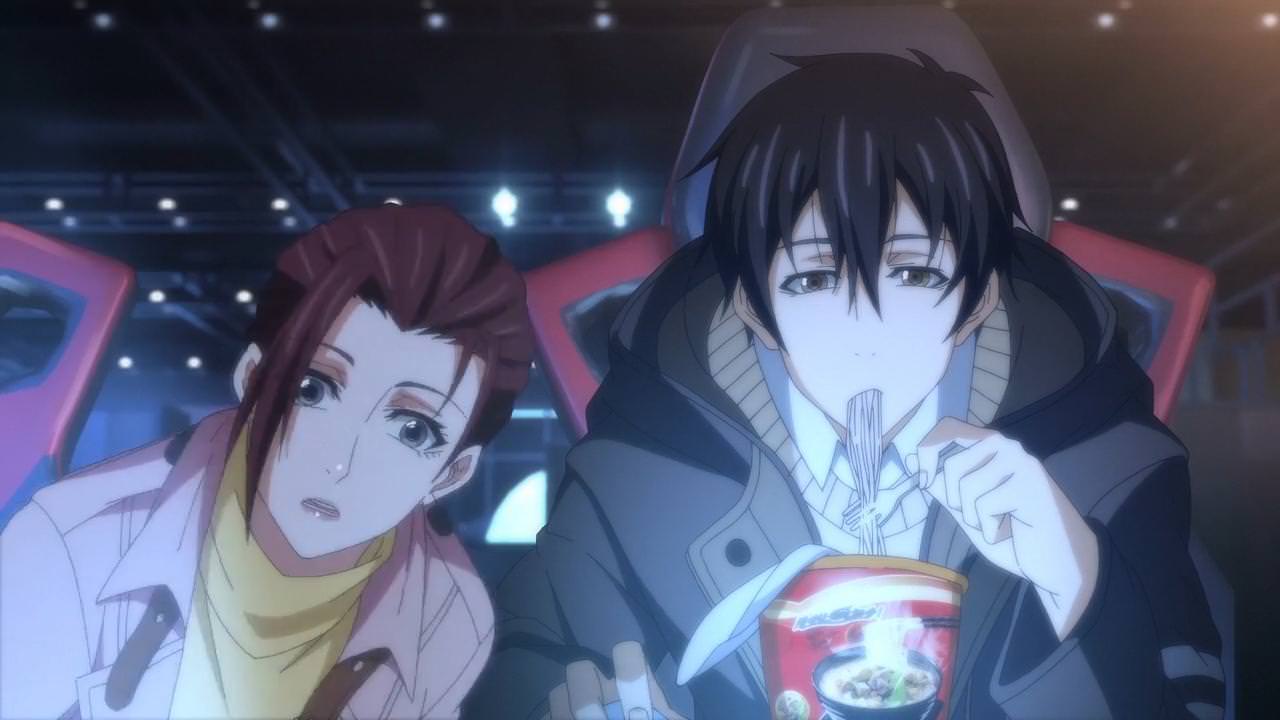 Picture this: your mother bursts into your room and her eyes fall on your computer screen. She sees that you’re watching The King’s Avatar, and she’s absolutely livid. “Stop watching those gosh darned Chinese cartoons of yours!” Just as you’re about to object and tell her that the correct term is anime, and that it’s actually from Japan… you stop. You slowly turn your head back to the screen as the horrifying realization dawns on you. For once… she’s right.

Player 2 Has Entered the Game 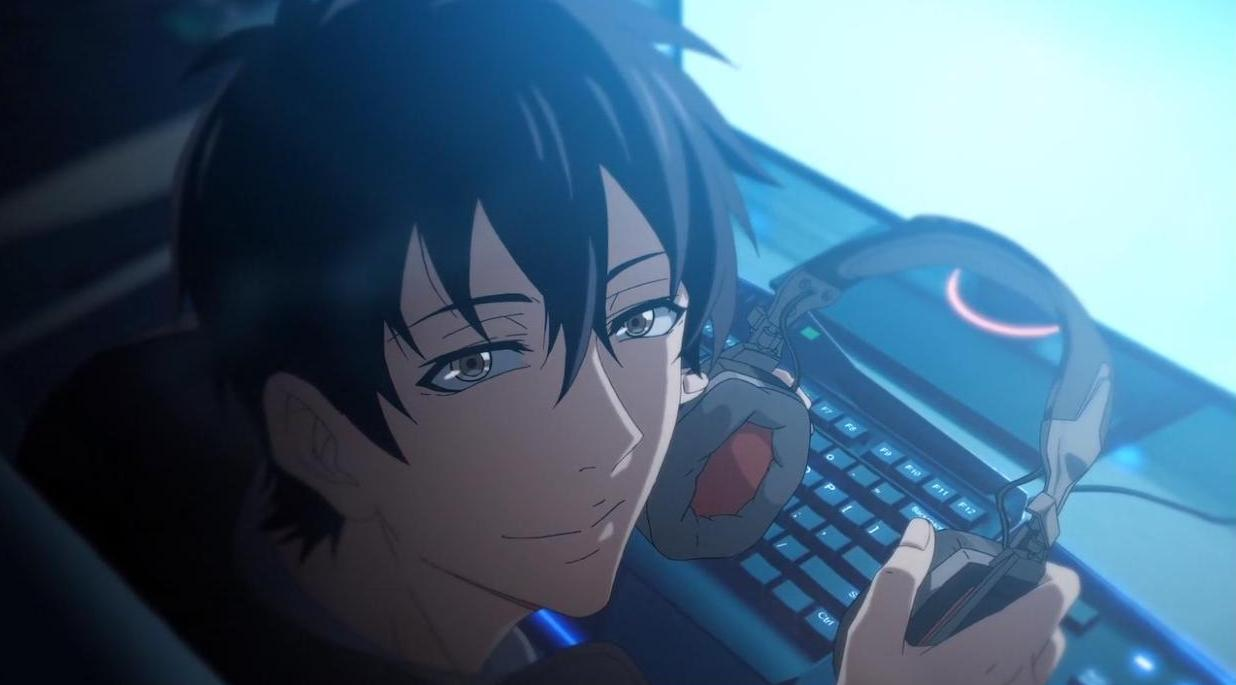 After years and years of running completely under the radar of anyone not living in China, the Chinese animation industry has begun to look outwards, and the results have been remarkable.

And just this past Spring Season, Quanzhi Gaoshou – a Chinese ONA based off of a web novel of the same name – took us all by surprise. As of November 29th, 2017, our database entry for Quanzhi Gaoshou (A.K.A The King’s Avatar) has been added to 117,000 anime lists and is scored at a healthy 8.10 out of 10. That makes it MAL’s 434th highest rated title. It’s certainly not the best of the best, but a dark horse that can make such a place for itself among hundreds, if not thousands, of Japanese animations is certainly nothing to scoff at. A second season of Quanzhi Gaoshou is already well into production (if rumors are to be believed, there are at least five more seasons coming), and it seems that this series may be the one to spearhead China’s growing stake in the world’s animation industry.

Long held back by rampant plagiarism, low production values, and government restrictions, it seems China’s animators – and their millions of avid fans – are finally starting to overcome those issues. China’s animation market is expected to hit 22 billion USD in value this year, surpassing Japan’s to become the second largest animation market in the world – after America’s. Like it or not, 2025’s Waifu of the Year may very well be Chinese.

The World of GLORY: Reasonably Stalwart, Fresh, and Compelling 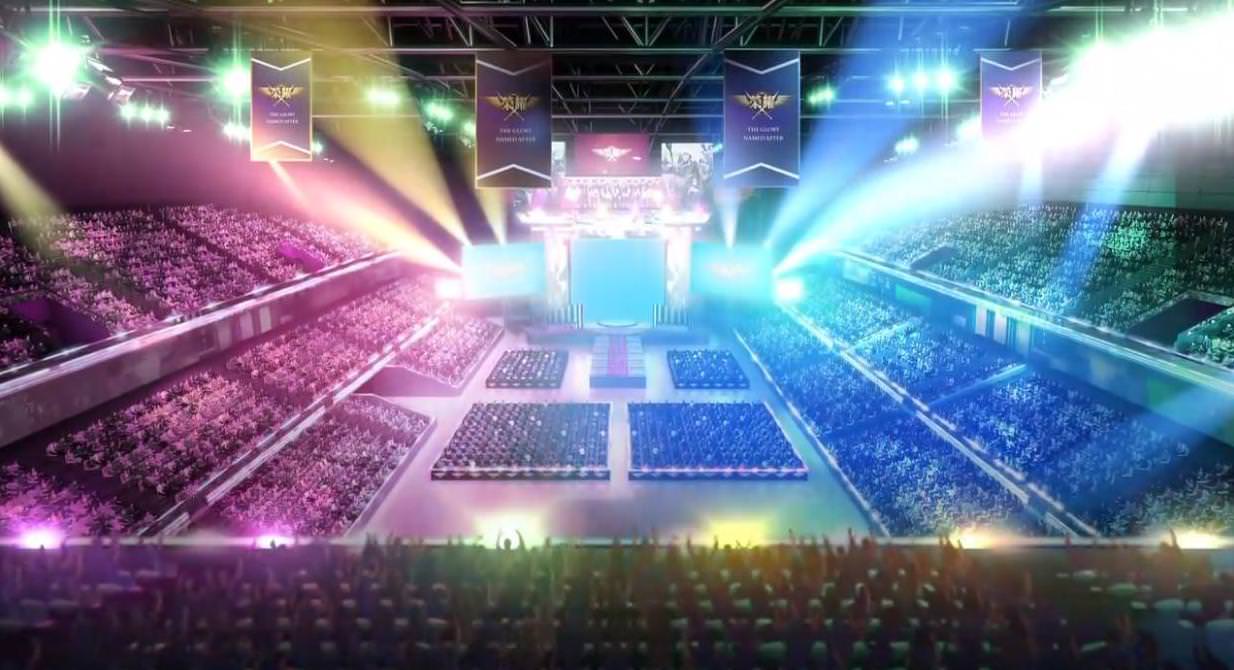 The venue for one of GLORY’s many Pro League Tournaments

In Quanzhi Gaoshou, GLORY is a popular, open-world MMORPG with its own competitive scene. Ye Xiu, an extremely skilled professional GLORY player, is kicked off of his team to make way for a newly transferred pro-gamer. His famous player character One Autumn Leaf, “The Battle God,” is taken from him and given to this young upstart. He is then blackmailed into announcing his retirement, which bars him from playing professionally for at least a year. Penniless and without a place to go, he takes up work as a supervisor at an internet café. From there, starting nearly from scratch, he vows to make his way back to the top of GLORY’s pro-scene.

This pitch certainly works, yes. But the “OP character in an unfair world” premise is not uncommon, and one could argue that it’s not particularly gripping, either.

So then, how did it happen? How did this show make such a sudden rise to prominence? It certainly wasn’t the hype; promotion outside of China came almost exclusively in the form of word of mouth, with fansubbers and readers of the webnovel leading much of the effort. Even we, your benevolent overlords at MyAnimeList.net, only made two Facebook posts about it before it started airing. 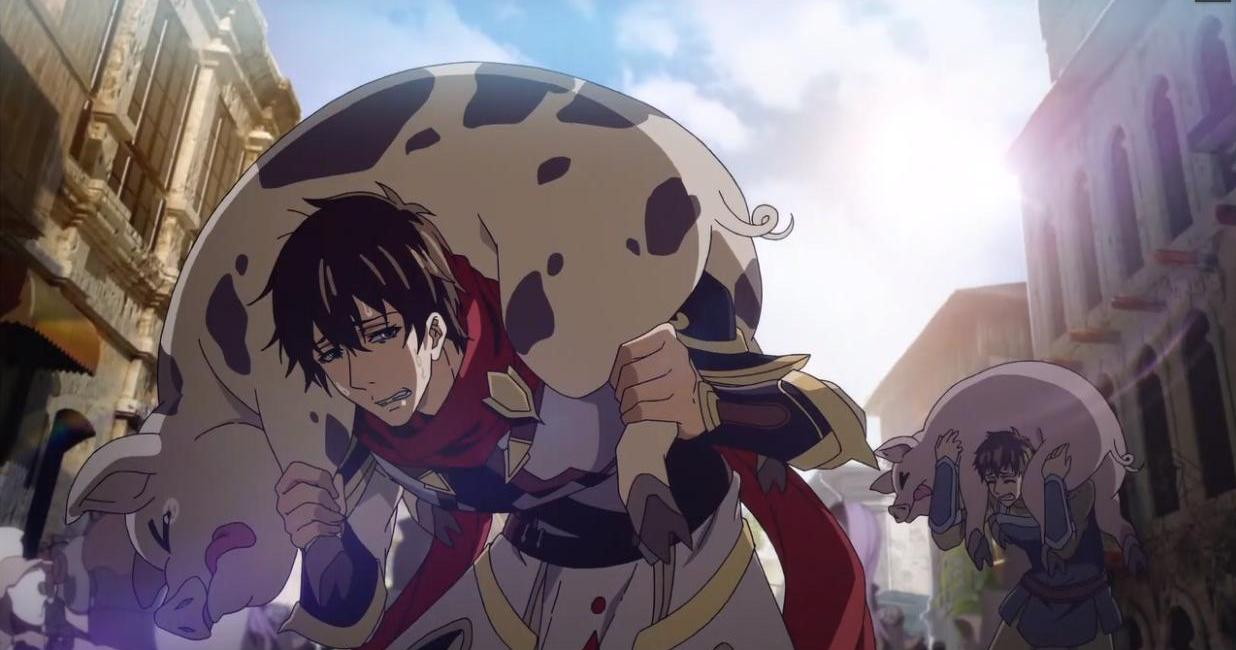 The fact that one of the season’s top airing shows was from China was enough to draw many people’s attentions. Toss in events presented in the context of an unfamiliar culture and driven by an unfamiliar language, and we ended up watching a show that was, for many of us, as fresh as could be.

And though the show’s central pillar, competitive gaming, does not seem groundbreaking at a glance, it’s actually not something we’ve really seen before. Anyone who professes to be an anime fan can tell you that there is no shortage of video-game-themed shows floating around in today’s anime market. But where the majority of such shows used video games as a backdrop for what are ultimately Isekais (Overlord, Log Horizon, Sword Art Online) or vapid comedies (Netoge, Gamers!), Quanzhi Gaoshou used video games as a tool to advance a surprisingly mature drama.

Again, it was fresh; the show took a familiar concept and presented it in a way that, despite being obvious in hindsight, had not been done before.

Of course, freshness alone does not win the day. A “chef” can have all the fresh ingredients he wants – if he can’t cook, however, the result will almost always end up being a tragedy.

So what’s the verdict? Can G.CMay Animation & Film, the studio behind Quanzhi Gaoshou, cook? Can they make a good show?

According to the majority of viewers, the answer is a resounding “yes”, but this is not without its caveats. Like a plate of Kung Pao chicken from your nearest Chinese takeout restaurant, Quanzhi Gaoshou is tasty, filling, and downright addictive. But to call it a technical masterpiece would be doing yourself – and perhaps your bowels – a huge disservice. 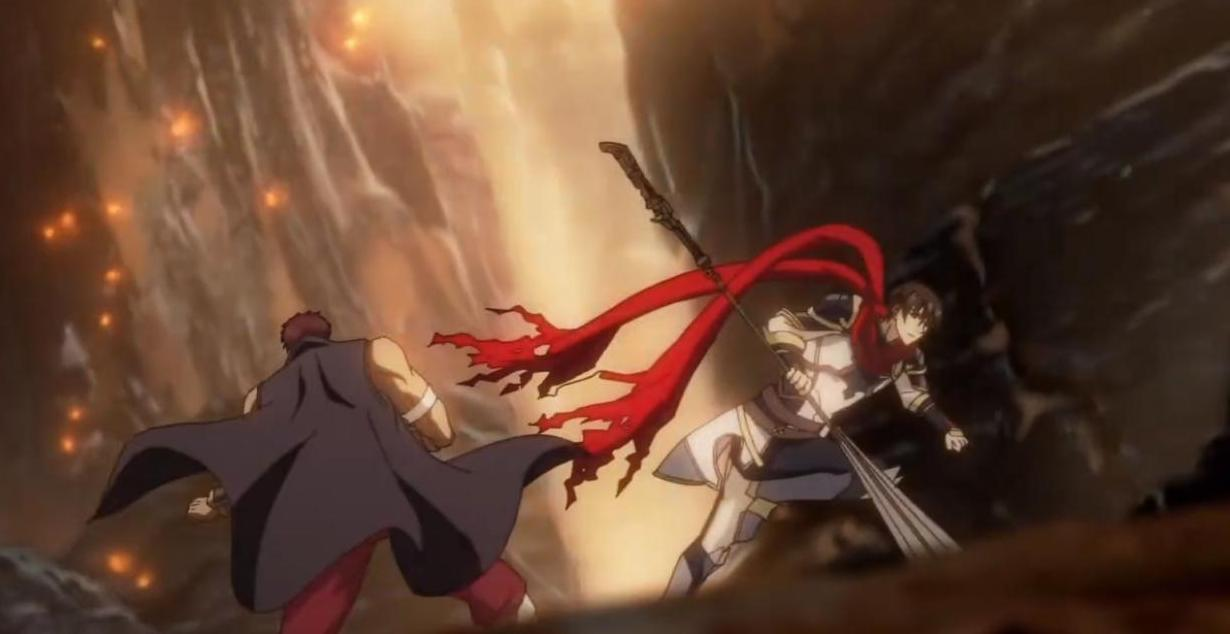 In what might be a testament to its pioneering nature, Quanzhi Gaoshou experiments quite a bit in mixing CGI with traditional 2D art. Nearly all of the show’s backdrops were done with CGI; in this application, the results were great.

But, as usual, the same techniques don’t translate well to animating human characters.

Meanwhile, the music was well done… when it wasn’t lifted from other shows.

And it shouldn’t come as a huge surprise that the story’s actual drama was fairly run of the mill.

But really, who am I kidding? At the end of the day, Quanzhi Gaoshou is a darn good show.

Did it have compelling characters voiced by talented VAs? Check. Interesting plot development? Check. High quality action scenes that none of us would ever have expected to come from a Chinese animation studio? Check, check, and check.

Combined with the show’s novelty, all this gave Quanzhi Gaoshou the potential to go viral and succeed. And oh, did it ever. View counts on Youtube videos with titles such as “This Chinese Anime Looks Better than Japanese Anime?” and “Sword Art Online Has A Chinese Knockoff That Does Things RIGHT” (as ludicrously wrong as that title is) surged overnight, and the mods at r/anime busied themselves with removing the posts about the show (“It’s not Anime!!!”) that just KEPT. POPPING. UP.

Per the aforementioned quirks – occasionally wonky animation, copyright issues, and the rather simple themes – the show was clearly not without its problems. Some might say that it was all just a fluke, and that China’s fall out of the animation industry will be as quick as its rise.

But I highly doubt it. With Tencent, China’s investments juggernaut behind it all, the Quanzhi Gaoshou IP is all but guaranteed to succeed in the long run.

And it will be GLORIOUS. 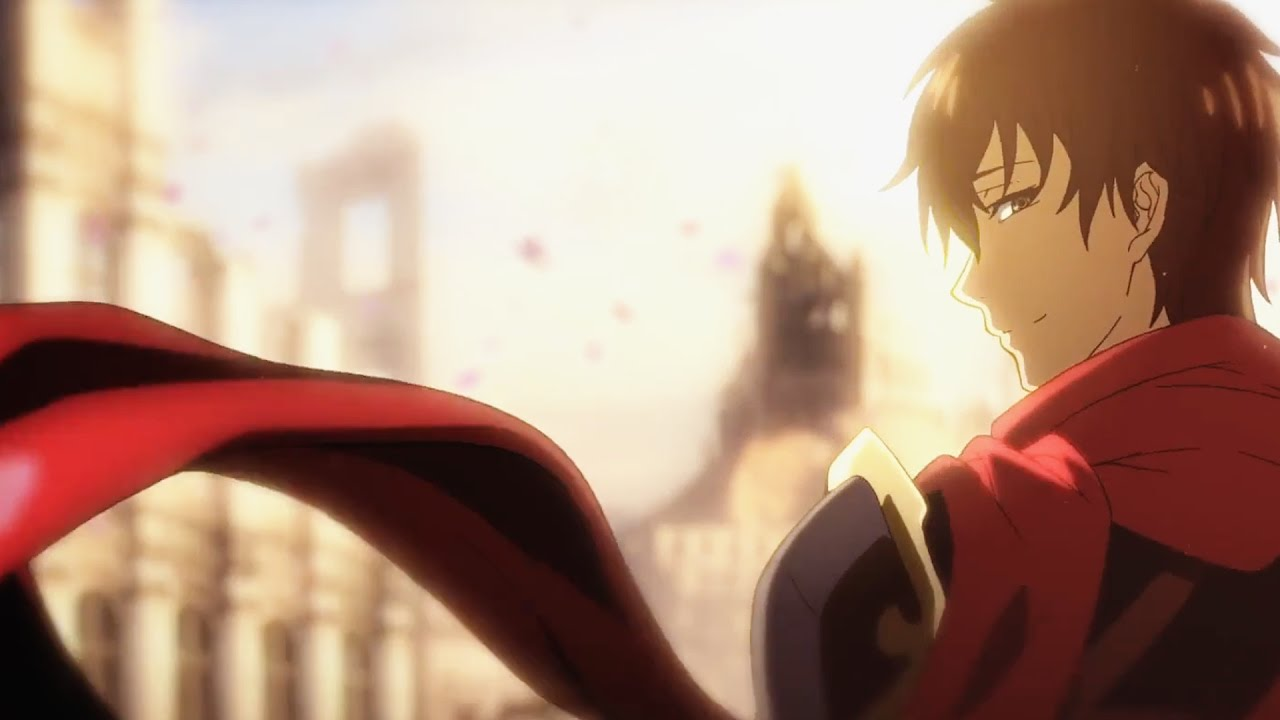 In the coming years, China’s animation industry will become a force to be reckoned with. With Fox Spirit Matchmaker’s arrival in Japan and Qidian/Bayi slated to provide official English subtitles for shows beyond Quanzhi Gaoshou, China’s available offerings to Western and international audiences will only continue to grow in number.

Will the Middle Kingdom supplant Japan as the world’s top producer of Japanese-styled animation? Unlikely – at least in the foreseeable future. However, the seeds have already been planted for strong working relationships between Chinese and Japanese animation studios (see Reikenzan and Gin no Guardian, among others), and it may be only a matter of time before Chinese studios are listed on a lion’s share of our database entries.

Indeed, Chinese cartoons are no longer just a joke that we scathingly repeat on forums and internet messageboards. They’re here… and they’re here to stay.

The Legend of Zelda game franchise has come so far since its debut, but despite its legendary status, rich history, and well-established characters, we still don't have a Legend of Zelda anime. It's about time that changed.

Romcoms are a genre of anime that has seen its fair share of cliches. Sakurasou, however, is unique.

At the first event of its kind held at the KADOKAWA offices in Iidabashi, Japan, I sit through 3+ hours of banter, industry guest appearances, and most importantly, 52 trailers for the upcoming anime of the Fall 2016 season.