This year will see the release of an unprecedented roster of blockbuster live-action adaptations, and they're a pretty mixed bag. We've rounded up their trailers and made some probably-completely-unfair judgements based on the trailers alone. 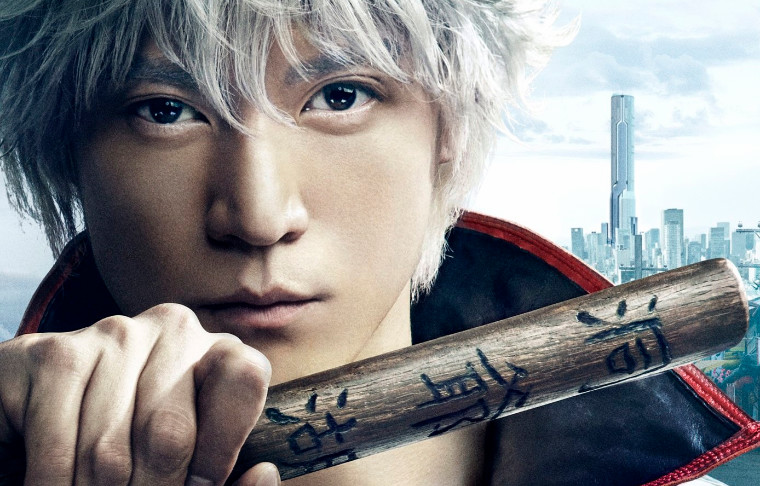 Hollywood has a long history of making movie adaptations of everything including books, video games, and even board games. Some adaptations do well. Others… not so much (Super Mario Bros. will be in our nightmares forever). And starting with the recent Ghost in the Shell adaptation, Hollywood is taking on anime. We don't have too much hope for future anime-to-big-screen transitions… at least, in America.

Japan's anime to movie adaptations, on the other hand, are another story altogether. Anime is often adapted into other mediums, generally in one big marketing scheme to milk a franchise for all it's worth. There are anime-based video games, collectibles, theater plays, and much more. Anime themselves are often an adaptation from manga, light novels, etc. It's one big game of telephone, but with generally less terrible results (and with that analogy, the author is officially dated). So when we hear about an anime movie adaptation from Japan, we expect something… well, at least something that doesn't suck.

This year has an abnormally large number of live-action anime adaptations in the works. We'll be taking a look at 6 of the biggest anime coming to the big screen in live-action movie adaptations. Here are the trailers for your perusal, and our thoughts.

Blade of the Immortal

Official Movie Title: Mugen no Junin (Blade of the Immortal)

Technically, this movie is not "upcoming" since it's already out, but we'll draw our thoughts from the trailer anyway. The anime had a lackluster reception, but the trailer looks like it's more balanced. It's bloody, action-packed, and includes plenty of hacking and slashing, but it also has heart and treats the characters right. We also love the trailer's quip: "Immortality is so boring, I could die."

Both have blood and gore galore but the movie has a hint of humor which the anime, by all accounts, lacked.

Netflix is getting into the anime game, but this trailer makes us worry. It's neither Hollywood nor Japan and seems confused about its identity. None of the actors look like the characters they're meant to portray. It's… pretty. Will Netflix turn Death Note into an empty action flick? We hope not, but the trailer doesn't exactly fill us with confidence. We're hoping the movie's great, and the trailer's just cut that way to appeal to a Western market.

Anime, meet Hollywood. The anime is about clashing characters and intellects; the movie looks like it's about cinematics. And seriously, what is with these casting choices!?

How do you capture the essence of JoJo? It's more than fabulous hairstyles and fabulous chins. It's about spirit. The trailer makes this one look surprisingly dark. We're hoping it has more fun than the trailer suggests.

If it weren't for the crazy hairdos, we'd question if this is a JoJo movie at all. Where is the spirit? The chutzpah? The Stands!?

This movie has been confirmed to cover the entire manga, making this the third attempt at adapting the manga into moving pictures. Can it beat the anime versions? We're not sure, but we're hopeful -- the trailer looks fantastic, promising lots of action and cinematics but also plenty of feels.

There isn't enough to go by on this short teaser trailer, but from what we can tell the movie looks sufficiently dark. And the mask looks great! Seriously though, that's all we can gauge. The trailer features a bunch of famous actors, and a pretty neat, concise description of the premise. The movie looks high on action, low on gore, but maybe that's just the trailer. Hopefully it'll strike a good balance between drama and action.

The mask nails it. Otherwise, pretty similar -- as far as we can tell from the short trailer.

How do you adapt one of the most gag-filled, widely-beloved comedy anime of all time? You start with a great cast (we took a deeper look at the cast when it was revealed in this article). The trailer takes a more serious tone than we'd have liked to see, but redeems itself with some sword-butt-slapping and Shinpachi's perfectly bewildered expression throughout. Though with all the possible story arcs to choose from, why do Benizakura?

It tries to be epic (due to the nature of the story arc), but there seems to be plenty of silliness thrown in as well. Needs more visual gags!