There are seven deadly sins: pride, envy, gluttony, lust, wrath, greed, and sloth. Many anime have incorporated the seven deadly sins as character archetypes; Kiznaiver does a great job at connecting them to an authentic high school experience.

This article was written by 16and and edited by TheCobraSlayer and Riles of the MAL Articles Club.
Interested in writing or editing for us? Click here! 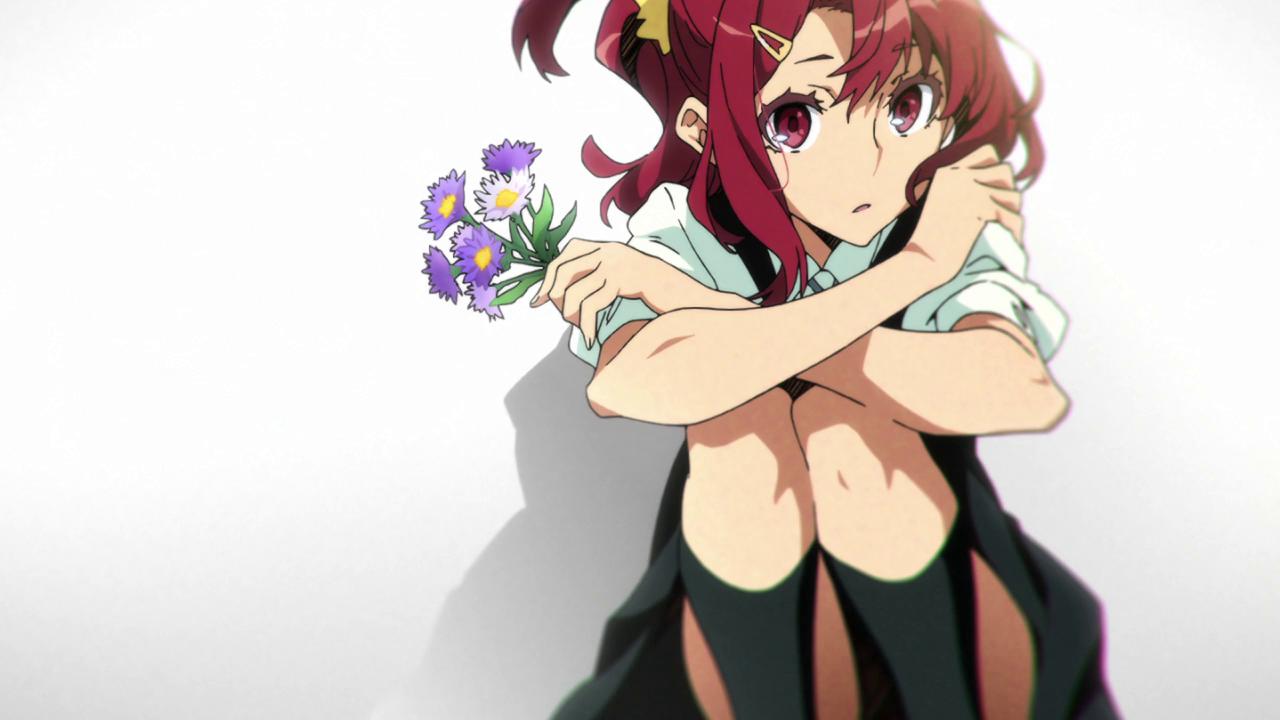 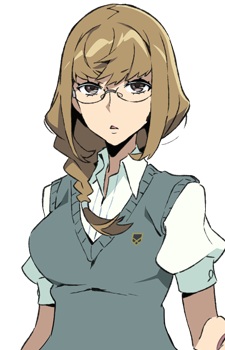 Honoka Maki represents the sin of pride. Pride is defined as "excessive belief in one's own ability that interferes with the individual's recognition of the grace of God", according to Adam Shannon, author of Sins, Virtues, and Tales. In Kiznaiver, Maki was once confident in her abilities, but they were not enough to pull her through every situation. After realizing the error in her ways, she attempts to put an end to her pride. Despite her best efforts, she is unsuccessful. The way Kiznaiver modifies pride results in Maki putting herself above others while acting cold and indifferent to those who attempt to establish a close connection with her. The twist lies in Maki's past and the situations she has experienced. 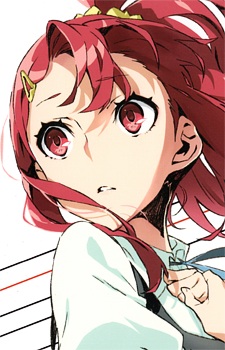 Chidori Takashiro represents the sin of envy. According to Adam Shannon, this sin is defined as "the desire for others' traits, status, abilities, or situation". Chidori often finds herself thinking envious thoughts. She mostly thinks about a boy she likes who does not notice her feelings and ultimately falls for someone else. She often finds it hard to suppress these thoughts, but she tries her best to keep them under wraps. Chidori is aware that her envious thoughts are selfish, but she can not stop herself from having them. The series modified the sin of envy by providing a character who acknowledges her envy and does her best to prevent it. Chidori is a character who can do no wrong, one who is straight-laced when compared to the other characters in the series. 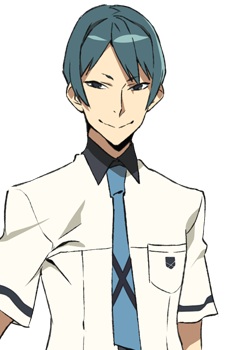 Tsuguhito Yuta represents the sin of gluttony. According to Adam Shannon, gluttony is defined as "an inordinate desire to consume more than that which one requires". Yuta started off as an overweight kid who ate an excessive amount of food. Throughout the anime, the audience sees several examples of Yuta's gluttony as a child. Gluttony is modified in this series by showing Yuta go through a change in what he desires. Yuta gives up on food and loses weight, changing himself completely in the process. He decides to lead the life of a cunning individual who occasionally indulges in the attention of others while maintaining a normal life. 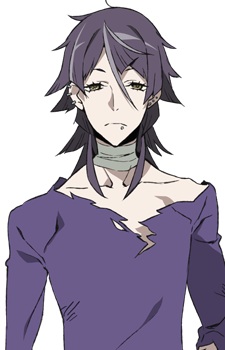 Yoshiharu Hisomu represents the sin of lust. According to Adam Shannon, it is defined as "an inordinate craving for the pleasures of the body". Hisomu tries to satisfy his lustful needs by any means necessary. Sometimes he puts his own pleasure above the suffering that is forced upon the rest of the group. In this version of lust, Hisomu is a masochist, seeking pain for pleasure. The characters in the series often find themselves suffering from Hisomu's choice to indulge in painful pleasure. 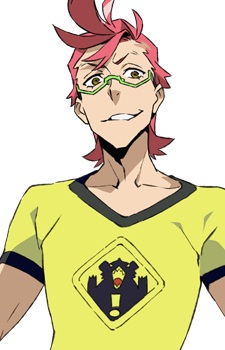 Hajime Tenga represents the sin of wrath. According to Adam Shannon, wrath is "manifested in the individual who spurns love and opts instead for fury". Tenga can be described as a muscle-headed thug. Throughout the series we see examples of Tenga acting out of anger, usually resulting in the use of violence. The Kiznaiver franchise modifies the sin of wrath by making Tenga's rage about love. Tenga finds himself in the position where he wants to love and be loved. However, the girl he likes does not return his feelings, causing him to react with rage by attacking those who get in his way. It can be argued that the reason for his violence changes throughout the series. However, one point that is certain is that he never starts a fight which has no purpose behind it. There is always a reason for his acts of violence, either for his love interest or for the friends he cares about. 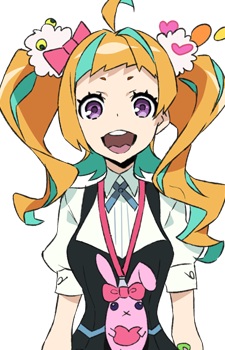 Nico Niiyama represents the sin of greed. According to Adam Shannon, the sin is defined as "the desire for material wealth or gain, ignoring the realm of the spiritual". Nico is a character that can only be defined as eccentric. She wears bright, colorful clothes and flaunts crazy hairstyles with some wacky accessories thrown in for good measure. At first, you would not define her as greedy. However, it is shown throughout the series that she can indeed act in a very greedy manner. When it comes to the person she likes, she will pull out all the stops to make him notice her. She finds herself wanting him even when she finds out that he does not return her feelings. The twist thrown on the sin of greed is the eccentric and somewhat unsettling personality that Nico possesses. She does not appear to be greedy but it is shown that she does indeed feel greedy desires. 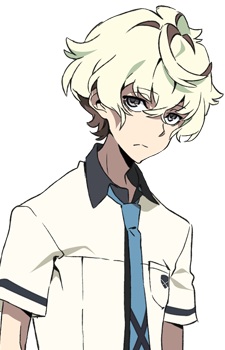 Katsuhira Agata represents the sin of sloth. According to Adam Shannon, it is described as "the avoidance of physical or spiritual work". Katsuhira avoids conflicts and other activities that would cause him the need to exert energy. He offers minimal emotion and interest to those that call themselves his friends. Out of all the characters, Katsuhira goes through the most change. Throughout the series, he becomes more emotionally attached to those around him and finds himself wanting to change. Kiznaiver’s twist on sloth is that Katsuhira is both emotionally uninvested and unable to feel physical pain. This prevents him from experiencing the same level of investment as the other members in the group. This lack of pain allows the sloth sin to really shine because it takes away the one thing an unemotional character can experience. Without pain, Katsuhira is unable to truly know what everyone in the group is experiencing, therefore making it even harder for him to feel emotionally involved.

The seven deadly sins are an idea as old as time. Kiznaiver provides a modern twist on this ancient idea. The series provides characters that represent each of the sins respectively and shows how each character deals with their sin in everyday life. While each character has their own sin, the show also presents the idea of them working together to overcome their sins and the sins of those around them. The modern day sins have arrived and with their arrival comes a new take on an old trope.

Arakawa Hiromu created a world in which women can be military leaders, run their own businesses, and be powerful alchemists without anyone batting an eye. Here are some ways Fullmetal Alchemist is breaking down barriers for females.

The Six (or Seven?!) Braves of Rokka no Yuusha

In Rokka no Yuusha, the Braves of the Six Flowers are chosen by the Goddess of Fate to fight off the Demon God. But when they all meet, they realize there are seven of them! Let's explore the personalities of these chosen warriors.